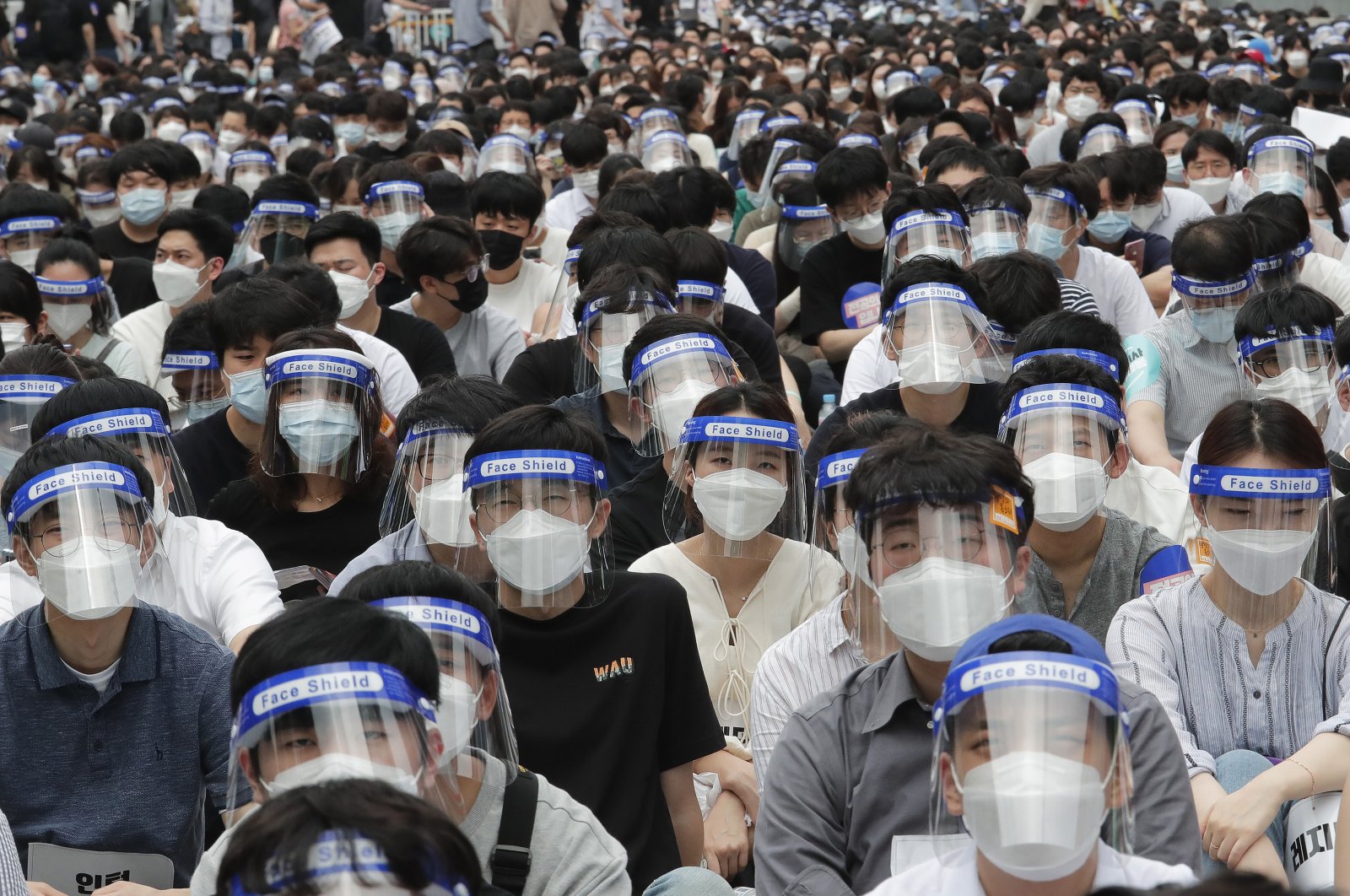 South Korea is banning large gatherings, shutting nightspots and churches and removing fans from professional sports in unprecedented restrictions announced Saturday as it battles the spread of the coronavirus.

Health Minister Park Neung-hoo announced the steps shortly after the Korea Centers for Disease Control and Prevention reported 332 new cases in the ninth straight day of triple-digit increases. The national caseload is now at 17,002, including 309 deaths.

While most of the new cases came from the densely populated Seoul metropolitan area, which has been at the center of the viral surge in recent weeks, infections were also reported in practically every major city and town, raising concerns that transmissions are slipping out of control.

The government has already imposed elevated social distancing measures in Seoul this week after resisted them for months out of economic concerns.

“We are now in a very dangerous situation that could trigger a massive nationwide spread of COVID-19,” Park said.

Churches had been a major source of new cases in the Seoul area before authorities shut them this week. Nightclubs, karaoke bars, buffet restaurants and computer gaming cafes in the greater capital region have also closed and spectators are banned again from baseball and soccer games, just weeks after teams had been allowed to sell portions of their seats.

The same measures will apply nationwide from Sunday, although Park said local governments will be permitted to exercise some level of flexibility, such as advising business shutdowns rather than enforcing them, if infections are low.

KCDC Director Jeong Eun-kyeong has endorsed even stronger restrictions. If there’s no sign that the virus spread is slowing after the weekend, she said the country should consider elevating social distancing measures to “Level 3,” which includes prohibiting gatherings of more than 10 people, shutting schools, halting professional sports and advising private companies to have employees work from home.

Yoon Taeho, a senior Health Ministry official, said the government will review the effect of the restrictions before deciding whether to strengthen them further.

As of Friday afternoon, more than 700 infections have been linked to a Seoul church led by a vocal critic of the country’s president. Sarang Jeil Church pastor Jun Kwang-hun was hospitalized with COVID-19 on Monday after participating in an anti-government protest last week where he shared a microphone on stage with other activists.

Police raided the church late Friday while trying to secure a more comprehensive list of its members who remain out of contact. Health workers have used mobile phone location data to identify some 15,000 people who spent more than 30 minutes on the street during the protest last Saturday and have been alerting them to get tested.