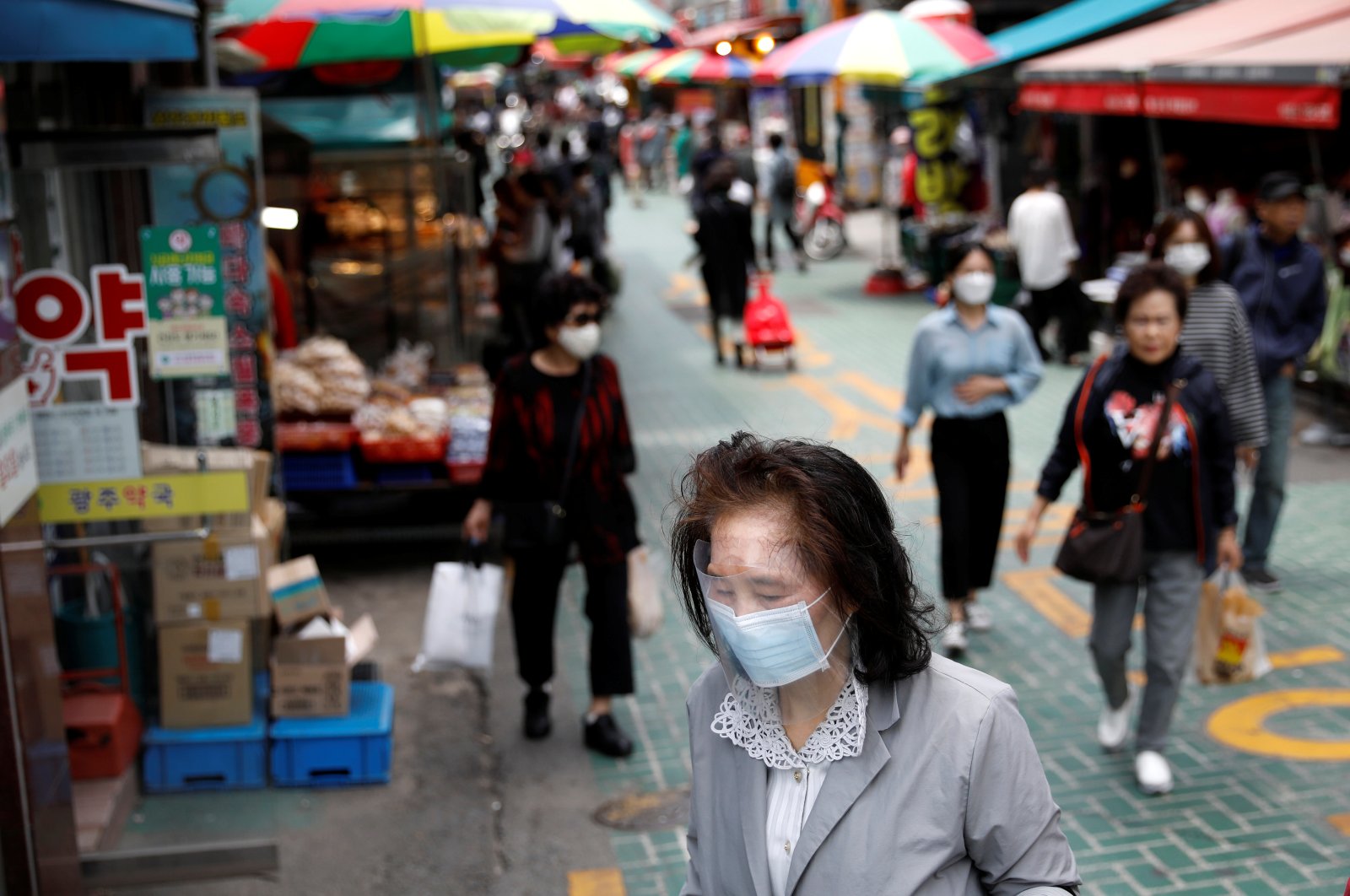 South Korea on Thursday reimposed a series of coronavirus social distancing measures it had eased early this month, as a series of clusters threatened to challenge its success in containing the epidemic.

The country has been held up as a global model in how to curb the virus but reported its biggest spike in new infections in nearly two months as life appeared returning to normal.

The new cases — mostly centered in the Seoul metropolitan area where half the South Korean population lives — prompted officials to strengthen social distancing rules that were eased on May 6.

Museums, parks and art galleries will all be closed again from Friday for two weeks, said Health Minister Park Neung-hoo, while companies were urged to reintroduce flexible working, among other measures.

"We have decided to strengthen all quarantine measures in the metropolitan area for two weeks from tomorrow to June 14," he said.

Citizens were also advised to refrain from social gatherings or going to crowded places — including restaurants and bars — while religious facilities were asked to be extra vigilant with quarantine measures.

There were no new delays, however, to the phased reopening of schools that is currently underway.

"The next two weeks are crucial to prevent the spread of the infection in the metropolitan area," Park said. "We will have to return to social distancing if we fail."

The health minister said the government will be forced to reimpose an all-out social distancing campaign if the country sees more than 50 new cases for at least seven consecutive days.

Officials announced 79 new cases Thursday — taking its total to 11,344 — the largest increase since 81 cases were announced on April 5.

An outbreak at a warehouse of e-commerce firm Coupang in Bucheon, west of Seoul, has seen 69 cases, said the Korea Centers for Disease Control and Prevention.

Around 4,100 workers and visitors to the building were under self-isolation, with more than 80% tested so far, Vice Health Minister Kim Gang-lip told reporters.

"We are expecting the number of new cases linked to the warehouse to continue rising until today as we wrap up related tests," he added.

The country endured one of the worst early outbreaks of the disease outside mainland China, and while it never imposed a compulsory lockdown, strict social distancing had been widely observed since March.

But it appears to have brought its epidemic under control thanks to an extensive "trace, test and treat" program.