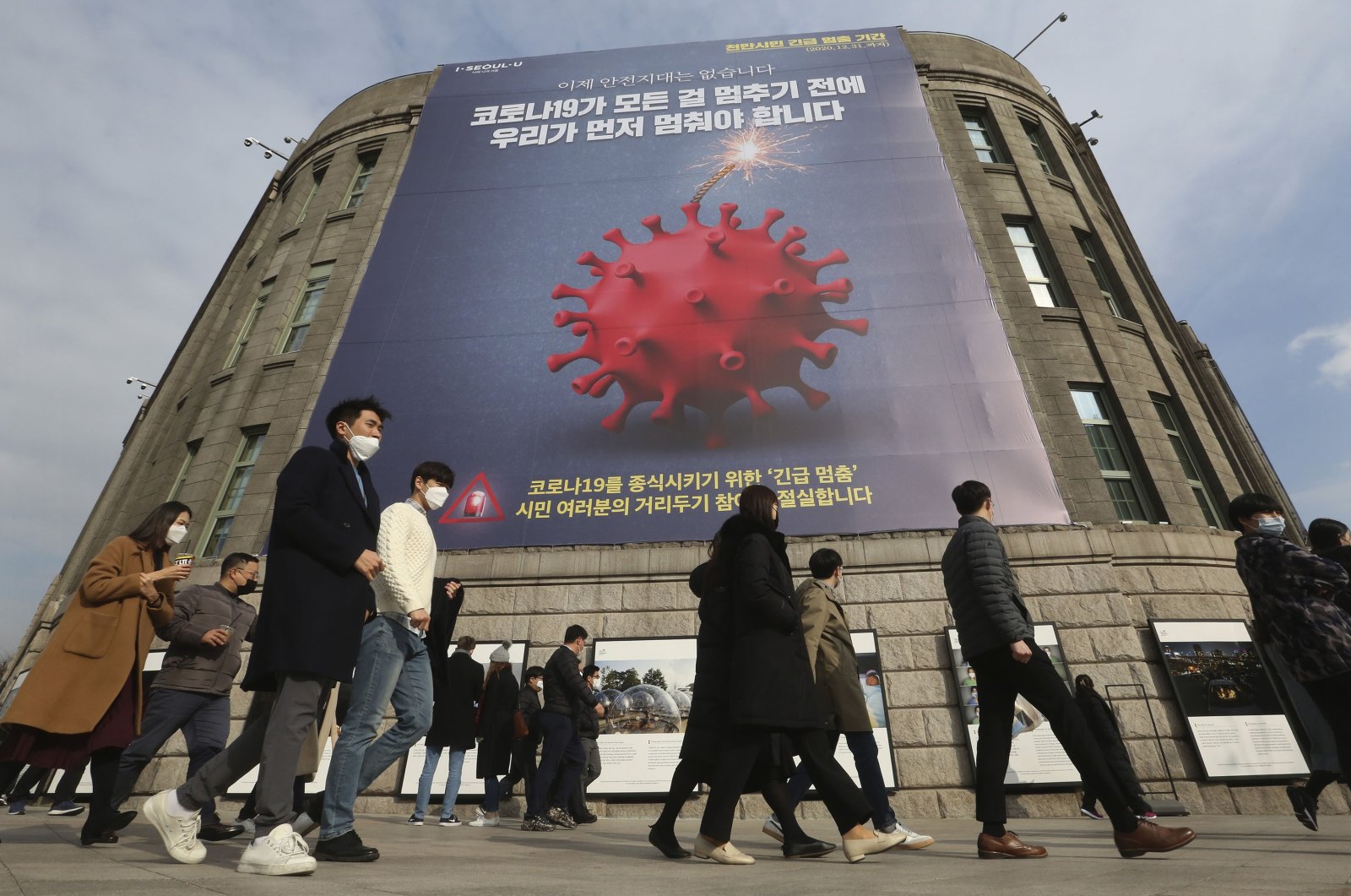 People wearing masks as a precaution against the coronavirus walk under a banner emphasizing an enhanced social distancing campaign in front of Seoul City Hall in Seoul, South Korea, on Nov. 25, 2020. (AP Photo)
by REUTERS Dec 12, 2020 9:03 am
RECOMMENDED

South Korea reported a record 950 daily coronavirus cases on Saturday, exceeding the late February peak of 909, with the president calling the country's third wave of COVID-19 an "emergency."

Of the Friday cases reported by the Korea Disease Control and Prevention Agency, 928 were locally transmitted and 22 were imported, bringing the total to 41,736 infections with 578 deaths.

More than 70% of the domestically transmitted cases were from Seoul and its neighboring areas, where about half of the nation's 52 million people live, amid the latest spread via small, widespread clusters.

"This is indeed an emergency situation," President Moon Jae-in said, ordering the mobilization of police, military personnel and public medical doctors in an effort to curb the further spread of the coronavirus.

"We plan to extensively expand drive-through and walk-through coronavirus testing methods ... as preemptive measures to track down infected people and block the spread," Moon said in a Facebook post.

South Korea is likely to see a further rise in the caseload with significant increases in testing, he added.

The third wave comes despite tougher social distancing rules that took effect on Tuesday, including unprecedented curfews on restaurants and most other businesses. The country has reported about 600 cases a day this week.

The surge has been a blow to South Korea's vaunted pandemic-fighting system, which used invasive tracing, testing and quarantine to blunt previous waves without lockdowns, keeping daily infections below 50 for much of the summer.

Calling this wave a crisis, Prime Minister Chung Sye-kyun said on Friday he would dispatch about 800 military, police and government workers to every district of greater Seoul to help track down potential patients.