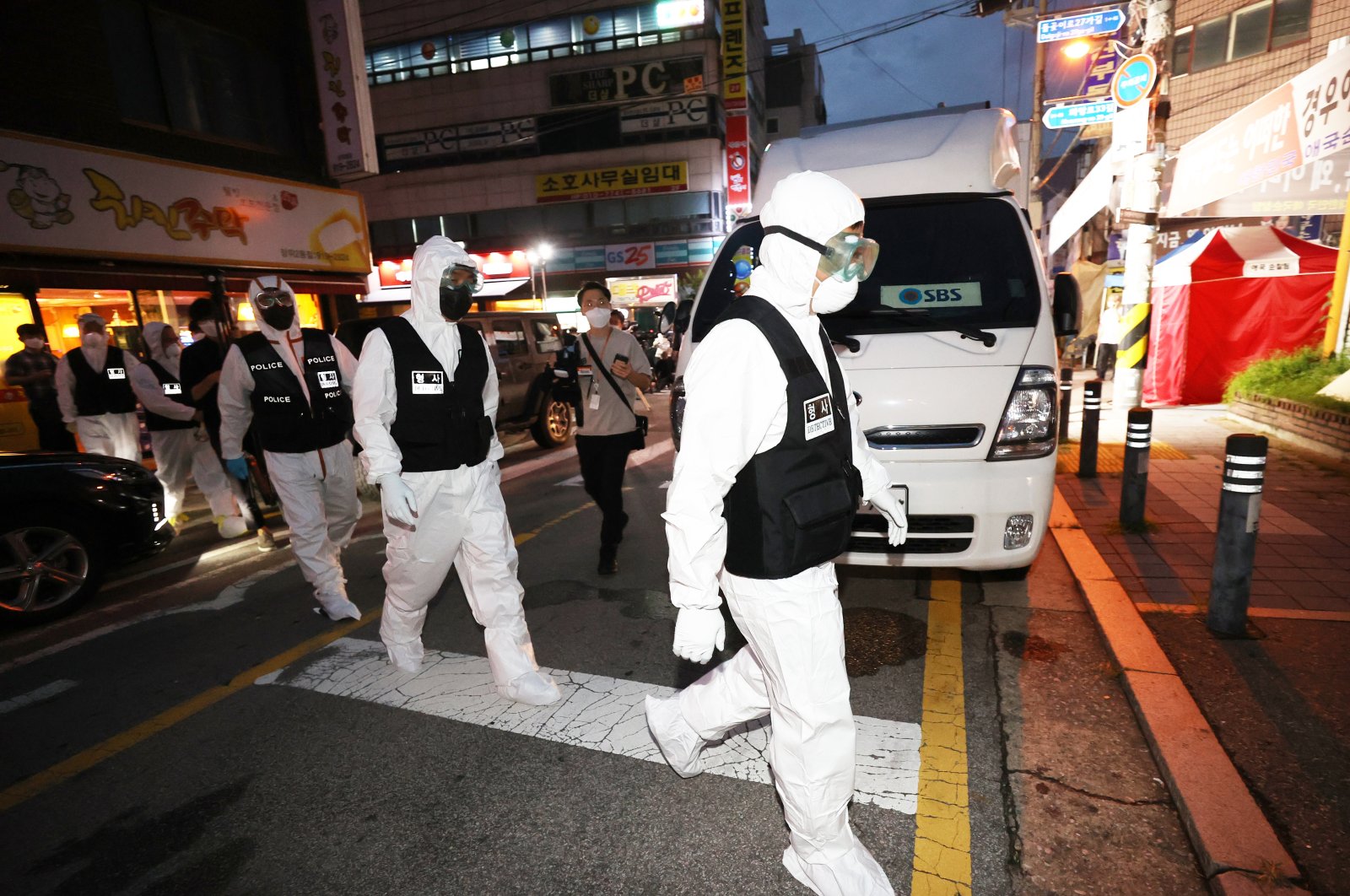 South Korean authorities reported the highest daily rise in novel coronavirus cases since early March on Sunday, saying tougher social distancing rules may be needed as outbreaks continued to spread from a Seoul church and other gatherings.

The Korea Centers for Disease Control and Prevention (KCDC) reported 397 new infections as of midnight Saturday, up from the previous day's 332 and marking more than a week of daily three-digit rises.

That brings South Korea's total infections of the new coronavirus to 17,399 with 309 COVID-19 deaths, it said.

From Sunday, the government extended second-tier social-distancing rules which had been in place in Seoul to other areas of the country, banning in-person church meetings and closing nightclubs, buffets and cyber cafes.

Health authorities say they may eventually deploy the toughest stage 3 social-distancing rules, where schools and businesses are urged to close if the rate of increase in new infections does not slow soon.

"We're on the brink of a nationwide pandemic as the number of new cases is increasing in all 17 regions across the country," said Jung Eun-Kyeong, KCDC director general at a briefing Sunday.

"Please stay home as much as possible, unless you absolutely need to (be out) for necessities, or for work and visits to doctors."

Families posted notes on social media saying they had canceled vacation plans to nearby hotels and the southern resort island of Jeju to comply with government guidelines.

On Friday, health authorities said South Korea's coronavirus infections were back "in full swing" as hundreds of infections have started to come out from the Sarang Jeil Presbyterian Church run by a far-right preacher.

Jung said a total of 841 confirmed cases were related to the church so far.

Members of the church, attending an anti-government protest in Seoul on Aug. 15, also led to new cases across the country, while another recent cluster has been linked to a Starbucks store.

Worldwide, the death toll has surpassed 800,000 with 23.2 million people being affected, according to the U.S.-based Johns Hopkins University.