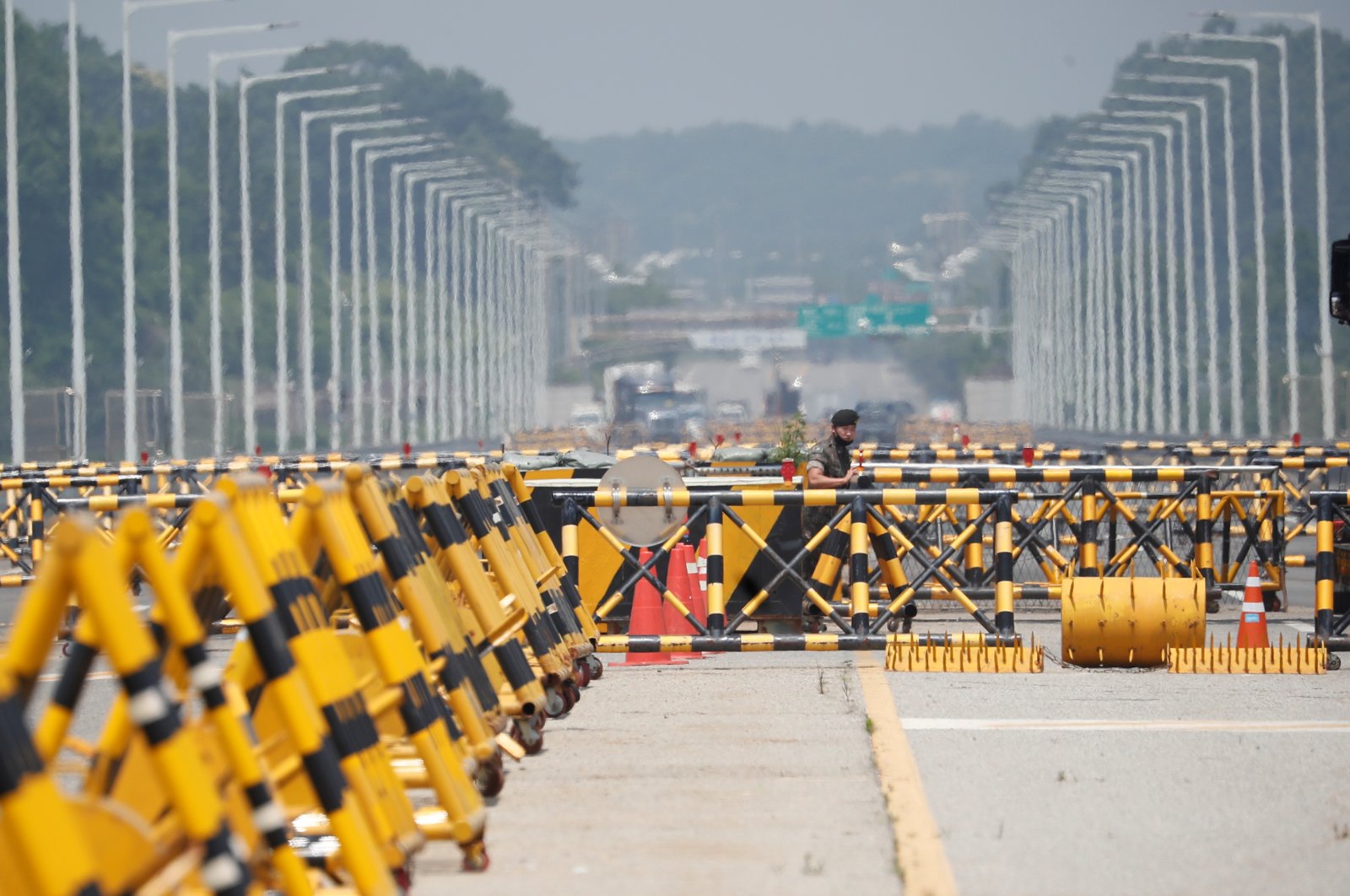 A soldier stands guard at a checkpoint on the Grand Unification Bridge, which leads to the inter-Korean Kaesong Industrial Complex in North Korea, just south of the demilitarized zone separating the two Koreas, in Paju, South Korea, June 17, 2020. (Reuters File Photo)
by ASSOCIATED PRESS Jun 22, 2020 9:03 am
RECOMMENDED

South Korea on Monday urged North Korea to scrap a plan to launch propaganda leaflets across the border after the North said it is ready to send 12 million leaflets in what would be the largest such psychological campaign against its southern rival.

Animosity on the Korean Peninsula rose sharply last week after North Korea destroyed an inter-Korean liaison office on its territory in anger over South Korean civilian leafleting against it. North Korea said it will distribute propaganda leaflets and take other steps to nullify 2018 deals to ease tensions at the border.

Yoh Sangkey, a spokesman at Seoul’s Unification Ministry, told reporters that North Korea must suspend its plan to send anti-Seoul leaflets that "are not helpful to South-North (Korea) relations at all.”

Earlier Monday, North Korea said it had manufactured 12 million propaganda leaflets to be floated toward South Korea aboard 3,000 balloons and other unspecified delivery equipment.

"Our plan of distributing the leaflets against the enemy is an eruption of the unquenchable anger of all the people and the whole society,” the North’s official Korean Central News Agency said. "The time for retaliatory punishment is drawing near.”

Some observers say ongoing weather conditions are not favorable for North Korea to fly propaganda balloons to South Korea so that it may use drones to launch them. They say this could trigger clashes between the Koreas because South Korea must respond to incoming drones to its territory.

South Korean Defense Minister Jeong Kyeong-doo told lawmakers Monday that how his military responds to potential North Korean leafleting depends on what delivery equipment the North would use.

A South Korean activist recently said he would also drop about a million leaflets over the border around Thursday, the 70th anniversary of the start of the 1950-53 Korean War. South Korean officials have said they will ban civilian activists from launching balloons toward North Korea.

Experts say North Korea is likely using the South Korean civilian leafleting as a chance to boost its internal unity and apply more pressure on Seoul and Washington amid stalled nuclear diplomacy.

In 2018, the leaders of the two Koreas agreed to halt any hostile acts against each other along their border, including psychological warfare such as leafleting and propaganda broadcasts. But their agreement didn’t clearly say whether civilian leafleting would also be banned, and South Korean activists subsequently kept launching huge balloons carrying leaflets critical of North Korea’s nuclear program and human rights record.