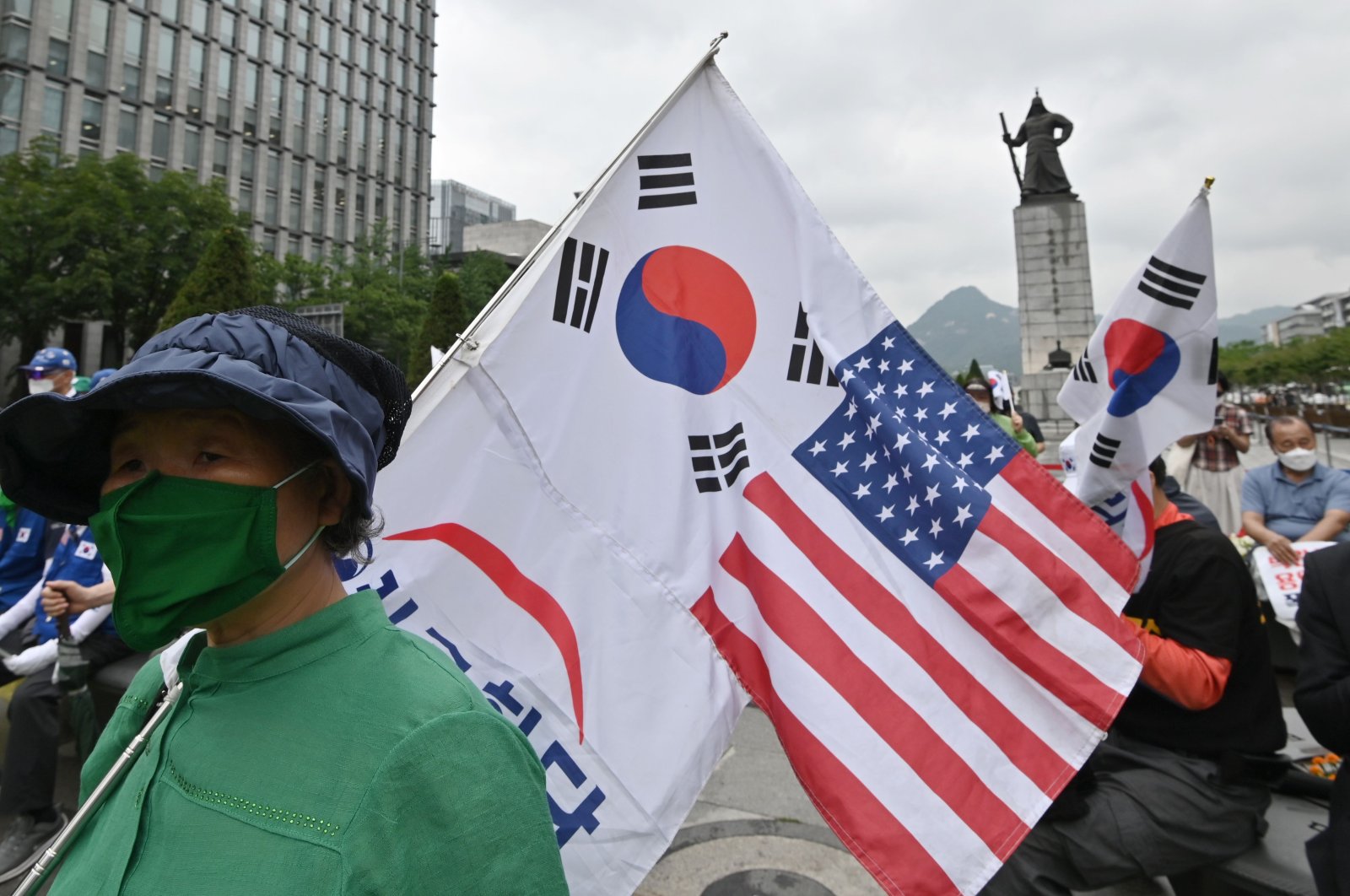 A South Korean woman holds flags of South Korea and the U.S. during a rally commemorating the 70th anniversary of the beginning of the Korean War in Seoul on June 25, 2020. (AFP Photo)
by ASSOCIATED PRESS Jun 25, 2020 11:13 am
RECOMMENDED

South Korea and the United States urged North Korea to implement the disarmament pledges it made in past talks, saying Thursday the allies will keep pushing for diplomacy aimed at achieving the North’s complete denuclearization.

In the statement primarily marking the 70th anniversary of the start of the Korean War, the allies’ defense chiefs said they “remain firmly committed to defending the hard-fought peace on the Korean Peninsula, to include supporting ongoing diplomatic efforts for the complete denuclearization of the Democratic People’s Republic of Korea.” That is the North’s official name.

Jeong and Esper also said they called on North Korea to “meet its commitments in alignment with” the joint statements issued after U.S.-North Korea summit talks in Singapore in June 2018 and inter-Korean talks in September 2018 stated.

In the joint statement issued after the Singapore summit with President Donald Trump, North Korean leader Kim Jong Un said his country “commits to work toward complete denuclearization of the Korean Peninsula” without specifying how and when disarmament steps would take place. North Korea used similar language previously when it demanded the U.S. to withdraw its 28,500 troops from South Korea and end regular military drills as a precondition for its nuclear disarmament.

In recent weeks, North Korea turned to provocations targeting South Korea. It cut off all communication lines with South Korea, blew up a Seoul-built liaison office on its territory and threatened to take steps to nullity the 2018 deals meant to ease tensions at the border. Experts say North Korea is trying to pressure Seoul and Washington over the stalled nuclear diplomacy.

On Wednesday, however, the North said Kim had put off taking such action after military leaders “took stock of the prevailing situation.”

Experts say North Korea may be trying to leave room for South Korean concessions or may be worried about unexpectedly stronger responses from Seoul, whose help it may need again when it wants to reach out to the United States for future talks.