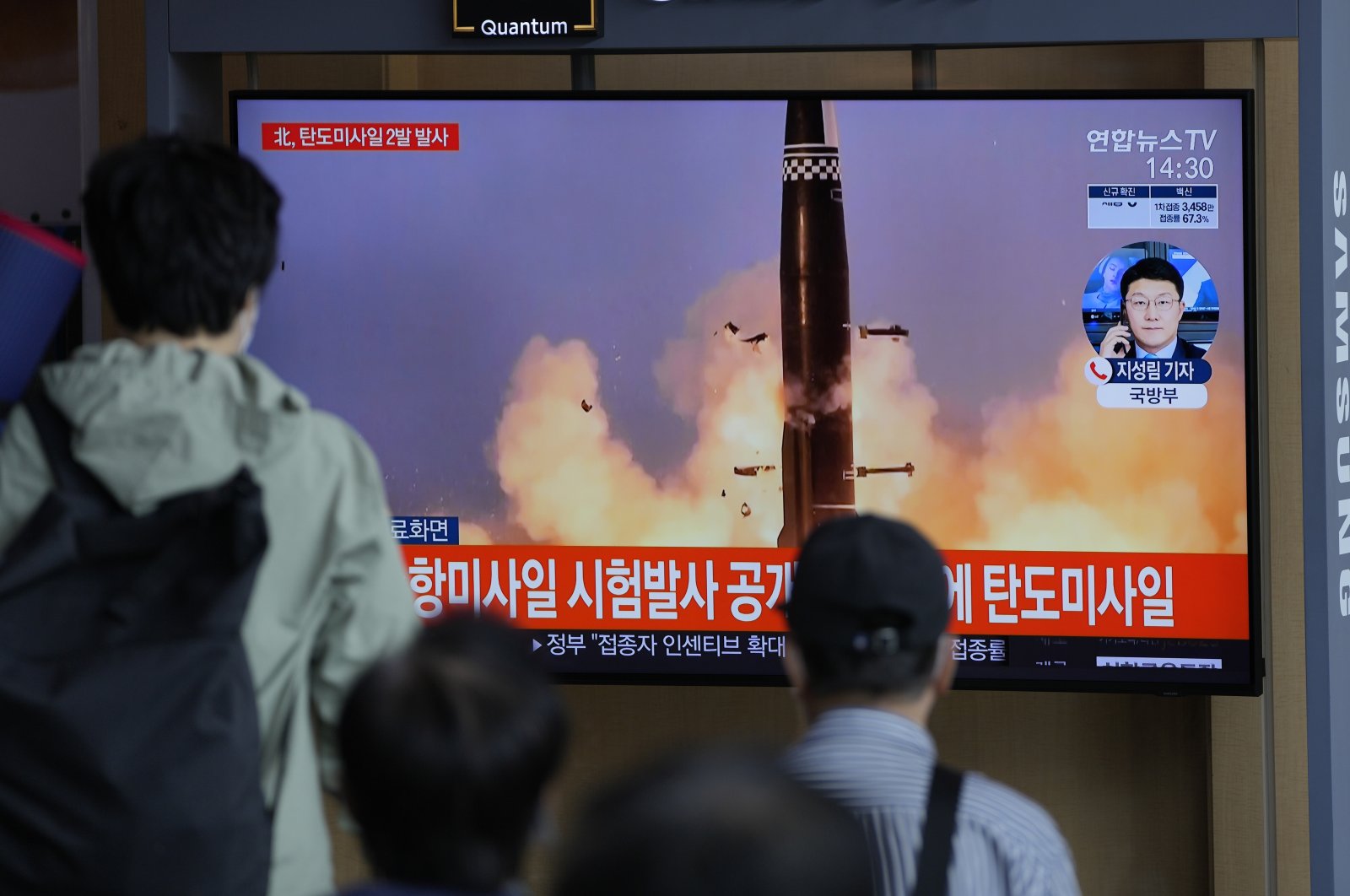 North Korea fired two ballistic missiles into waters off its eastern coast Wednesday afternoon, two days after claiming to have tested a newly developed missile in a resumption of its weapons displays after a six-month lull.

South Korea’s Joint Chiefs of Staff said the missiles were launched from central North Korea, and Japan’s coast guard said they landed outside its exclusive economic zone in the waters between Japan and the Korean Peninsula. Seoul said South Korean and U.S. intelligence authorities are analyzing more details about the launches, and that the South had boosted its anti-North Korea surveillance.

"The firings threaten the peace and safety of Japan and the region and are absolutely outrageous,” Japanese Prime Minister Yoshihide Suga said as The Associated Press (AP). "The government of Japan is determined to further step up our vigilance and surveillance to be prepared for any contingencies."

Japan’s coast guard said no ships or aircraft reported damage from the missiles.

North Korea said Monday it tested a newly developed cruise missile twice over the weekend. North Korea’s state media described the missile as a "strategic weapon of great significance,” implying it was developed with the intent to carry nuclear warheads.

According to North Korean accounts, the missile flew about 1,500 kilometers (930 miles), a distance putting all of Japan and U.S. military installations there within reach. Many experts say the weekend tests suggested North Korea is pushing to bolster its weapons arsenal amid a deadlock in nuclear diplomacy between Pyongyang and Washington.

Wednesday's launches came as Chinese Foreign Minister Wang Yi was in Seoul for meetings with South Korean President Moon Jae-in and other senior officials to discuss the stalled nuclear negotiations with the North. It's unusual for North Korea to make provocative launches when China, its last major ally and biggest aid provider, is engaged in a major diplomatic event.

Speaking before the news emerged, Wang hoped that all countries would help "peace and stability on the Korean Peninsula," Yonhap news agency reported. "For example, not only the North, but also other countries are engaging in military activities," he added, according to Agence France-Presse (AFP). "Having said this, we all have to work together toward the resumption of dialogue."

The talks between the United States and North Korea have stalled since 2019, when the Americans rejected the North’s demand for major sanctions relief in exchange for dismantling an aging nuclear facility. Kim’s government has so far threatened to build high-tech weapons targeting the United States and rejected the Biden administration’s overtures for dialogue, demanding that Washington abandon its "hostile” policies first.

North Korea ended a yearlong pause in ballistic tests in March by firing two short-range ballistic missiles into the sea, continuing a tradition of testing new U.S. administrations with weapons demonstrations aimed at measuring Washington’s response and wresting concessions. North Korea still maintains a self-imposed moratorium on nuclear and long-range missile tests, a sign that it may not want to completely scuttle the nuclear negotiations with the United States.