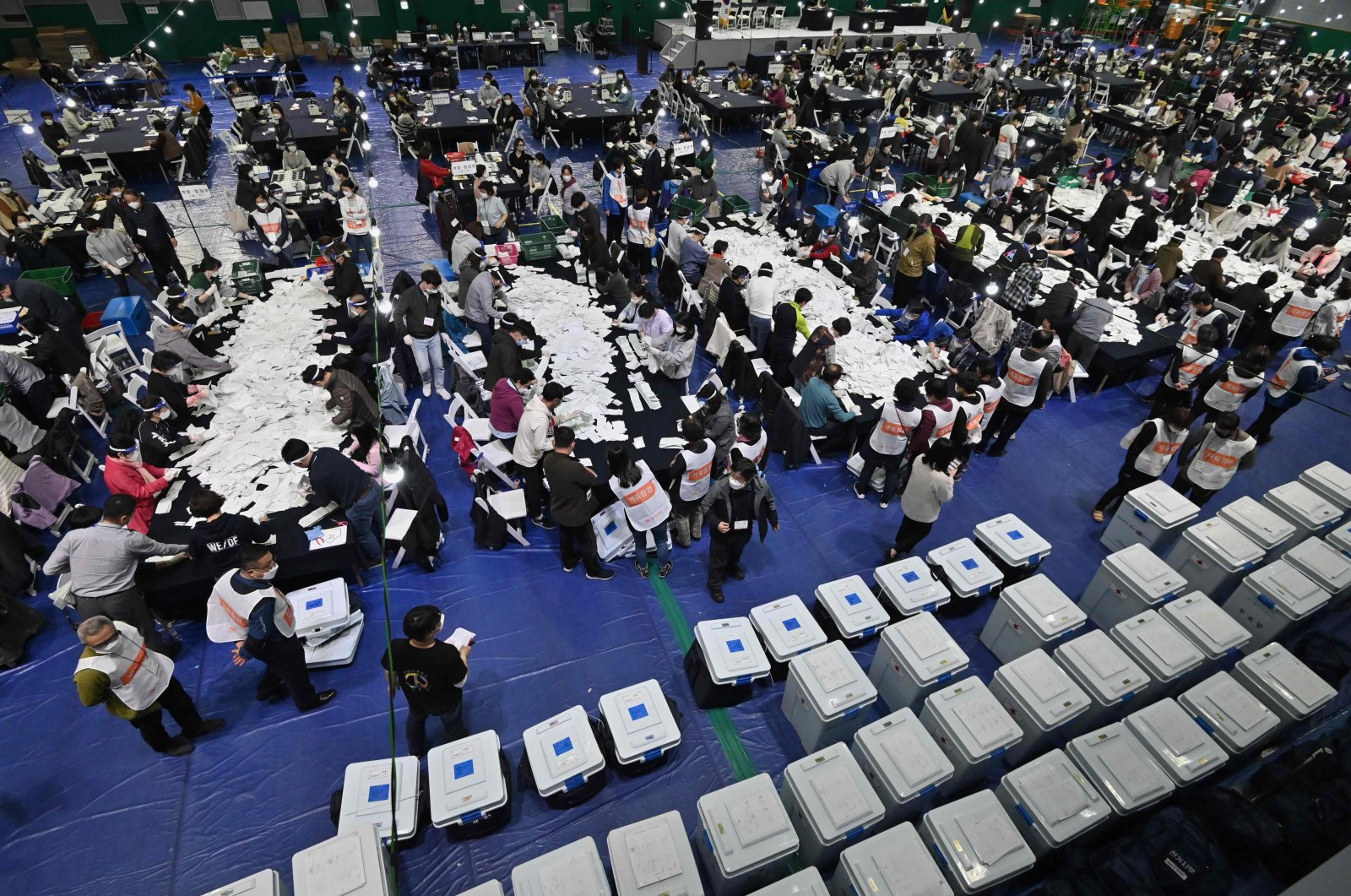 The ruling liberal party secured a resounding victory in South Korea’s parliamentary elections, which had the highest turnout in nearly three decades despite the coronavirus sickening thousands and forcing social distancing at polling places.

The comfortable majority will likely embolden President Moon Jae-in’s government to pursue its key domestic and foreign objectives, such as reviving diplomacy with nuclear-armed rival North Korea, while it grapples with a historic public health crisis that is shuttering businesses and threatening livelihoods.

“We feel heavy responsibility, which outweighs our joy of winning the election,” Democratic Party leader Lee Hae-chan said in a party meeting. “We will make preemptive and aggressive efforts to overcome the novel coronavirus crisis and the threat it poses to livelihoods and the national economy.”

Hwang Kyo-ahn, leader of the conservative United Future Party, who lost to a Democratic Party candidate at a key Seoul district, apologized to his supporters for “failing to prevent the country from going in a wrong direction at an important time.”

More than 17 million South Koreans voted on Wednesday. When combined with the 11.8 million early and mailed-in votes, turnout was 66.2%, the highest since the 71.9% turnout in a 1992 general election, the National Election Commission said.

Analysts struggled to explain the surprisingly high turnout. Some said fear and alertness over the pandemic may have driven voters to support Moon’s government so it could fight the virus and its impact with more political stability.

But surveys ahead of the polls indicated growing support, reflecting public approval of an aggressive test-and-quarantine program credited with lowering fatality rates for COVID-19 compared to China and some places in Europe and North America. As of Thursday, South Korea had more than 10,600 people infected with 229 confirmed deaths.

It drew contrasts with upended election cycles in the United States and Europe and possibly set an example for how democratic elections can be handled during a pandemic.

South Korean election and health officials had prepared safeguards to reduce the risk of the virus being spread.

Masks were worn by voters and poll workers. A meter (3 feet) of social distancing space was marked from nearby streets all the way to the ballot booths. Voters who passed a fever screening were given sanitizing gel and disposable plastic gloves before entering booths.

Anyone with a fever was whisked to a separate area to vote. People formally quarantined in their homes were escorted or monitored through tracking apps while they cast their ballots later than other voters. Those hospitalized, in isolation or in quarantine could vote by mail or at temporary shelters during early voting last week.