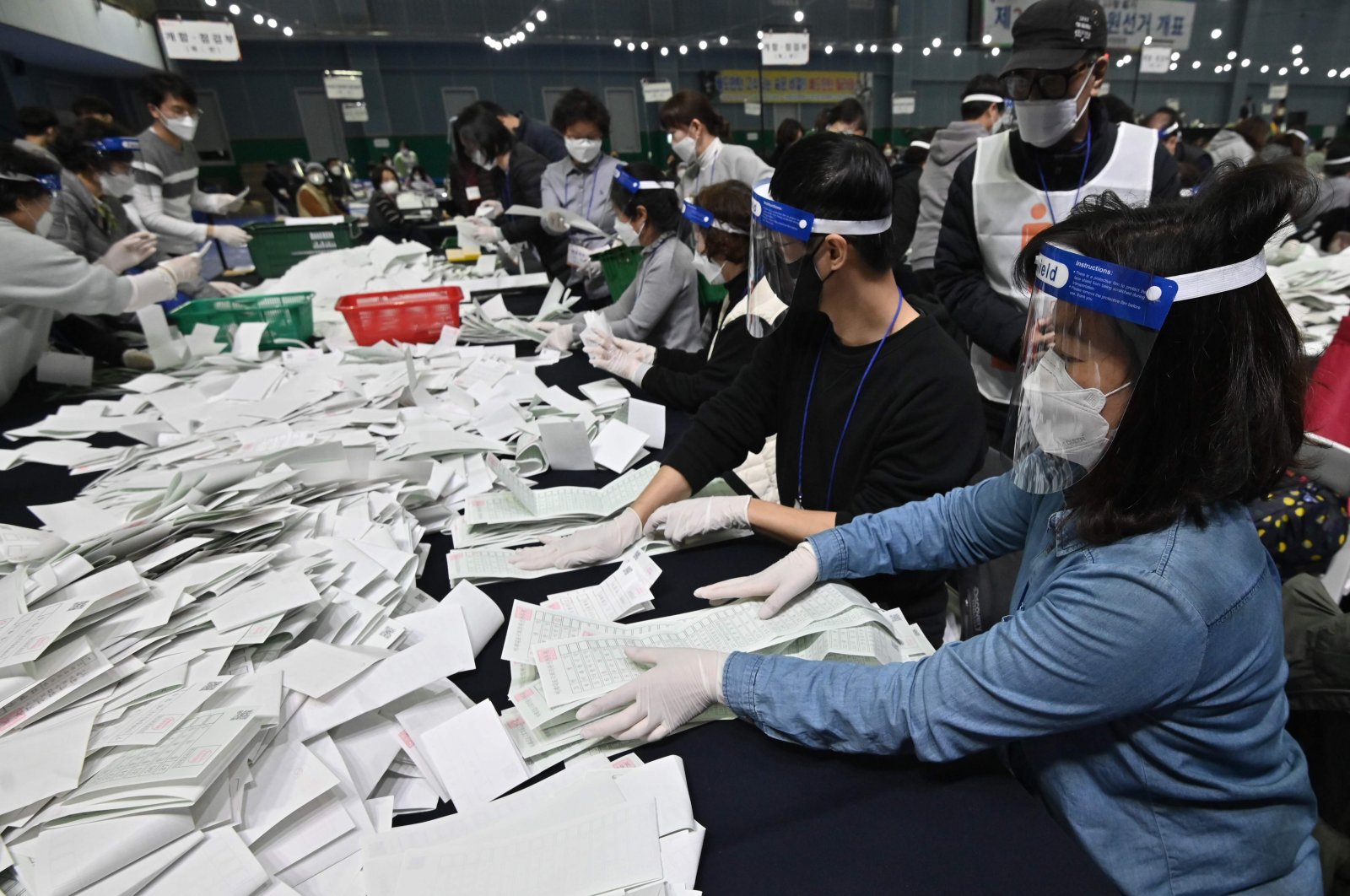 South Korea's first feminist party is set to launch a political school to train aspiring female candidates, as it vowed to fight on after failing to win a seat in national elections.

The Women's Party was unsuccessful in its attempts to win four parliamentary seats in the April 15 poll, despite a growing feminism movement in the socially conservative nation.

Although disappointed by the result, the party has now begun preparations for local municipal and provincial elections due in 2022 by setting up a political school.

"We want to plan for our winning strategies," Kim Eun-ju, a veteran women's rights activist and one of the party's founders, told the Thomson Reuters Foundation on Friday.

"We hope this school will provide training to our candidates on how politics work. Although our members are passionate in feminism issues, they lack political skills," she added.

The school in Seoul, which is due to be launched by July, will recruit former local government heads to train candidates.

Areas of study will include how to organize political campaigns and women's rights issues.

Launched on International Women's Day in March, the Women's Party with more than 10,000 members campaigned on a platform to end widespread voyeurism against women and push for equal pay.

South Korea's gender wage gap meanwhile is the worst among developed nations, according to the Organization for Economic Co-operation and Development (OECD).

Female voters like Ahn Yun-hui, a 32-year-old designer in Seoul, said although she wanted greater gender equality, she was skeptical about the fledgling party's experience.

"I wasn't convinced on what this party could actually do on issues such as women's safety," she said.

"The April 15 poll was the first election after Korea's #MeToo movement, but female candidates were exposed to hate speeches, violence, and discriminations," said the United Korea Women's Association, an advocacy group.

South Korea was ranked 108 out of 153 countries on the World Economic Forum's 2020 Global Gender Gap Index.

Park Geun-hye was South Korea's first female president who served from 2013 until 2017, when she was ousted over a corruption scandal.