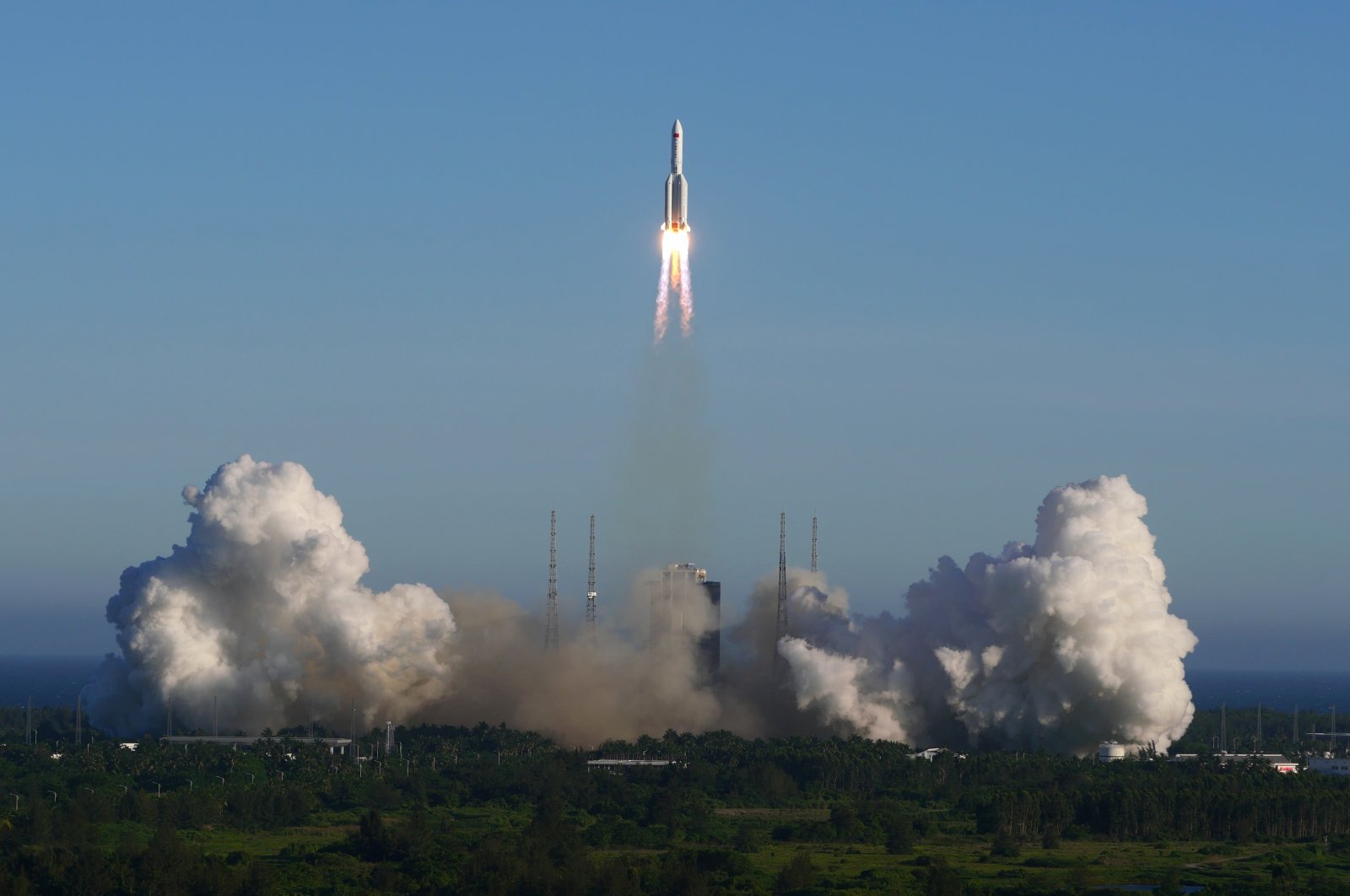 A Chinese spaceship is working normally in orbit, with its solar panels in position and a communication link established, the government said Thursday.

The craft was launched aboard a new heavy-lift carrier rocket, the Long March 5B, from Hainan island Tuesday.

It's on an experimental mission without any crew, but the capsule is reportedly an improvement on the Shenzhou capsule based on the former Soviet Union’s Soyuz model and can carry six astronauts instead of three.

The spacecraft is flying stably in a "highly elliptical orbit, with the power supply, measurements and control links normal,” the official China Aerospace Science and Technology Corporation said, according to the official Xinhua News Agency.

No information was released about what went wrong with a ”flexible and inflatable cargo return capsule” that was being tested as part of the mission. The China Manned Space Agency has said only that it operated abnormally during reentry on Wednesday and data is being analyzed.

The spacecraft plans to orbit Earth three times before re-entering the atmosphere and landing at the Dongfeng site in north China’s Inner Mongolia Autonomous Region on Friday, Ji Qiming, an assistant to the agency's director, was quoted as saying by Xinhua.

China is working on a permanent orbiting station after being excluded from the International Space Station, largely because of U.S. objections.

China’s burgeoning space program achieved a milestone by landing a spacecraft on the largely unexplored far side of the moon last year and plans to send a lander and rover to Mars.

The program has developed rapidly, especially since its first crewed mission in 2003, and has sought cooperation with space agencies in Europe and elsewhere.