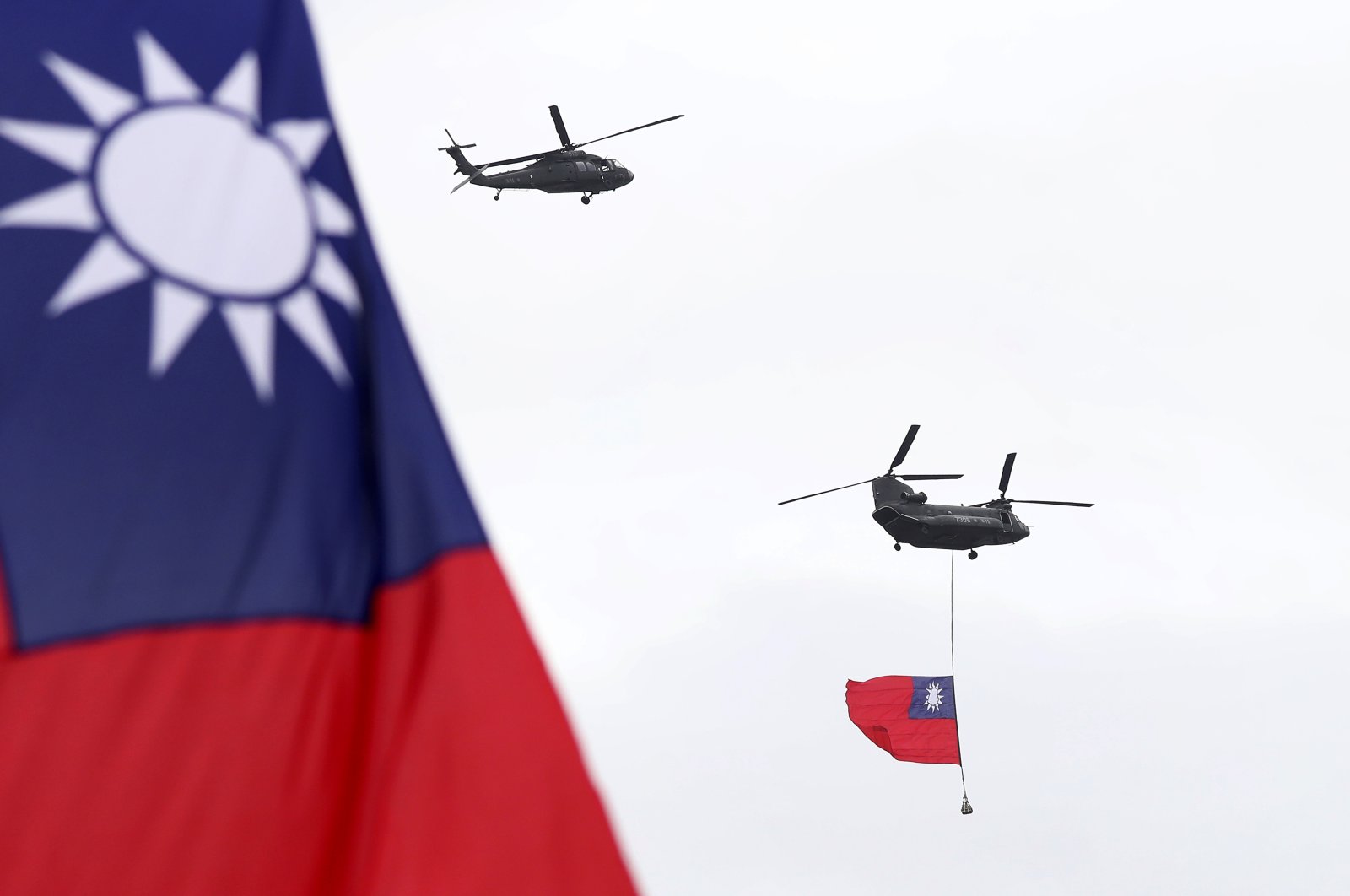 Helicopters fly over the President's Office with a Taiwan national flag during the National Day celebrations in Taipei, Taiwan, Oct. 10, 2020. (AP Photo)
by ASSOCIATED PRESS Oct 12, 2020 10:15 am
RECOMMENDED

China says it has captured a number of people spying for rival Taiwan, cracking a series of espionage cases. Reports on Sunday by state TV and other outlets said multiple suspects were detained but did not specify the number of arrests or go into detail about the identities of most detainees.

China and Taiwan split amid a civil war in 1949 and have extensive business ties but no official relations.

Both sides regularly gather intelligence on each other. Security personnel solved over 100 cases of spying as part of an initiative dubbed Operation Thunder 2020, China Central Television reported.

CCTV identified one suspect as a Taiwanese man, Li Mengju, who was caught taking photos of paramilitary armed police in Shenzhen, a city that borders Hong Kong. It said he was detained in August at a Shenzhen border crossing.

"The pictures and videos he shot are enough for professional espionage organizations analysis. It is enough for them to assess our entire troop's numbers and equipment status,” said an unnamed police officer interviewed in the segment.

It is unclear what other information Li was accused of gathering or what other detainees are being charged for.

Taiwan's Mainland Affairs council said Monday the accusations are purely "political speculation” from the Chinese side.

China is "falsely accusing our people of espionage" and "harming the relations between the two sides,” the council said in a statement.

The council criticized a 13-minute-long TV segment in which Li was shown confessing as "totally inconsistent with due process of law.”

"I'm very sorry, and I feel that I have done a lot of wrong things that may have harmed the country,” Li said on CCTV.