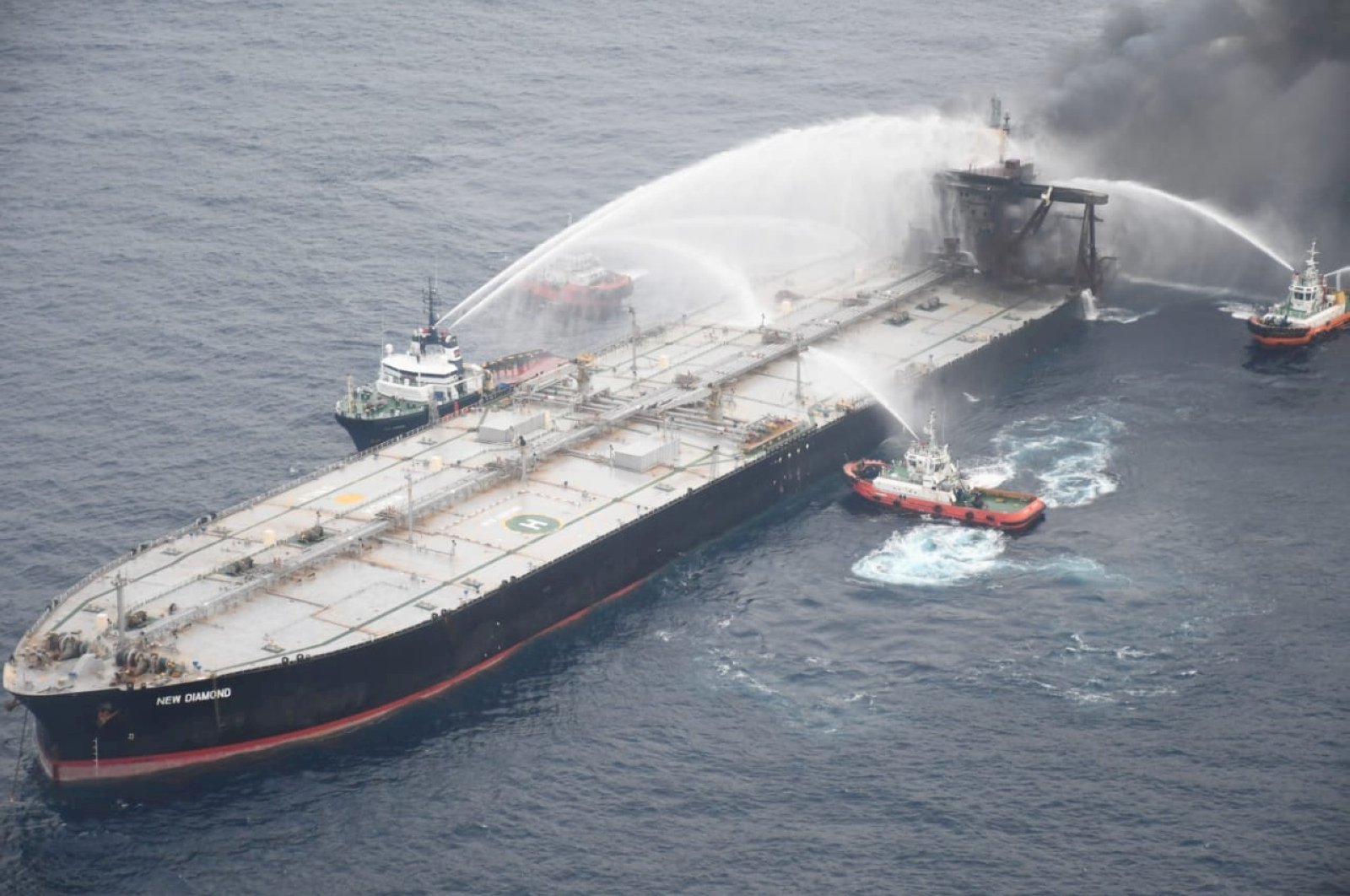 A Sri Lankan Navy boat sprays water on the New Diamond, a very large crude carrier (VLCC) chartered by Indian Oil Corp (IOC), that was carrying the equivalent of about 2 million barrels of oil, after a fire broke out off east coast of Sri Lanka Sept. 8, 2020. (Reuters Photo)
by reuters Sep 12, 2020 7:08 pm

The Sri Lankan navy said Saturday it had sealed an inlet on the fire-stricken New Diamond oil supertanker that was leaking fuel oil and sparking fears of an environmental disaster.

A team of divers that inspected the rear of the tanker, which caught fire last week, found a seawater inlet leaking a mix of fuel oil and seawater.

"They took immediate action to completely seal the inlet," the navy said in a statement.

The tanker, which is carrying about 2 million barrels of oil, is currently 45 nautical miles (83 kilometers) off Sri Lanka's east coast, the navy said.

The fire onboard the 20-year old Panama-flagged very large crude carrier that broke out on Sept. 3 has since been extinguished, and the cargo of crude oil remains intact.

But the New Diamond left two long trails of fuel oil after the Navy towed it out to sea this week.

Sri Lanka's Marine Protection Authority has said it plans to take action against the ship's owner under the country's laws to protect the marine ecosystem.