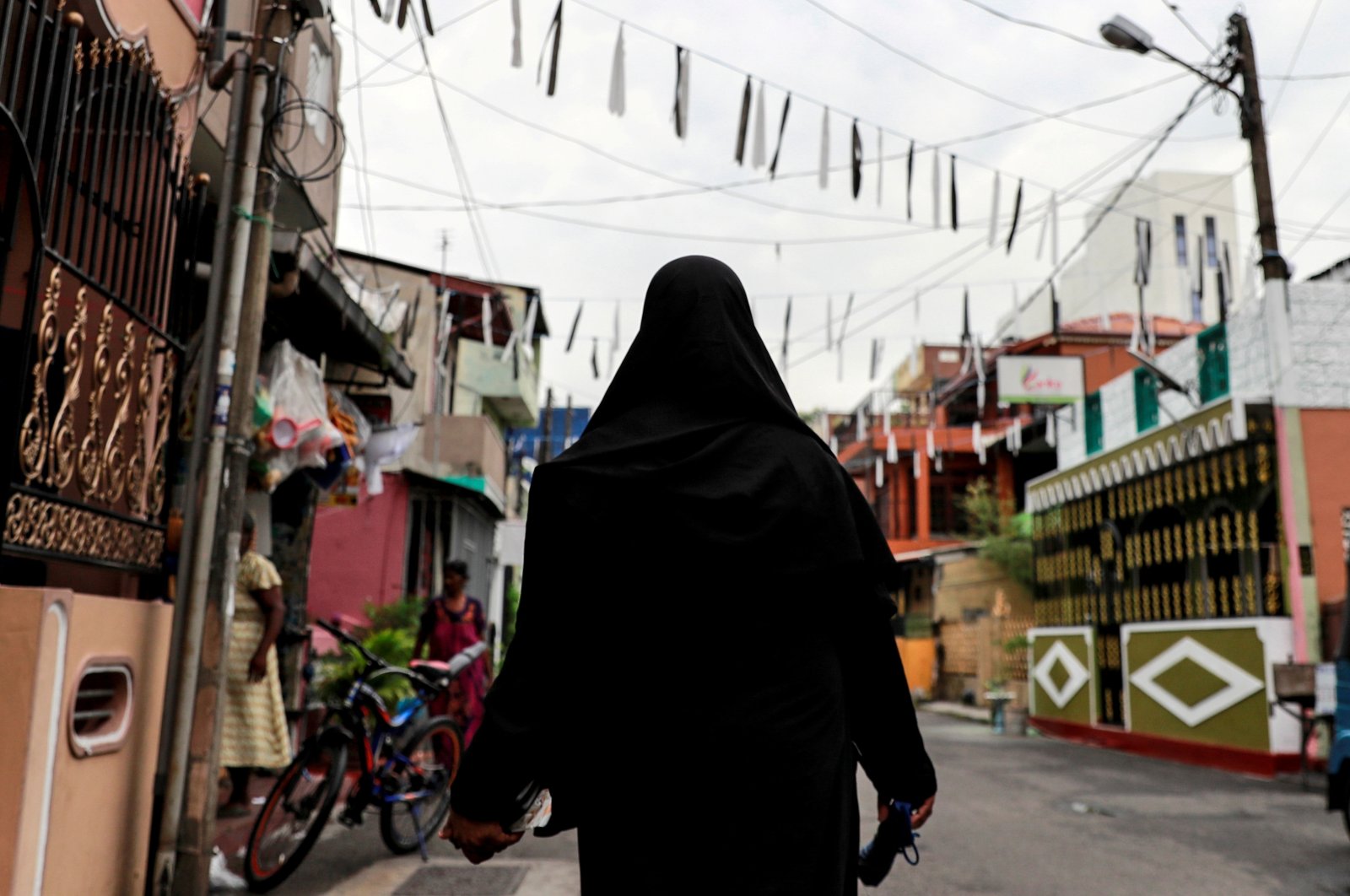 A Muslim woman wearing a hijab walks through a street near St Anthony's Shrine, days after a string of suicide bomb attacks across the island on Easter Sunday, in Colombo, Sri Lanka, April 29, 2019. (Reuters Photo)
by ASSOCIATED PRESS Mar 16, 2021 10:41 am
RECOMMENDED

Sri Lanka's government said Tuesday it would take time to consider a proposed ban on the wearing of burqas, which a top security official called a sign of religious extremism.

Sri Lanka’s minister of public security, Sarath Weerasekara, said Saturday he was seeking Cabinet approval to ban burqas - a garment worn by some Muslim women covering the body and face - a move he said would have a direct impact on national security.

However, government spokesman Keheliya Rambukwella said a ban was a serious decision requiring consultation and consensus. "It will be done in consultation. So, it requires time,” he said without elaborating, at the weekly media briefing held to announce the cabinet decisions.

Earlier, a Pakistani diplomat and United Nations expert expressed concern over Sri Lanka's proposal to ban the wearing of the burqas. Pakistan's ambassador to Sri Lanka, Saad Khattak, tweeted on Monday that the ban would "only serve as injury to the feelings of ordinary Sri Lankan Muslims and Muslims across the globe.”

The wearing of burqas in Sri Lanka was temporarily banned in 2019 soon after the Easter Sunday bomb attacks on churches and hotels that killed more than 260 people in the Indian Ocean island nation.

Sri Lanka also plans to ban more than 1,000 Madrassas, saying they are not registered with the authorities and do not follow the national education policy. The decision to ban burqas and madrassas is the latest move affecting Sri Lanka's minority Muslims.