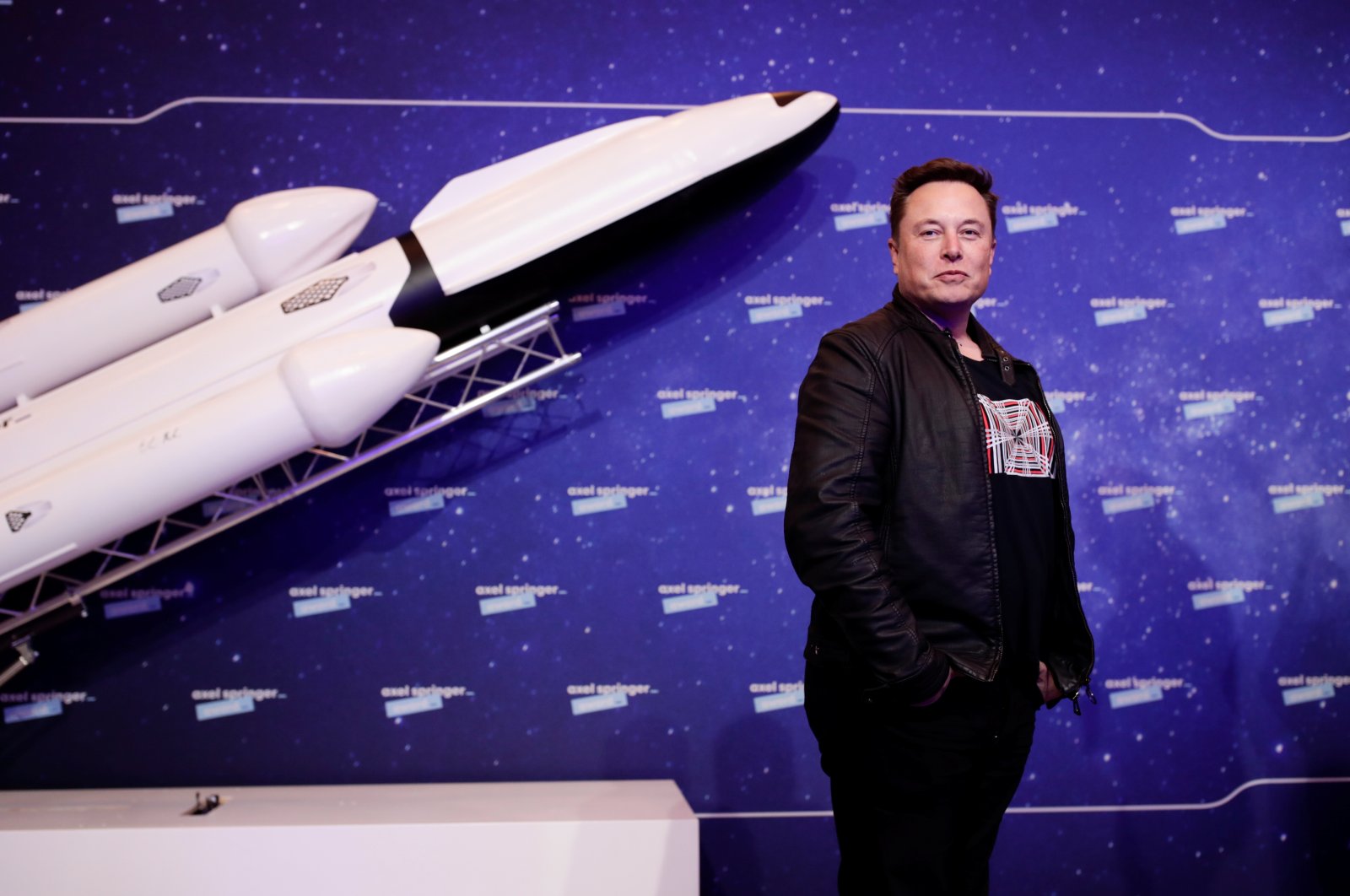 SpaceX owner and Tesla CEO Elon Musk poses after arriving on the red carpet for the Axel Springer award, in Berlin, Germany, 01 December 2020. (EPA Photo)
by Daily Sabah with AFP Mar 11, 2021 12:43 am
RECOMMENDED

Indonesia has invited Tesla boss Elon Musk to build a launch site for his SpaceX's rocket in the Southeast Asian country’s Biak Island, pointing out the benefits of a location next to the equator, officials said on Thursday, but locals are worried.

"This spaceport will cost us our traditional hunting grounds, damaging the nature that our way of life depends on," U.S. website Newser quoted a tribal chief named Manfun Sroyer as saying in an article.

"In 2002, Russians wanted our land for satellite launches. We protested and many were arrested and interrogated. If we protest, we'll be arrested immediately,” Sroyer added.

“As a South African, Musk should understand apartheid, the killing of Black people," Newser also cited a survivor of the violence as saying. "If you bring your business here, you are directly sponsoring Indonesia's genocide against Papuans."

"The cost of SpaceX's rocket launch will be lower because its satellite won't need any manoeuvring to adjust its orbit to the equator," he added.

President Joko Widodo officially extended the invitation to the world's second-richest person in a telephone conversation on Friday.

Indonesia's space agency announced last year a plan to build its first spaceport on the island of Biak, off the north coast of the island of New Guinea and has been in talks with foreign partners.

SpaceX last week launched a prototype Starship rocket from Texas which it hopes will be used for Mars missions. The rocket crashed on landing but Musk was upbeat, saying they got all the data they needed from the experimental flight.

Musk and Widodo, along with Coordinating Minister for Maritime Affairs and Investment Luhut B. Pandjaitan, also discussed investment opportunities for Tesla in Indonesia, according to a press statement.

"Tesla CEO Elon Musk responded to the invitation of Indonesian President Joko Widodo by planning to send his team to Indonesia in January 2021 to explore all the opportunities for this collaboration," the ministry statement said.

However, Mahardi said no exact date had been confirmed.