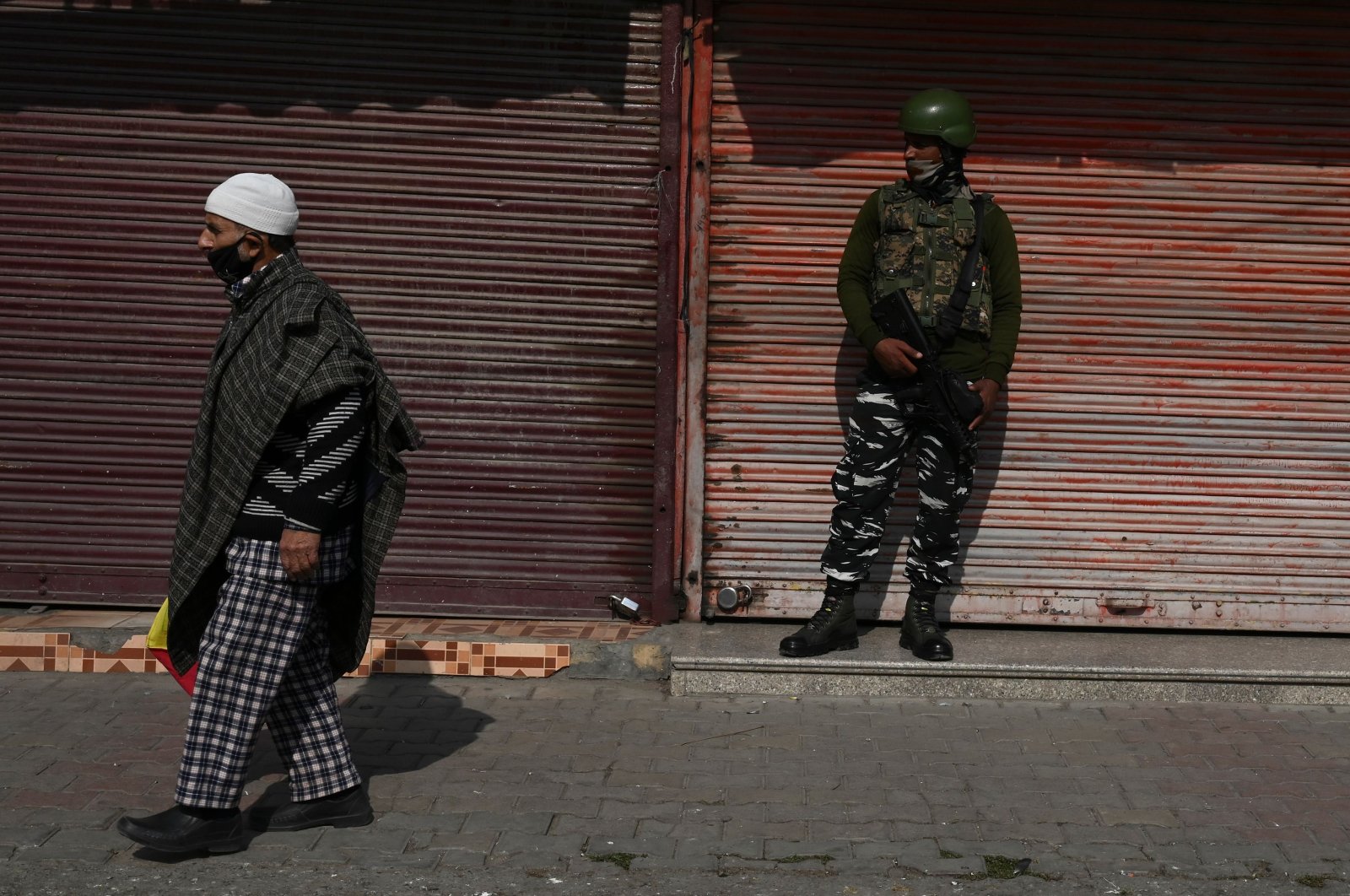 A resident walks past an Indian army soldier standing guard next to closed shops during a one-day strike called by the All Parties Hurriyat Conference (APHC) against the Indian government's decision to open Kashmir land for all Indians, in Srinagar on Oct. 31, 2020. (AFP Photo)
by ASSOCIATED PRESS
Oct 31, 2020 10:54 am

Shops and businesses shut in several parts of Indian-controlled Kashmir on Saturday as separatists challenging Indian rule called for a general strike to denounce new laws that allow Indians to buy land in the disputed region.

Kashmir’s main separatist grouping called the strike to protest new land laws that India enacted on Tuesday, allowing any of its nationals to buy land in the region. Pro-India politicians in Kashmir have also criticized the laws and accused India of putting Kashmir’s land up for sale.

The move exacerbates concerns of Kashmiris and rights groups who see such measures as a settler-colonial project to change the Muslim-majority region’s demography.

Until last year, Indians were not allowed to buy property in the region. But in August 2019, Prime Minister Narendra Modi’s government scrapped Kashmir’s special status, annulled its separate constitution, split the region into two federal territories – Ladakh and Jammu-Kashmir – and removed inherited protections on land and jobs. The action triggered widespread anger and economic ruin amid a harsh security clampdown and communications blackout.

Since then, India has brought in a slew of changes through new laws. They are often drafted by bureaucrats without any democratic bearings and much to the resentment and anger of the region’s people, many of whom want independence from India or unification with Pakistan.

The new laws, part of a series of Modi’s hard-line Hindu nationalist policies, also authorize the Indian army to declare any area as "strategic" for operational and training purposes against Kashmir.

The Indian government said the decision was made to encourage development and peace.

Kashmir is divided between India and Pakistan, and both claim the region in its entirety. Rebels have been fighting against Indian rule since 1989.