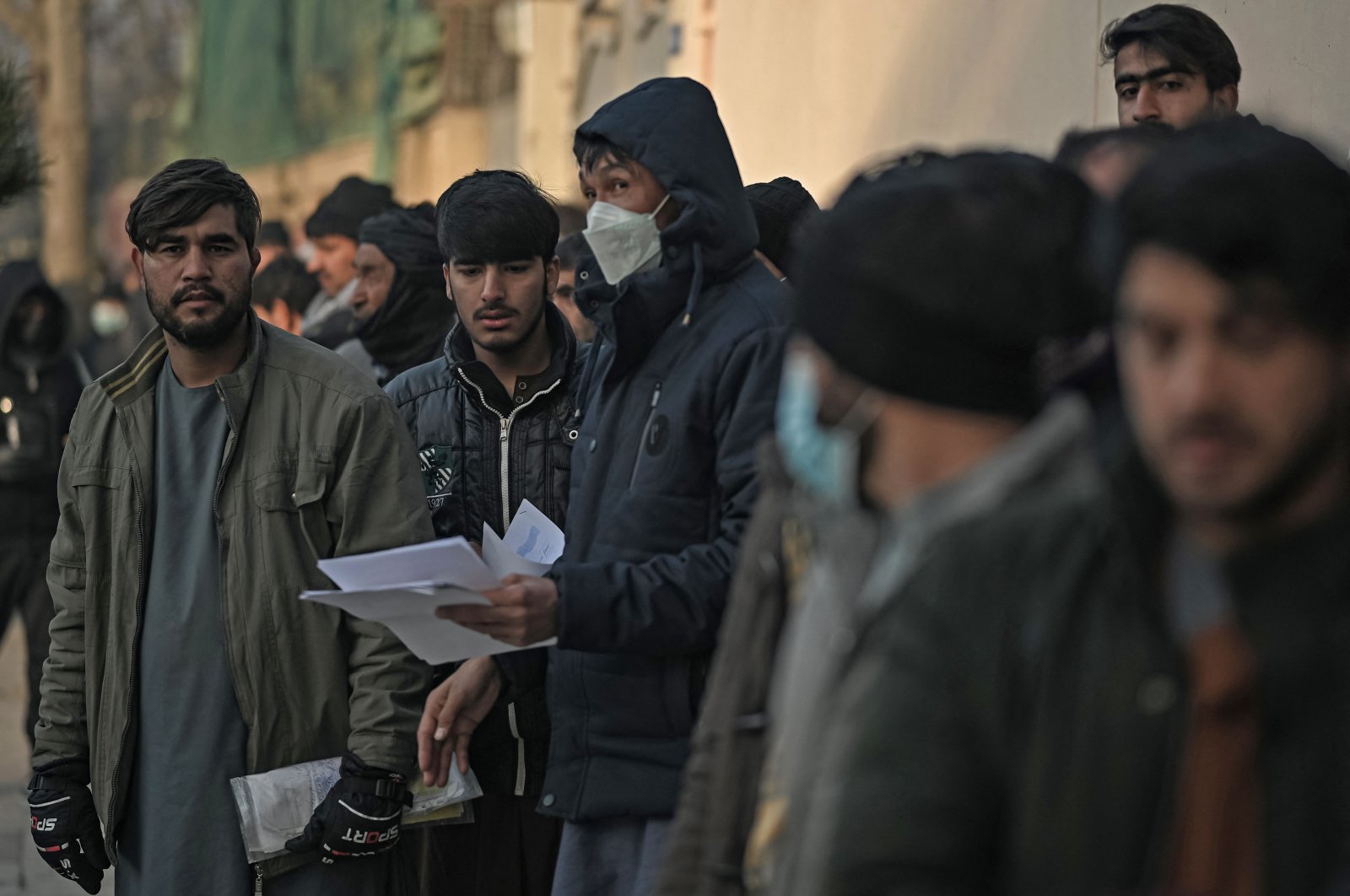 A suicide bomber was killed at the gate of a passport office in the Afghan capital Kabul on Thursday, a government spokesperson said. Unconfirmed reports say several were injured in the blast.

A spokesperson for Afghanistan's Interior Ministry said the attacker was shot and killed while trying to enter the passport office premises.

One member of the Taliban who was a witness told Reuters multiple people were injured, and the building and streets around the area were locked down by Taliban security forces.

Large crowds of Afghans have been thronging outside the passport office in a bid to get travel documents in recent days after the service was restarted after weeks of suspension.

Officials said that Thursdays are reserved as a special day for Taliban officials to visit the passport office to make travel documents.

The Taliban stopped issuing passports shortly after their Aug. 15 return to power, as tens of thousands of people scrambled to Kabul's only airport in a bid to catch any international flight that could evacuate them.

In October, authorities reopened the passport office in Kabul only to suspend work days later as a flood of applications caused the biometric equipment to break down.

Many Afghans who wanted to visit neighboring Pakistan for medical treatment have also been blocked in the absence of valid passports.

"My mother has some health issues and we needed to go to Pakistan a long time ago, but we could not because the passport department was closed," said Jamshid, who like many Afghans goes by only one name.

Issuing passports – and allowing people to leave amid the growing humanitarian crisis – is seen as a test of the Taliban's commitment to the international community.

The Taliban are pressing donors to restore billions of dollars in aid that was suspended when the previous Western-backed regime imploded in the final stages of a U.S. military withdrawal. The crisis has forced many to sell household possessions to buy food.

Over the past four decades, more than 6 million Afghans have fled the country to escape war and economic crises, most of them living in neighboring Iran and Pakistan.

The international community has so far not recognized the current Taliban government that was formed after the chaotic withdrawal of U.S.-led foreign troops.

International flights, mainly to Dubai and Abu Dhabi, have meanwhile slowly resumed at Kabul Hamid Karzai International Airport after the facility was trashed in August when crowds of people scrambled to evacuate.