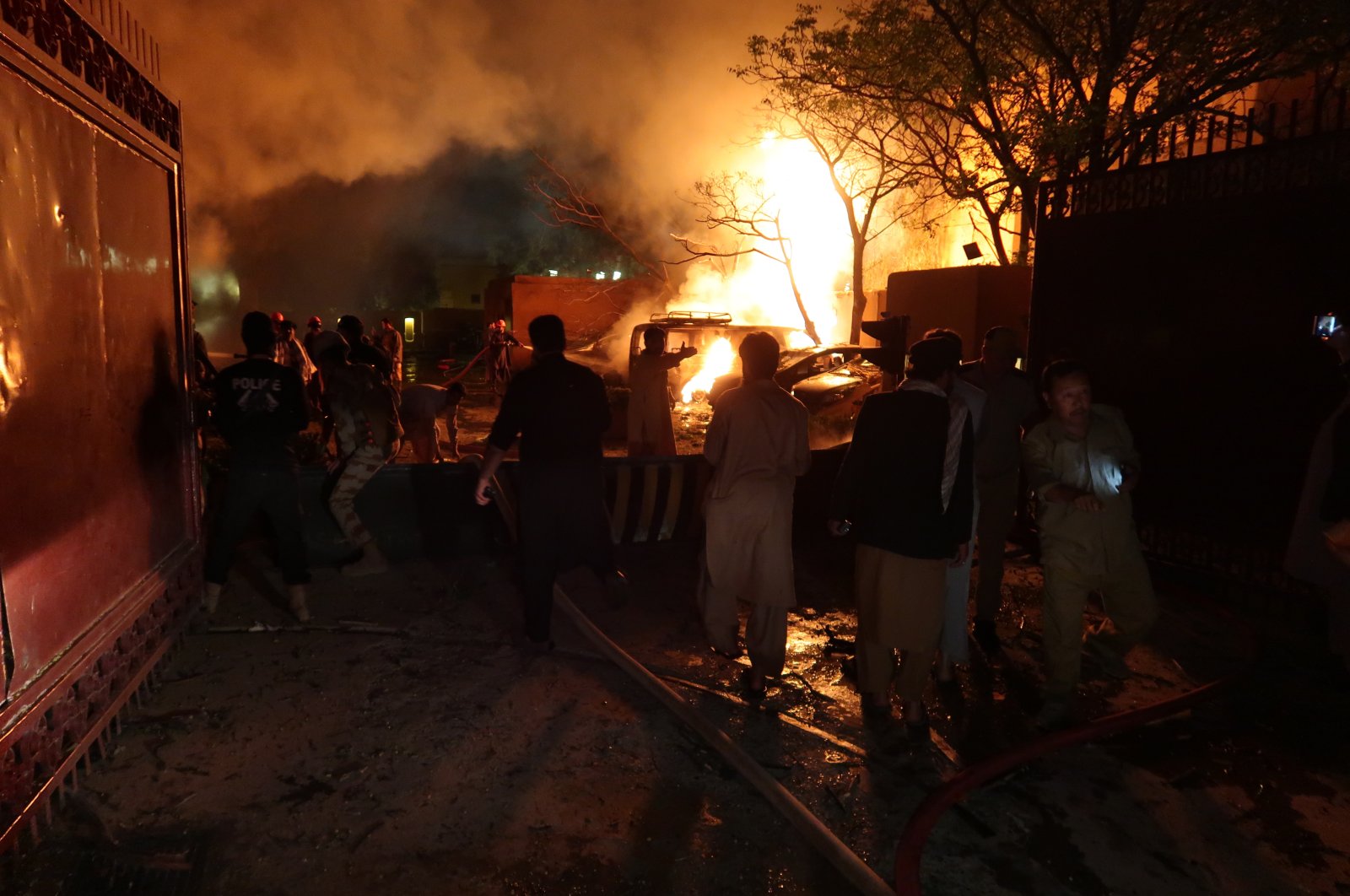 A suicide blast claimed by the Pakistani Taliban Thursday at a luxury hotel hosting the Chinese ambassador in the southwest of the country left at least five dead.

Beijing said it strongly condemned the attack, although the Taliban said Pakistan security officials were the target of the blast. The bomber detonated the explosives late Wednesday while inside a vehicle in the car park of the Serena hotel – part of a five-star chain popular with diplomats and aid agencies – in the city of Quetta, capital of Balochistan province, police and the interior ministry said.

"The suicide bomber hit the security officials exactly as it was planned," the spokesperson for Tehreek-e-Taliban Pakistan (TTP) said in a statement. The country's interior minister confirmed a suicide bomber had carried out the attack, as he pinned the blame on a "foreign hand."

"Our agencies will fight the efforts which are being made in the neighboring country to reorganize the TTP," Interior Minister Sheikh Rashid Ahmed said.

Pakistan frequently accuses India of using insurgent groups, including in Afghanistan, as proxy forces to wage an ongoing shadow war between the archrivals. Describing the blast as a "terrorist attack," China's foreign ministry spokesperson Wang Wenbin said in Beijing that the Chinese delegation was not present when the bomb detonated.

Gu Wenliang, agriculture commissioner at China's Embassy in Pakistan, told the Chinese newspaper Global Times that the bomb had detonated 10 minutes before their expected return. "I was walking through the car park when I heard a sudden loud sound and the earth shook under my feet," said Khuda Baksh, a guard at the hotel.

"Everyone was running for their lives before I lost consciousness," he told Agence France-Presse (AFP).

For years the TTP unleashed deadly attacks on urban centers across Pakistan from their bases along the Afghan border, where they provided shelter to an array of global terrorist groups, including al-Qaida.

"We will not allow this monster to re-emerge," tweeted Pakistan's Prime Minister Imran Khan. "We are on full alert and keeping an eye on all internal and external threats." Analysts warn, however, that Pakistan has yet to tackle the root causes of extremism.

Balochistan is Pakistan's largest and poorest province despite being rich in natural resources. Resentment has been fuelled by billions of dollars of Chinese money flowing into the region through the China-Pakistan Economic Corridor (CPEC) – a key part of China's Belt and Road Initiative – which locals say gave them little benefit as most new jobs go to outsiders.

In 2019 gunmen stormed a luxury hotel overlooking a flagship CPEC project – the deep-water seaport in Gwadar that gives China strategic access to the Arabian Sea – killing at least eight people. And in June, Baloch insurgents targeted the Pakistan Stock Exchange, which is partly owned by Chinese companies. Both attacks were claimed by the Balochistan Liberation Army.

Wednesday's blast also comes after TLP, held a week of violent protests calling for the French ambassador to be kicked out of the country.

The TLP has waged a campaign for months after President Emmanuel Macron defended satirical magazine's republishing of cartoons depicting the Prophet Mohammed – an act deemed blasphemous by many Muslims. The Pakistani Taliban, though not ideologically linked to the TLP, published a statement earlier this week supporting the group's protests.