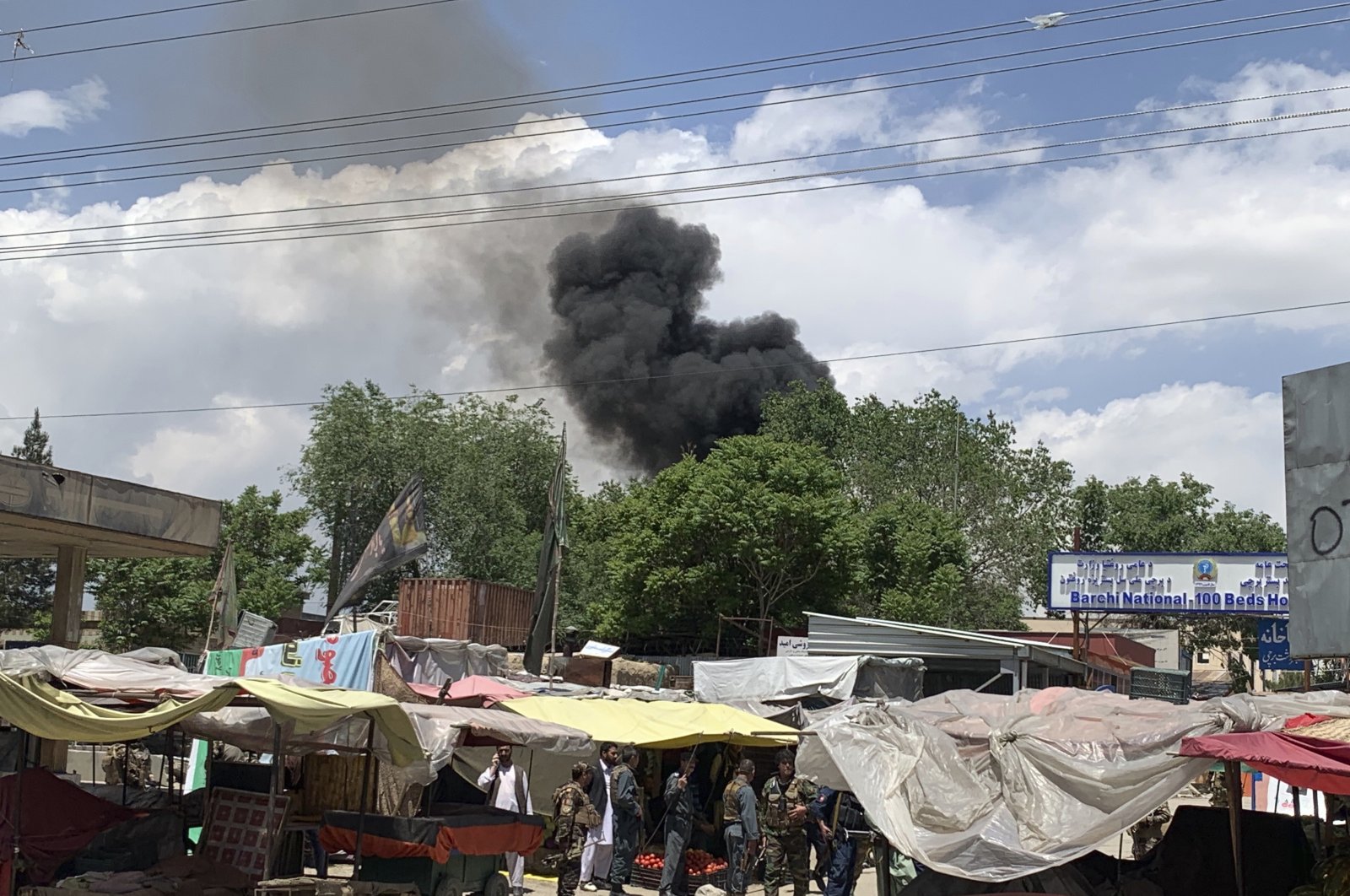 A suicide bomber in eastern Afghanistan killed 24 people and wounded 68 men on Tuesday in an attack on the funeral of a police commander attended by government officials and a member of parliament, officials said.

The attacker detonated his explosives in the middle of the ceremony, said Ataullah Khogyani, spokesman for the governor of Nangarhar province.

Mourners had gathered for the funeral of a local militia commander who died of a heart attack on Monday night when the bomber struck "among the crowd, killing and wounding many,” he added.

Another attack took place in the Afghan capital where gunmen stormed a maternity hospital in the western part of the city Tuesday, setting off a gun battle with police and killing 14 people, including two newborn babies, their mothers and an unspecified number of nurses, officials said. Several people were wounded in the attack on Dasht-e-Barchi Hospital, according to a ministry of interior official, and dozens of people were being evacuated.

Some people remained trapped in the hospital and several doctors had leapt to an adjacent building after at least three attackers wearing police uniforms entered, throwing grenades and shooting, government officials said.

No one immediately claimed responsibility for the attack but both the Taliban and the Daesh group are active in Kabul and its surroundings, and both frequently target military and security forces, as well as civilians.

Black smoke rose into the sky over the hospital in Kabul's Dasht-e-Barchi, a mostly Shiite neighborhood that has been the site of past attacks by Daesh militants.

Interior Ministry spokesperson Tareq Arian said that over 80 women and babies were evacuated by Afghan security forces as the firefight got underway. Photos shared by the ministry show newborn babies and their mothers being carried out of the hospital.

"The forces are trying to eliminate the terrorists and bring the situation under control,” said Arian. He later added that at least one of the attackers was shot dead.

Wahid Majroh, deputy public health minister, rushed to the site from where he said at least four people were wounded. It was unclear why the hospital in Dashti Barchi, a 100-bed facility that provides health services to the area, was targeted.

Taliban spokesman Zabiullah Mujahid later tweeted that the Taliban were not involved in either the Kabul or the Nangarhar attack.

Daesh, meanwhile, claimed it was behind a spate of attacks on Monday in Kabul when four bombs, one placed under a garbage bin and the other three by the roadside, went off in the northern part of the city, wounding four civilians, including a child.

The Afghan intelligence service said in a statement later Monday that the agency has arrested a Daesh leader in the region, Zia-ul Haq, also known as Shaikh Abu Omer al-Khorasani.