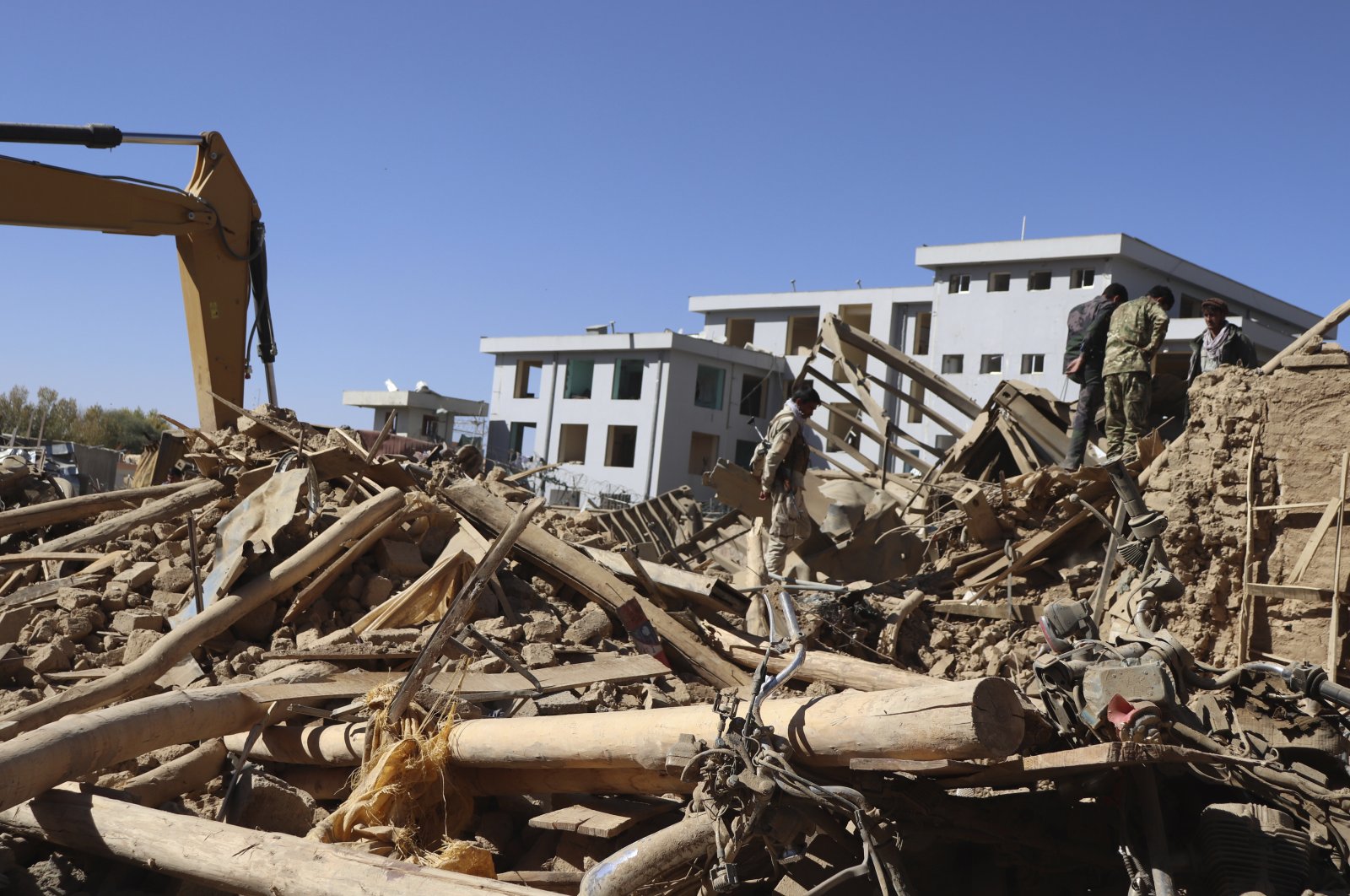 A suicide car bombing on Sunday killed at least 13 people and wounded more than 100 others in Afghanistan's western Ghor province, officials said.

The head of a hospital in Ghor, Mohammad Omer Lalzad, said emergency staff were treating dozens of people with both serious and light injuries from the bombing. He expected the death toll to rise.

Interior Ministry spokesman Tariq Aran said the car bombing struck near the entrance of the provincial police chief's office and other nearby government buildings in the area.

No one immediately claimed responsibility for the attack in Ghor, which comes amid an uptick in attacks by the Taliban as representatives of the group and Afghan government officials hold their first-ever face-to-face talks in Qatar, where the Taliban have had a political office for many years.

Arif Aber, spokesman for the provincial governor in Ghor, said the blast was so strong that its sound could be heard across Feroz Koh, the capital city of the province.

"It damaged and partially destroyed a few government buildings, including the police chief's office, the women's affairs department and the provincial office for refugees,” Aber said.

The presidency blamed the Taliban for the attack, highlighting that "continuation of violence and attacks by the Taliban will seriously challenge the peace efforts by the government of Afghanistan and its international partners".

Ahmad Shah, spokesperson for the Uruzgan provincial governor, told Anadolu Agency (AA) the incident took place in the Deh Rawood district. Blaming the Taliban for the incident, he said the residence of a local pro-government tribal leader had been "deliberately” targeted. Shah added that the injured children are in critical condition.

Figures by Afghanistan's Independent Human Rights Commission suggest that in the first six months of 2020, nearly 3,000 civilians were killed or injured in 880 different security incidents (1,213 killed, 1,744 injured) such as landmine blasts, aerial raids, and ground offensives between rival parties of the conflict.

The Taliban have yet to comment on the incident. Meanwhile, the group on Sunday accused the US of violating the peace deal reached in Doha, Qatar, this February, warning that all consequences from mounting airstrikes against them will fall squarely on the "American side.”

"American forces have violated the Doha agreement in various forms by carrying out excessive airstrikes following the new developments in Helmand province, Taliban spokesman Zabihullah Mujahed said in a statement.

On Friday, the Taliban agreed to suspend attacks in southern Afghanistan, which displaced thousands of residents in recent days. That came after the U.S. vowed to halt all airstrikes and night raids in keeping with the peace agreement the U.S. signed with the Taliban in February.

The U.S. had been conducting airstrikes in support of Afghan forces trying to repel Taliban assaults in Helmand province, which threatened to derail the efforts to end Afghanistan's war.

Peace talks held in Qatar between Taliban and Afghan government negotiators began in September, but after a ceremonious start became bogged down.