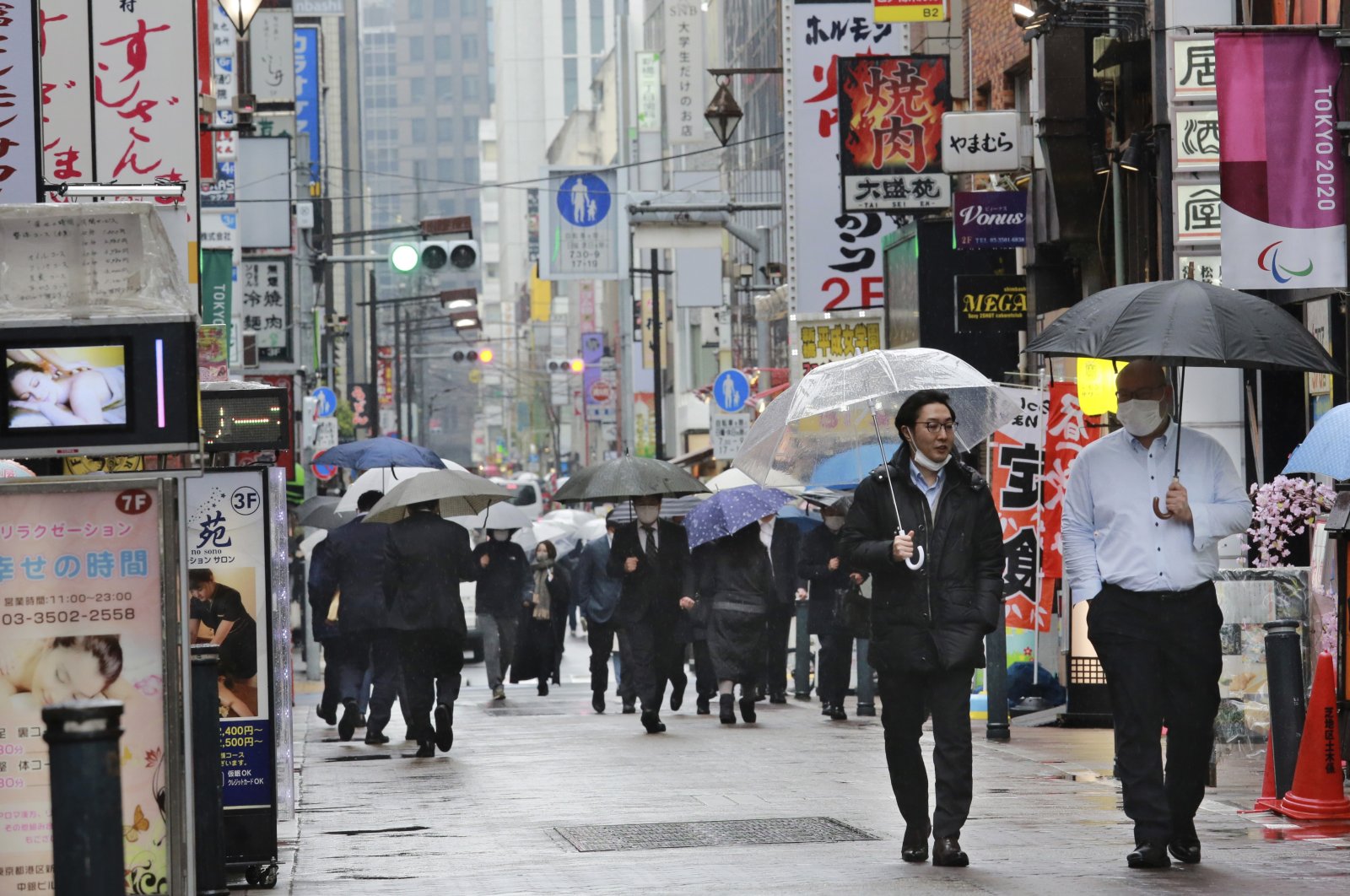 People wearing face masks to protect against the spread of the coronavirus walk on a street lined with bars and restaurants in Tokyo, March 8, 2021. (AP)
by Anadolu Agency Mar 08, 2021 5:56 pm
RECOMMENDED

More than 60% of Japanese people believe their culture favors men, with many still skeptical that gender equality will be achieved in the near future, according to an online survey conducted by a Tokyo-based research institution.

The results of the survey conducted by the Tokyo-based Denstu Institute last month were released on International Women's Day, Monday.

"Societal attitudes regarding gender equality have started to change, but there needs to be a shift to action,” said an official at the institute.

Japan has a population of over 126 million and is suffering from an overage population with one of the lowest birth rates.

Amid pandemic restrictions, the institute conducted the research online, which also found that people are skeptical that gender equality will be achieved in the near future.

Around 64.3% of participants believe men are "favored when it comes to customs and traditions.”

Similar results were found when participants were asked about preference between men and women in the workplace and the results showed that 59.6% said men were favored.

When asked to estimate how many years it would take for the country to elect its first female prime minister, the average among responses was 27.9 years.

Every year, March 8 is observed as International Women's Day, which aims to raise civil awareness of women's rights. It shows a commitment to anti-sexism and anti-discrimination against women.