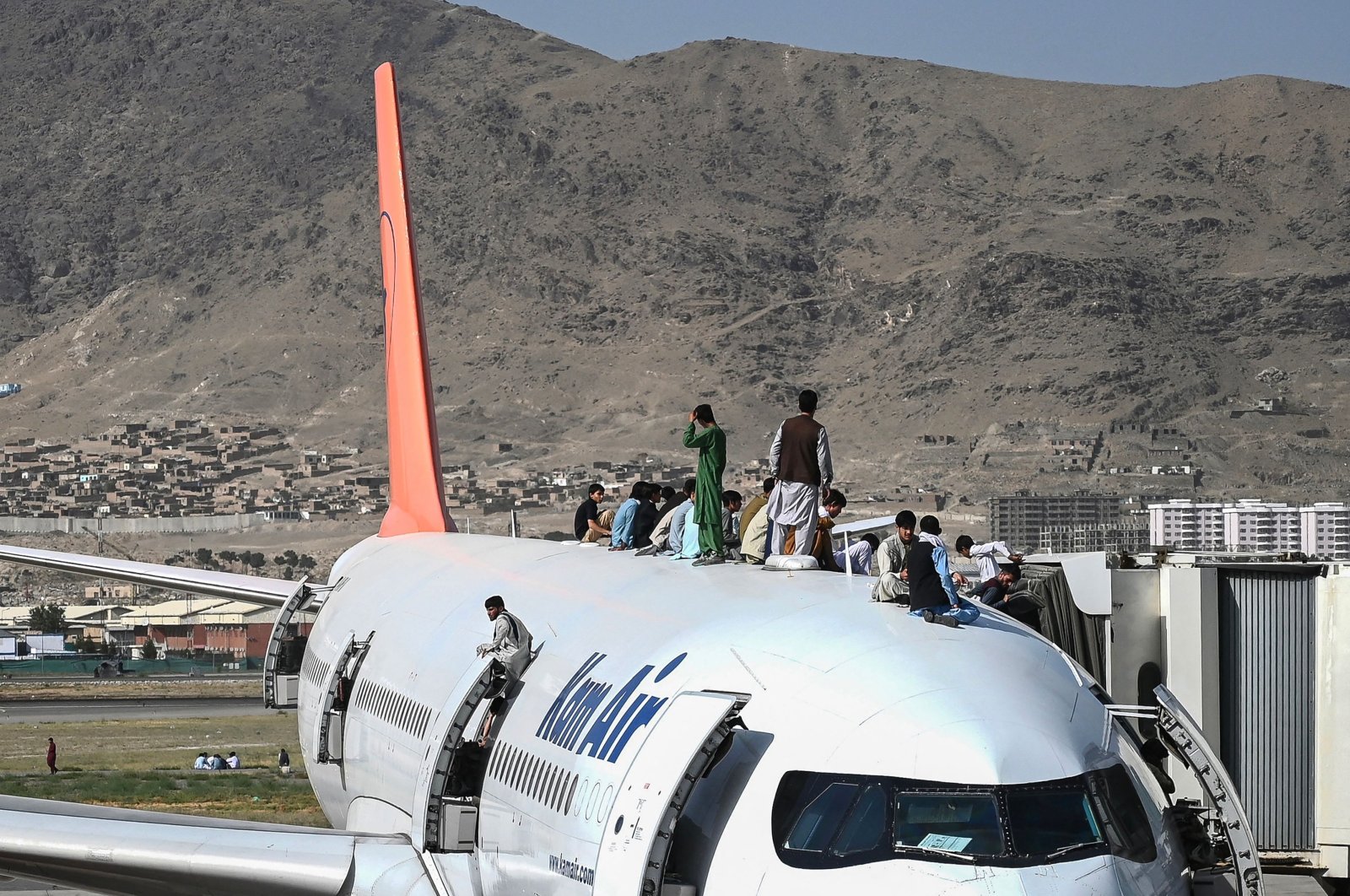 Business is just business, some say, with many resorting to shocking ways to sell more products.

Several online retailers have been criticized for selling an offensive T-shirt depicting Afghans who fell from a United States plane at Kabul Hamid Karzai International Airport while trying to escape the Taliban this week after the rapid takeover.

“Featuring the scene of the plane flying in the sky and suddenly, there are two people falling from it, the Kabul Skydiving Club Shirt is officially becoming a phenomenon and goes viral on the internet after that!” description of the product on the website says.

“For those who are into Parachuting, skydiving, those who love jumping from the aeroplane to experience the highest mood, this shirt is totally suitable to wear!”

It added that “the shirt originally does have its own meaning in the political aspect, but in the end, it depends on how you feel about it!”

It was reported Thursday that one of two victims that fell to their death from the plane is 17-year-old Afghan national team footballer Zaki Anwari. According to news agency Ariana, Anwari fell from a USAF Boeing C-17 and Afghanistan's General Directorate of Physical Education and Sports had confirmed his death.

The heartbreaking footage went viral on social media, showing a plane taking off into the sky and two tiny bodies falling off the landing gear.

In an attempt to sell more T-shirts sellers even posted a 19-second video on YouTube of a man modeling in clothes that appear to come in many colors and sizes.

Facing a major backlash on social media, with many users accusing off-brand online clothing stores of disrespect and inhumanity, the T-shirt’s creators offered awkward condolences to the victims.

“We were truly heartbroken and empathetic with the horrifying death of 2 people falling from the plane,” they wrote in a post shared on social media, adding, “and it was a shock when the rest of the world understand how the people of Afghanistan are facing the situation over there.”

“As Afghans are fleeing and clinging to planes out of desperation, someone decided to capitalize on their pain and misery with this repulsive T-shirt,” said Holly Dagres, a nonresident senior fellow at the Washington-based think tank, the Atlantic Council.

“It’s being sold on at least half a dozen T-shirt printing websites right now. Humans can be so cruel.”

“That is absolutely disgusting,” said another social media user on Twitter.