Taiwan is drenched from typhoon but saved from direct hit 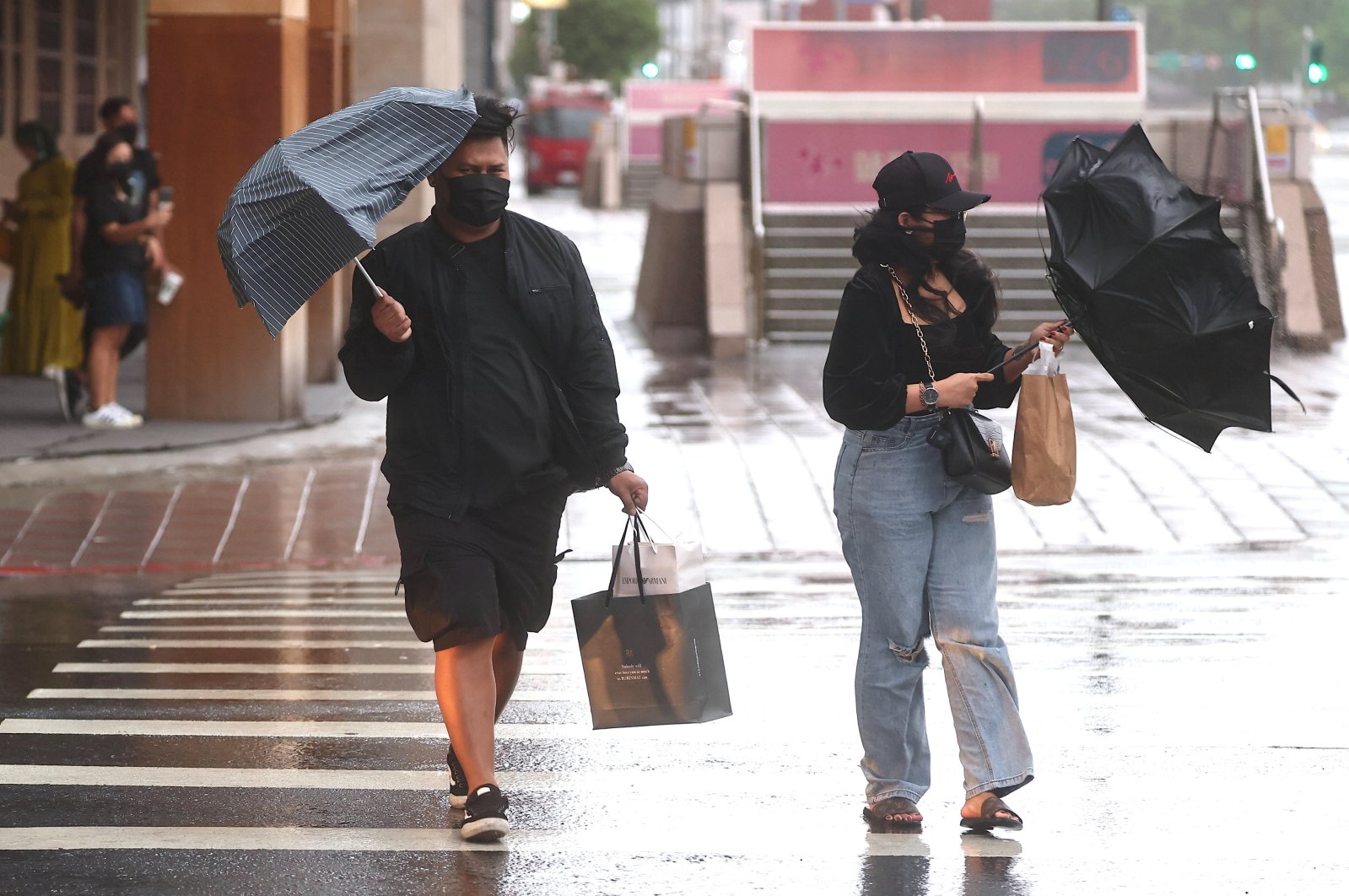 Downgraded from a super typhoon since its rapid formation last week, the outer edges of Chanthu pounded the eastern coastline. But the center of the storm remained out to sea as it moved north, the central weather bureau said.

The eastern regions of Hualien and Taitung have received some 200 millimeters (8 inches) of rain so far, the bureau added. Waves of up to 7 meters were recorded on Orchid Island off Taiwan's eastern coast.

A total of 159 domestic and international flights have been canceled due to the typhoon, the central emergency operation center said. All ferry services to offshore islands were also suspended, along with some train routes.

"The typhoon is pretty solid and its impact is most obvious today bringing strong winds, rains and waves before it gradually moves away tomorrow," said forecaster Hsu Chung-yi.

At 2 a.m. GMT, Chanthu was 90 kilometers (56 miles) northeast of Hualien, packing gusts of up to 198 kilometers an hour, the bureau said.

Most businesses and public venues were closed in eastern and northern parts of Taiwan, including the capital Taipei where heavy rains started Sunday.

Around 2,600 people in landslide-prone areas around Hualien have been evacuated while some 31,000 troops are on standby for relief work.

Taiwan is regularly hit by tropical storms in the summer months. In a rare exception to the rule, not a single typhoon made landfall last year, the first time in 56 years. That helped fuel the worst drought in decades until heavy rains set in a few months ago and brought needed relief.

Conson, which weakened from a tropical storm before making landfall in Vietnam, blew roofs from houses and flooded roads, according to state media.

There were some reports of landslides, and concerns over 12 people in Thua Thien Hue who remained uncontactable after a trip to a nearby forest.

Further heavy rain and strong winds are forecast in the coming days.