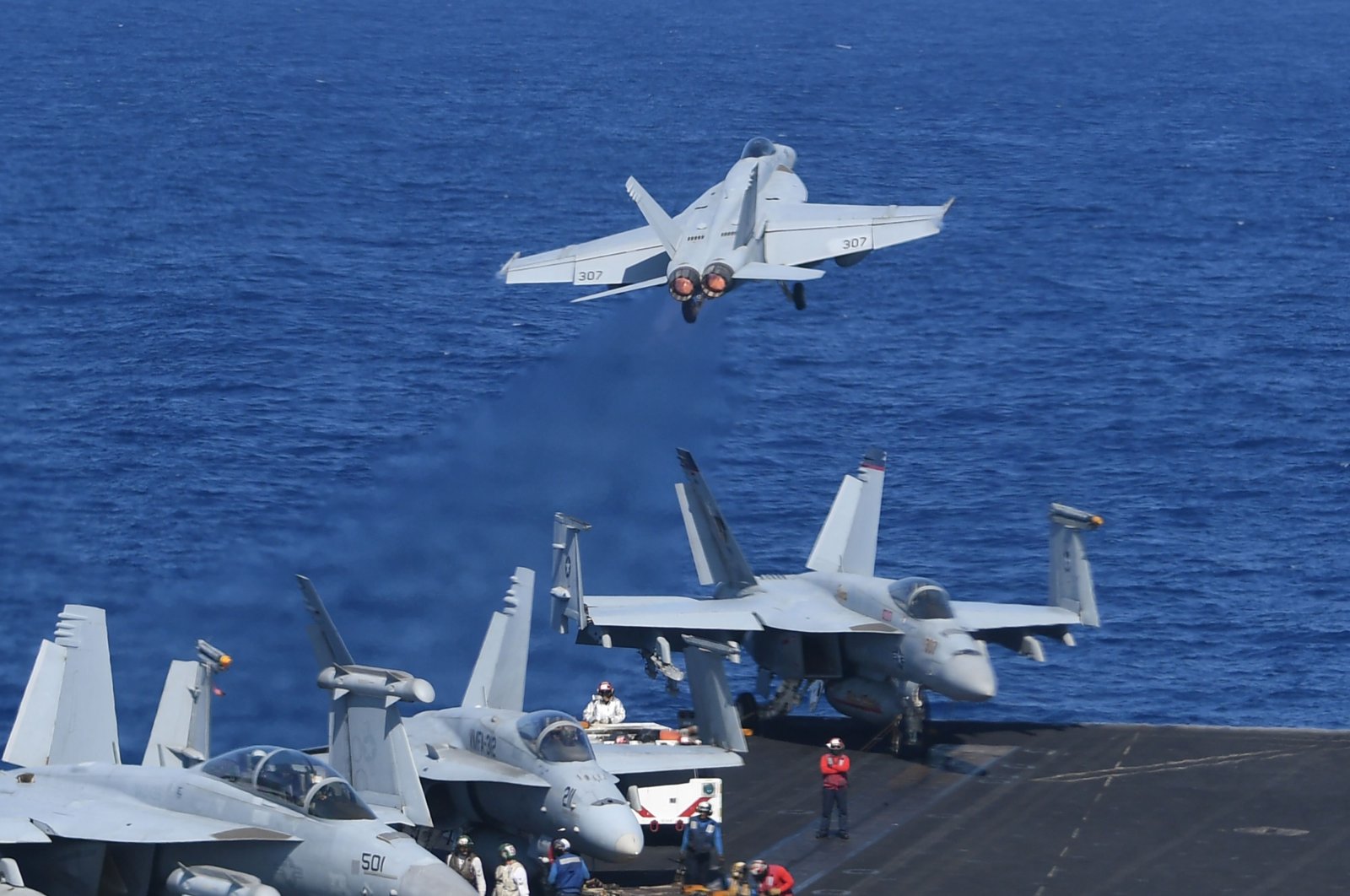 A US FA-18 hornet fighter jet flies past fighter jets and an E-2C Hawkeyes during a routine training exercise aboard U.S. aircraft carrier Theodore Roosevelt in the South China Sea on April 10, 2018. (AFP Photo)
by REUTERS Apr 12, 2021 6:05 pm
RECOMMENDED

Taiwan faced an unprecedented number of Chinese jets breaching the country's defense zone on Monday, a move that may escalate tensions that are already at a very high peak after a top United States official warned Taipei against an "increasingly aggressive" Beijing.

The defense ministry scrambled aircraft to broadcast warnings to leave and monitored the planes as China's 25 jets, including 18 fighters, entered the island's southwest Air Defense Identification Zone (ADIZ) for the 10th straight day this month.

The incursion – the largest in a year – came after U.S. Secretary of State Antony Blinken on Sunday warned China not to attempt to change the status quo around Taiwan, saying to do so would be a "serious mistake."

Democratic and self-ruled Taiwan lives under the constant threat of invasion by China, which has vowed to one day seize the island, by force if needed.

Blinken's comments also followed the State Department's Friday announcement that it will make it easier for U.S. officials to meet Taiwanese representatives, defying pressure from China amid high tensions.

The saber-rattling has increased since the 2016 election of President Tsai Ing-wen – who rejects the idea the island is part of "one China."

Some analysts and U.S. military officials have warned tensions between Taiwan and China are now at their highest since the mid-1990s.

"What we've seen, and what is of real concern to us, is increasingly aggressive actions by the government in Beijing directed at Taiwan, raising tensions in the (Taiwan) Straits," Blinken told NBC's "Meet the Press."

He said the United States has a long-standing commitment to Taiwan, but would not be drawn on whether Washington would respond militarily to any Chinese action involving Taiwan.

He added, "All I can tell you is it would be a serious mistake for anyone to try to change the existing status quo."

Taiwan's aging fighter fleet has suffered a string of fatal accidents in recent years as its air force is kept under constant pressure by China.

Last year Chinese jets made a record 380 incursions into Taiwan's ADIZ, according to Taipei authorities.