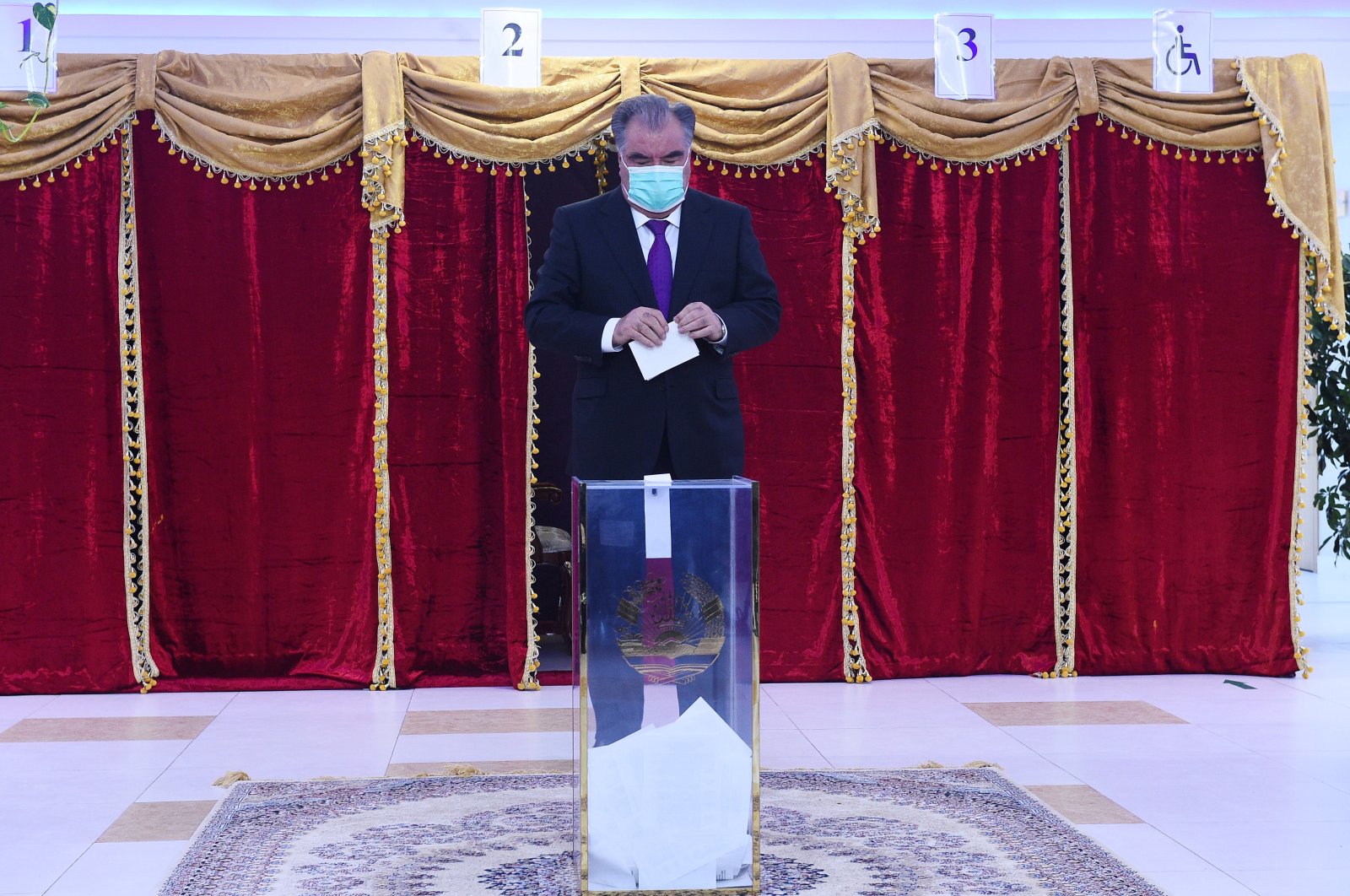 Tajikistan's President and Presidential candidate Emomali Rakhmon casts his ballot at a polling station during the presidential election in Dushanbe, Tajikistan, Oct. 11, 2020. (Press service of the President of Tajikistan/Reuters)
by French Press Agency - AFP Oct 12, 2020 9:58 am
RECOMMENDED

Tajikistan's leader Emomali Rakhmon was cruising to victory with over 90% of the vote Monday following a presidential election in which he faced only token opposition.

The Central Electoral Commission said that 90.9% of voters in Sunday's poll had cast their ballot for the strongman, who will secure a fresh seven-year term, according to preliminary results.

Turnout was over 85%, according to the Central Electoral Commission.

But Rakhmon and his government face unprecedented challenges after the weakest economy of all Soviet successor states joined others in being battered by the coronavirus pandemic.

Over a million Tajiks are believed to work abroad, mostly in Russia.

Alex Kochkarov, a country risk research analyst at IHS Markit in London said remittances sent home dropped "by 15-25% year on year in the first half, according to differing reports."

"If a large number of Tajik worker migrants would come back to Tajikistan from Russia where many have lost jobs in this year's crisis, it will increase domestic instability – both politically and economically," said Kochkarov, whose company predicts a 6.5% contraction of the economy this year.

The bleak economic outlook also raises questions about how the government will be able to service external debt, equating to more than a third of gross domestic product (GDP), with China a leading debt holder.

But voters in the capital Dushanbe overwhelmingly told AFP that they intended to vote for Rakhmon, with many citing the importance of peace and stability more than two decades after the conclusion of a bitter civil war.

Safar Mallayev, 66, was voting for Rakhmon because of his "enormous experience."

"Peace is the main thing. If we have peace it means everything will be alright," Mallayev said.