Taliban and Kabul government to meet in Moscow 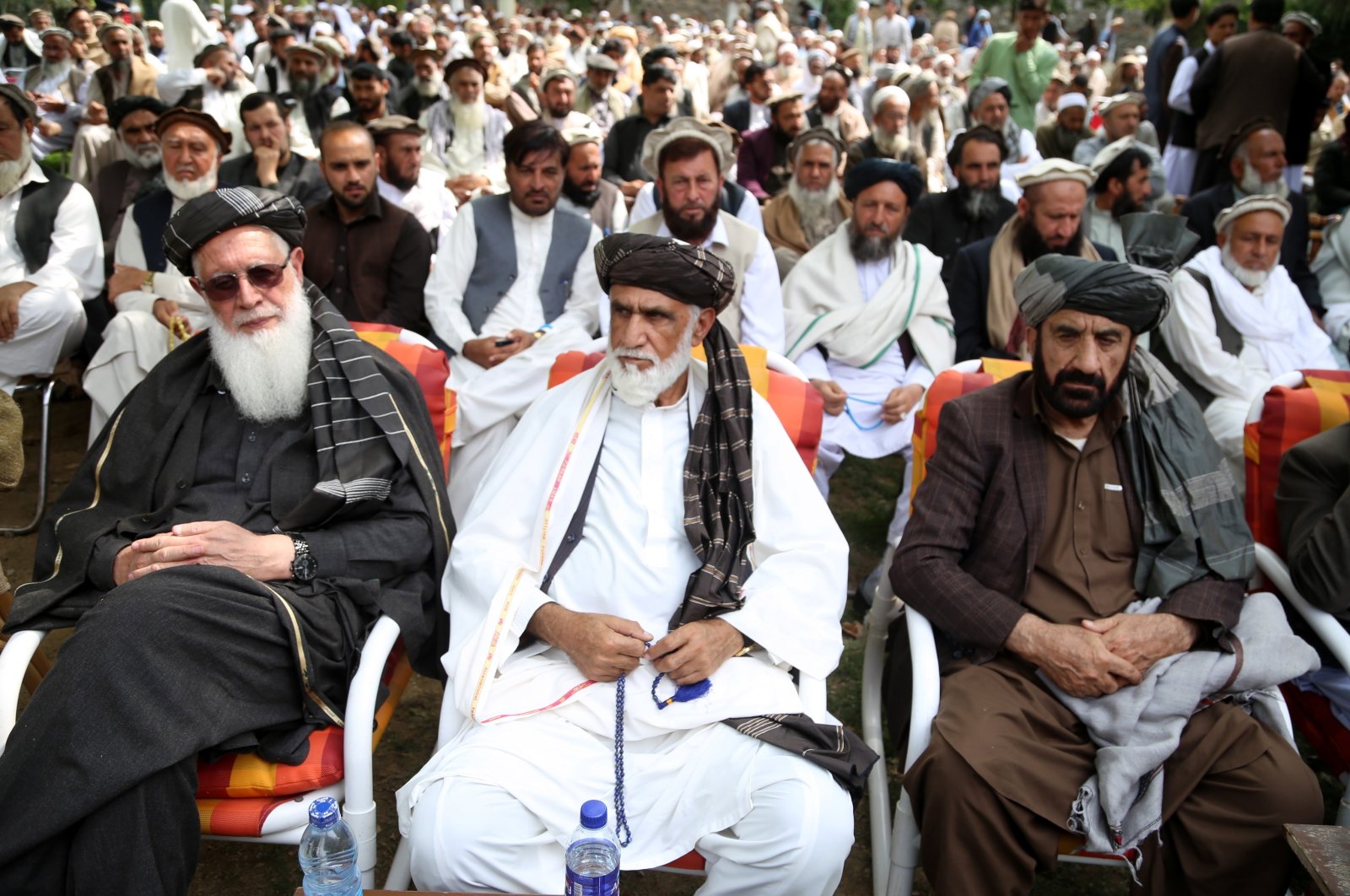 Afghans gather to discuss the aftermath of a proposal made in a letter by U.S. Secretary of State Antony Blinken to accelerate the ongoing peace negotiations with the Taliban, in Jalalabad, Afghanistan, March 13, 2021. (EPA Photo)
by French Press Agency - AFP Mar 15, 2021 6:05 pm
RECOMMENDED

The Taliban has stated that its senior members will attend peace talks with the Kabul government to be held in Moscow this week, to discuss the future of Afghanistan. Both sides, on Russia's invitation, will meet before the May 1 deadline set by U.S. President Joe Biden to withdraw all troops that have been on the ground in Afghanistan for over two decades.

Washington has encouraged the Afghan leadership to work towards establishing an "inclusive" government and peace accord amid fears of rapid Taliban advances once U.S. troops leave.

"A high-level delegation of 10 members of the Islamic Emirate of Afghanistan, led by (Taliban co-founder) Mullah Baradar Akhund... will attend the meeting held in Moscow," tweeted Mohammad Naeem, spokesperson for the Taliban office in Qatar.

The United States, despite tensions with Russia, has welcomed Moscow's role and also consulted its other rival China as diplomacy steps up.

Biden is wrapping up a review of whether to stick to an agreement with the Taliban negotiated by his predecessor Donald Trump who wanted to pull the last U.S. troops from Afghanistan by May.

The Biden administration has signaled that it wants to take a hard look at Trump's deal and its repercussions for Afghanistan and regional stability.

U.S. Secretary of State Antony Blinken wrote a letter to Afghan leaders encouraging them to consider a "new, inclusive government".

He also proposed that talks take place within weeks in Turkey to seal a comprehensive peace deal with the Taliban.

The Russian and Turkish initiatives will run alongside the Qatar-hosted talks between the Afghan government in Doha which have been ongoing with long pauses since September 2020.

Çavuşoğlu has signaled that he did not necessarily expect the Istanbul meeting to produce an immediate breakthrough.