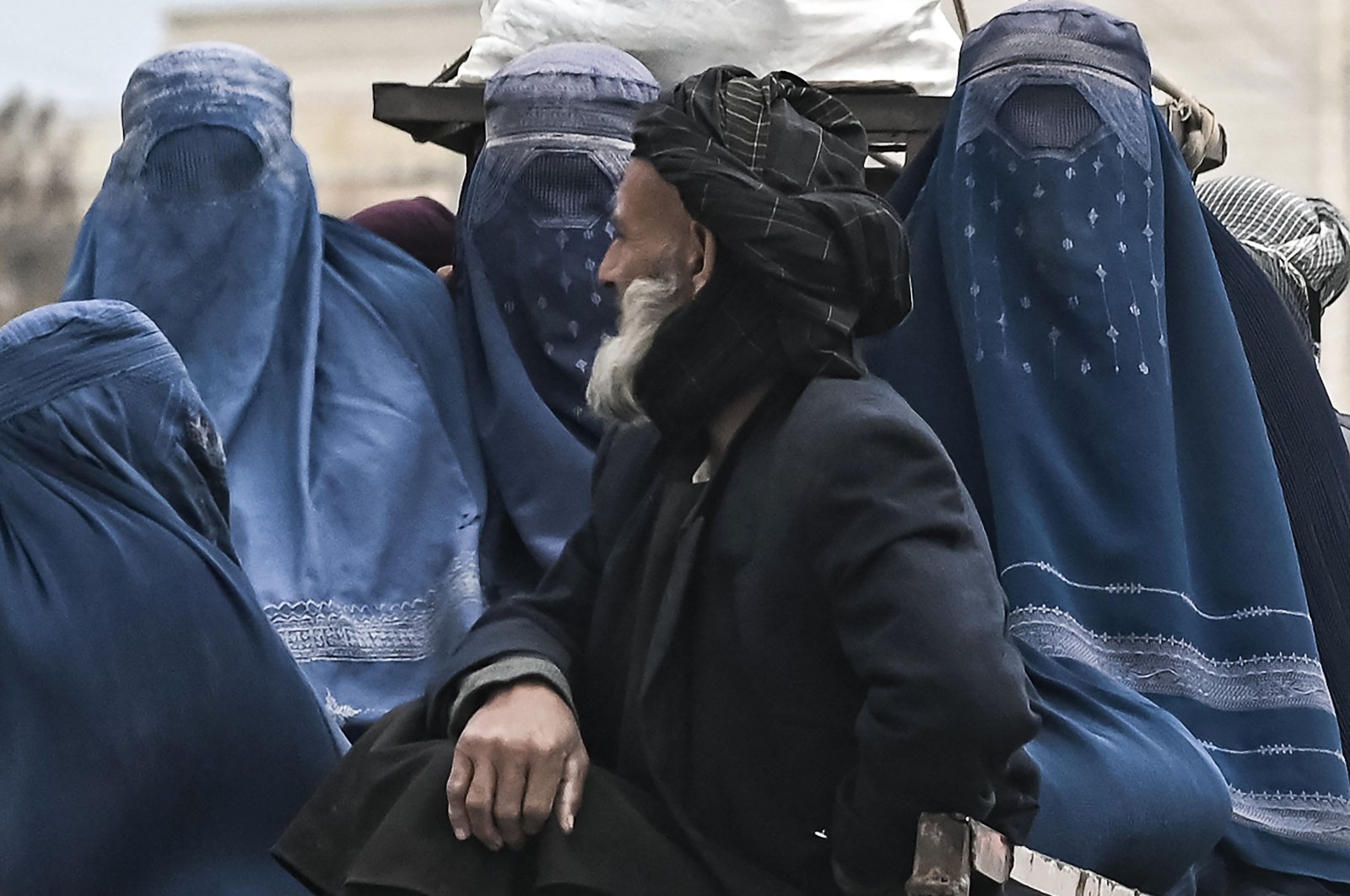 Afghanistan's Taliban authorities said Sunday that women seeking to travel more than short distances should not be offered transport unless they are accompanied by a close male relative.

The guidance, issued by a ministry for the "propagation of virtue and prevention of vice," also called on all vehicle owners to offer rides only to those women wearing Islamic hijabs.

"Women traveling for more than 45 miles (72 kilometers) should not be offered a ride if they are not accompanied by a close family member," ministry spokesperson Sadeq Akif Muhajir told Agence France-Presse (AFP) on Sunday, specifying that it must be a close male relative.

The ministry had also called on female TV journalists to wear hijabs while presenting.

Muhajir said Sunday that the hijab would also be required for women seeking transport. The ministry's directive also asked people to stop playing music in their vehicles.

The Taliban's interpretation of the hijab – which can range from a hair covering to a face veil or full-body covering – is unclear, and the majority of Afghan women already wear headscarves.

Since taking power in August, the Taliban have imposed various restrictions on women and girls, despite pledging a softer rule compared with their first stint in power in the 1990s.

In several provinces, local Taliban authorities have been persuaded to reopen schools – but many girls still remain cut off from secondary education.

Early this month, the group issued a decree in the name of their supreme leader instructing the government to enforce women's rights.

The decree did not mention girls' access to education.

Activists hope that the Taliban's battle to gain international recognition and get aid flowing back into one of the poorest countries in the world will lead to them making concessions to women.

Respect for women's rights has repeatedly been cited by key global donors as a condition for restoring aid.

Women's rights were severely curtailed during the Taliban's previous stint in power.

They were then forced to wear the all-covering burqa, only allowed to leave home with a male chaperone and banned from work and education.

Taliban police in Afghanistan have directed all drivers to refrain from playing music in their cars and not to pick up female passengers who do not follow the dress code.

The message was distributed on an advisory pamphlet by a spokesperson for a ministry set up by the Taliban for the "propagation of virtue and the prevention of vice," Mohammad Sadiq Akif.

An Afghan university lecturer, Haroun Rahimi, criticized the Taliban's directive, saying it means taxi drivers will effectively be in a position to police women's bodies and their mobility. It will create opportunities for harassment and make public spaces unsafe for women.

"Muslim women are scientists, captains of industries and political leaders across the world," Rahimi wrote in a series of tweets. He and other American University of Afghanistan staff were evacuated from Afghanistan earlier this year.

"Afghan women should be encouraged to follow in their steps," he said.