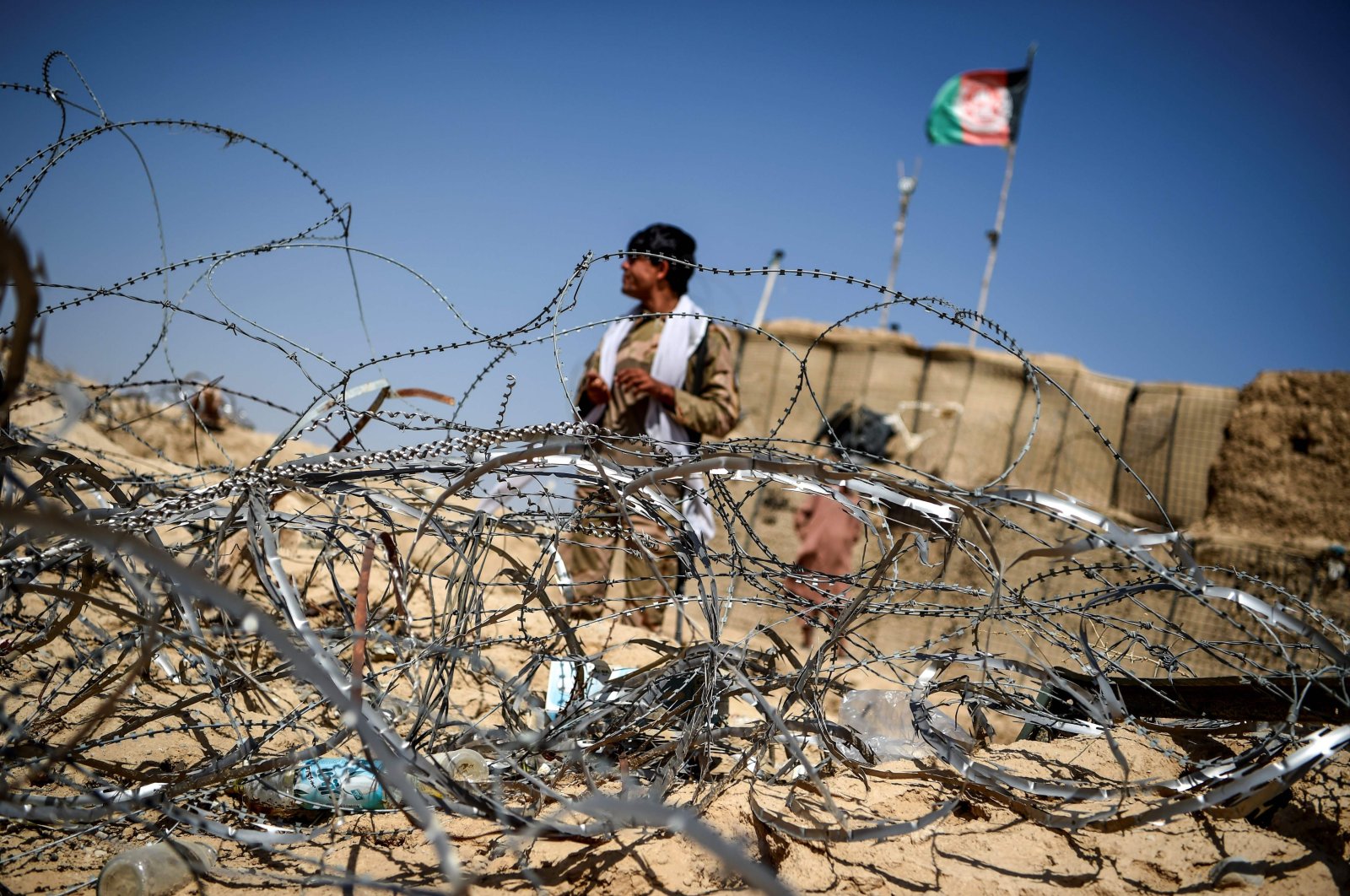 A policeman keeps watch as he stands outside an outpost set up against Taliban fighters at Aziz Abad village in Maiwand district of Kandahar province, Afghanistan, Sept. 27, 2020. (AFP Photo)
by Agencies Nov 10, 2020 10:51 am
RECOMMENDED

Afghanistan's insurgent Taliban on Tuesday called on the incoming administration of U.S. President-elect Joe Biden to stick to the February agreement signed with his predecessor Donald Trump's administration that paved the way for withdrawing American forces from Afghanistan.

The United States has been pulling out troops under the deal which envisages the withdrawal to be complete by May, subject to certain security guarantees, while the Taliban holds peace talks with the Afghan government in Doha.

"The Islamic Emirate would like to stress to the new American president-elect and future administration that implementation of the agreement is the most reasonable and effective tool for ending the conflict between both our countries," the militant group said in a statement, its first substantive comment on the results of the U.S. presidential election.

In February, Trump's administration signed a deal with the Taliban to fully disengage from Afghanistan in exchange for several security guarantees and a commitment from the insurgents to stop transnational extremist groups such as al-Qaida and Daesh from operating in the country.

However, Biden's victory in the U.S. election has raised hopes among ordinary citizens that he might slow what some see as a too-hasty withdrawal of U.S. troops from Afghanistan. The Taliban said they expected Biden's government to stick to the deal signed on Feb. 29.

"We signed the agreement with the American government, not a person," Mohammad Naeem, a spokesman for the Taliban, told Agence France-Presse (AFP) Monday. "We hope that the process that has started will not be weakened, but rather strengthened."

The withdrawal of troops has been a cornerstone of Trump's plans to end America's longest war. Since the signing of the deal, the U.S. military has shut several bases and pulled out thousands of troops as agreed.

That deal, however, excluded the Afghan government from negotiations and also saw almost 6,000 Taliban prisoners released – much to the displeasure of authorities.

Days after the release of prisoners, peace talks between the Taliban and the Afghan government to end the war were launched in the Qatari capital Doha.

The talks, which commenced on Sept. 12, have failed to make any significant progress so far.

"The ongoing intra-Afghan talks is part of the agreement (with the U.S.) and shall continue unaffected," Naeem said.

Despite the Taliban and Afghan government engaging in talks, violence on the ground has only surged, with the Taliban stepping up daily attacks targeting Afghan security forces.

Afghan President Ashraf Ghani said Sunday that ties between Kabul and Washington are expected to deepen in areas of counterterrorism and building peace as he congratulated Biden on his election victory.

Kabul resident Salim, meanwhile, was hopeful that Biden would withdraw forces in a "responsible" manner.

"Biden thinks more about Afghanistan. Even if he withdraws forces from the country, he would take a responsible decision (about it)," said Salim, who goes by only one name as many Afghans do.

Outgoing U.S. President had said in a Tweet in October that troops could be out of Afghanistan by Christmas, though officials such as his national security advisor have said that they were working to the May 2021 deadline.