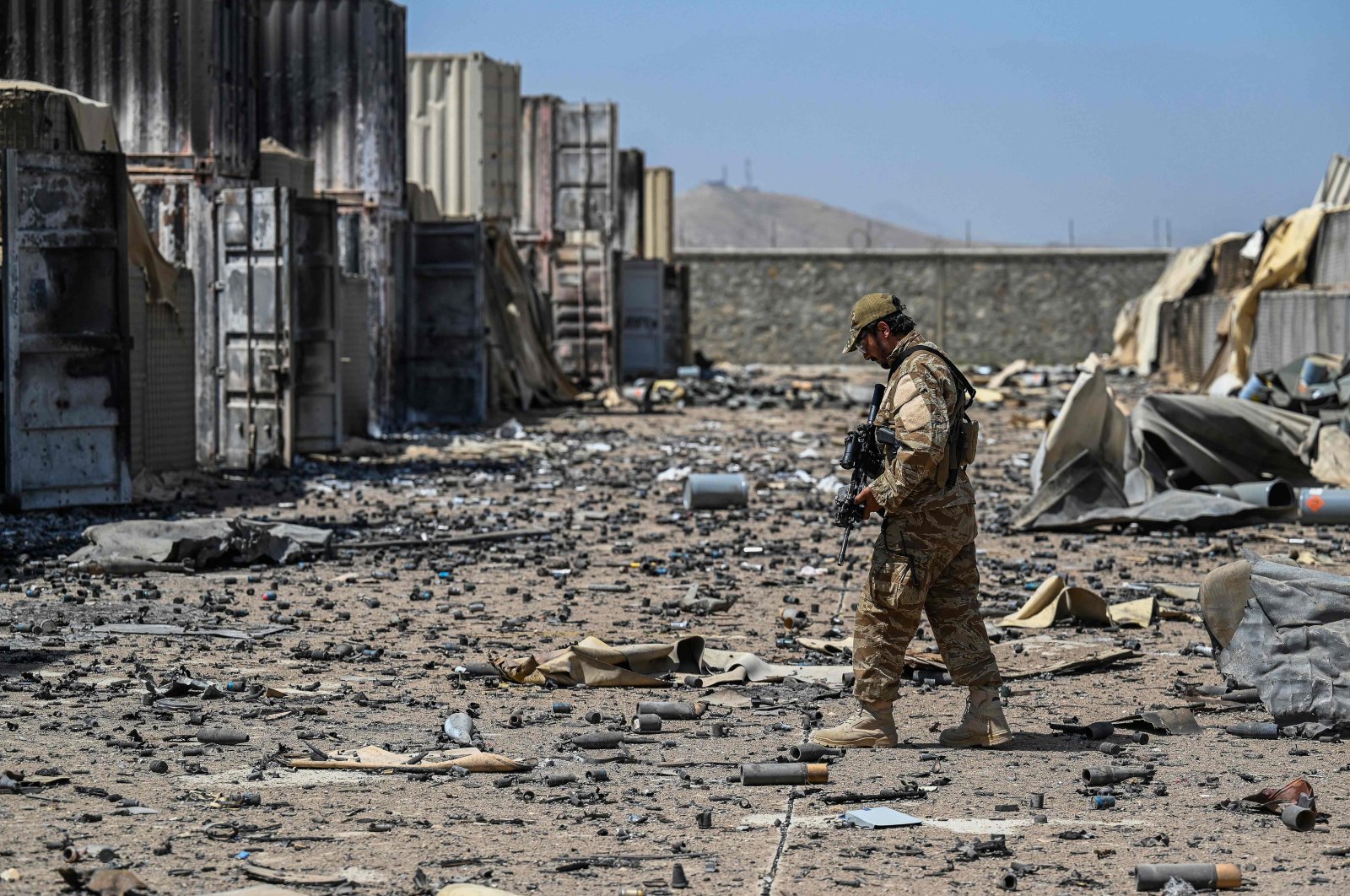 In this file photo, a member of the Taliban Badri 313 military unit walks amid debris of the destroyed Central Intelligence Agency (CIA) base in Deh Sabz district northeast of Kabul after the U.S. pulled all its troops out of the country, Kabul, Afghanistan, Sept. 6, 2021 (AFP Photo)
by Daily Sabah with DPA Nov 30, 2021 2:04 pm
RECOMMENDED

The Taliban has executed or caused the forcible disappearance of more than 100 former government security forces since seizing power in Afghanistan, according to a report released Tuesday.

The 25-page report documents the killings or disappearances of former Afghan officials from the military, police, intelligence services and pro-government militias who surrendered to or were detained by Taliban forces between Aug. 15 and Oct. 31, according to Human Rights Watch (HRW), which compiled the evidence.

The document titled “‘No Forgiveness for People Like You,' Executions and Enforced Disappearances in Afghanistan under the Taliban,” cited credible information on more than 100 killings or enforced disappearances from Ghazni, Helmand, Kandahar and Kunduz provinces, four of the country’s 34 provinces.

The Taliban leadership offered a "general amnesty" to all forces from the previous Afghan government both prior to and after the group took over the country in August. Most of the provinces, including the capital Kabul, were handed over to them without a fight. The security forces surrendered en masse in several provinces, while others abandoned their duties and went into hiding.

HRW said the Taliban has gained access to employment records the former government left behind and is using them to identify people for arrest and execution.

"The Taliban leadership's promised amnesty has not stopped local commanders from summarily executing or disappearing former Afghan security force members," said Patricia Gossman, associate Asia director at HRW. “The burden is on the Taliban to prevent further killings, hold those responsible to account, and compensate the victims’ families,” she added.

The human rights organization had face-to-face interviews with 40 people and held 27 phone conversations with witnesses, relatives and friends of victims, former government officials, journalists, health care workers, as well as with Taliban members. One of the Taliban commanders said that such atrocities “cannot be forgiven.”

According to witnesses, the Taliban rulers have ordered members of Afghan forces to register, promising a letter in return that would allegedly provide them security. Instead of sending the letter, the obtained data were used for arrests and abductions of people within days after they register.

In response to the findings, Taliban officials told HRW they had removed from their ranks 755 members found to have committed such acts and established a military tribunal for those accused of murder, torture and illegal detention. According to HRW, however, they have provided no information to corroborate their claim.

“Taliban night raids are terrifying,” a civil society activist from Helmand province told HRW. “They are conducted on the pretext of disarming ex-security forces who have not surrendered weapons. Those that ‘disappear’ are (victims) of night raids. The family can’t report or confirm. The families can’t even ask where (the person has been taken).”

The reports claimed that the "executions and disappearances have generated fear among former government officials and others who might have believed that the Taliban takeover would bring an end to the revenge attacks that had been characteristic of Afghanistan’s long armed conflict."

“The Taliban’s unsupported claims that they will act to prevent abuses and hold abusers to account appears, so far, to be nothing more than a public relations stunt,” Gossman said. “The lack of accountability makes clear the need for continued United Nations scrutiny of Afghanistan’s human rights situation, including robust monitoring, investigations and public reporting,” she said.