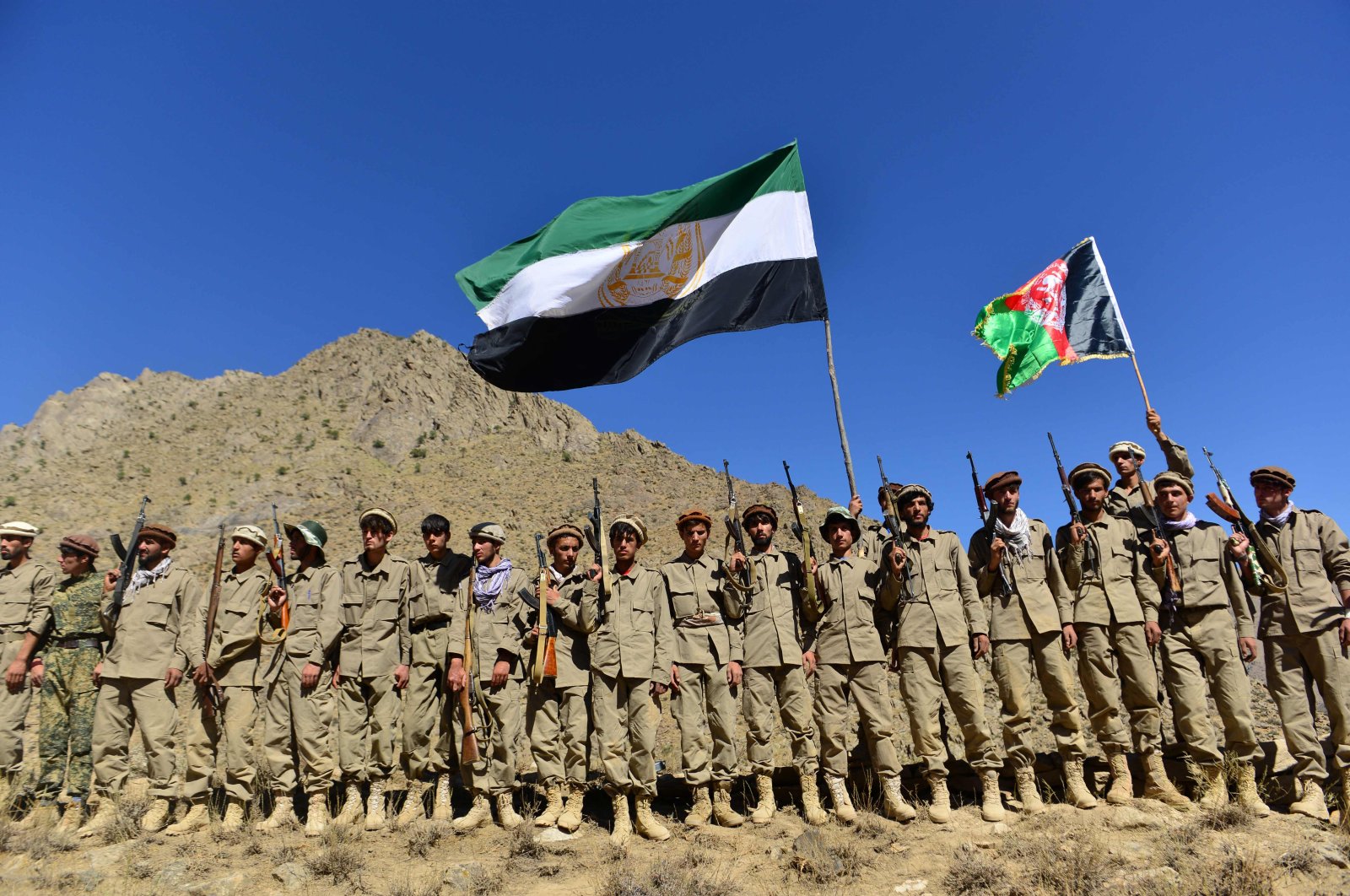 Anti-Taliban fighters in Afghanistan's Panjshir Valley said Friday they were battling to repulse "heavy" assaults, as the militants seek to capture the last holdout province defying their rule.

Efforts to strike a peace deal between the two sides have failed, and the Taliban are keen to cap their lightning military offensive which saw them seize control of the rest of Afghanistan last month.

"The Taliban have a significant advantage," said Nishank Motwani, an Afghan analyst based in Australia, saying the insurgents were emboldened by their recent victories.

"They are very well armed, and they have the psychological factor in their favour in that they precipitated the fall of the government so quickly."

The Taliban seized an enormous arsenal of weapons and military kit that the now-departed U.S. provided to the defeated Afghan army, as well as the support of prisoners they freed from jails.

"The Taliban also have shock troops, including the use of suicide tactics," Motwani added.

Fighters from the National Resistance Front (NRF), made up of anti-Taliban militia fighters and former Afghan security forces, are understood to have significant weapon stockpiles too in the valley, which lies around 80 kilometers (50 miles) north of Kabul.

On Wednesday, senior Taliban official Amir Khan Muttaqi issued an audio message to say their forces had surrounded the valley, calling on the people of the Panjshir to tell fighters to lay down their arms.

"Those who want to fight, tell them it is enough," Muttaqi said.

But many Afghans are terrified of a repeat of the Taliban's harsh rule from 1996 to 2001.

The new rulers have pledged this time they will be more accommodating, but many in Panjshir are deeply skeptical.

Hours after their warning, Taliban forces launched renewed attacks including from the south of Panjshir from Kapisa, as well as from the Khawak Pass to the west of the valley.

Both sides have claimed to have inflicted heavy losses on their rivals.

Communications are difficult in the valley, however, and Agence France-Presse (AFP) was unable to verify the reports on the ground.

On Friday, Ali Maisam Nazary, a spokesperson for the NRF who is understood to be outside the valley but in close contact with key leader Ahmad Massoud, said there had been more attacks by Taliban forces overnight.

"There is heavy fighting in Panjshir," Nazary said. "He (Massoud) is busy defending the valley."

Massoud is the son of the late guerrilla commander Ahmad Shah Massoud, dubbed the "Lion of Panjshir" for holding out first against Soviet and then Taliban forces when they were in power before.

He is understood to want autonomy for the region. Massoud said in a statement Wednesday that the Taliban had offered them "one or two seats" in their new administration, but he had rejected the deal.

"The Taliban have chosen the path of war," Massoud said.

Panjshir fighters and their media-savvy leaders are full of fighting bravado.

"We are ready to defeat them, if they dare to invade," one Panjshir fighter said.

But despite their confidence, the odds seem increasingly stacked against them.

Geography at least is on the side of the Panjshir's fighters, said Motwani, and while the Taliban claim to have blocked roads into the valley, that is "very different" from controlling all sides.

The 115-kilometer-long (70-mile-long) valley surrounded by jagged snow-capped peaks offers a natural military advantage since defending units can use high positions to ambush attacking forces below. But the conflict appears to be escalating, Martine van Bijlert, of the Afghanistan Analysts Network, warned.

"Taliban forces have been massing around the entrance to the valley but have been hit in ambushes and have sustained casualties," Van Bijlert wrote in a recent analysis. "Whereas both sides mainly seemed to be trying to hurt each other in order to strengthen their hand in negotiations, without starting an all-out battle, according to the latest reports, the Taliban are now summoning forces from other provinces."

The Panjshir – mainly inhabited by ethnic Tajik people – has immense symbolic value in Afghanistan as the area that has resisted occupation by invaders in the past.

For Afghans opposed to the Taliban, the holdout province stands as a symbol to show the hardline militants are not the welcome rulers of all Afghanistan, Motwani said.

"It gives hope to those Afghans who have lost almost everything in a blink of an eye," he said. "It is somewhere where people can go outside Taliban rule."