Taliban prepares for talks with political leadership in Kabul 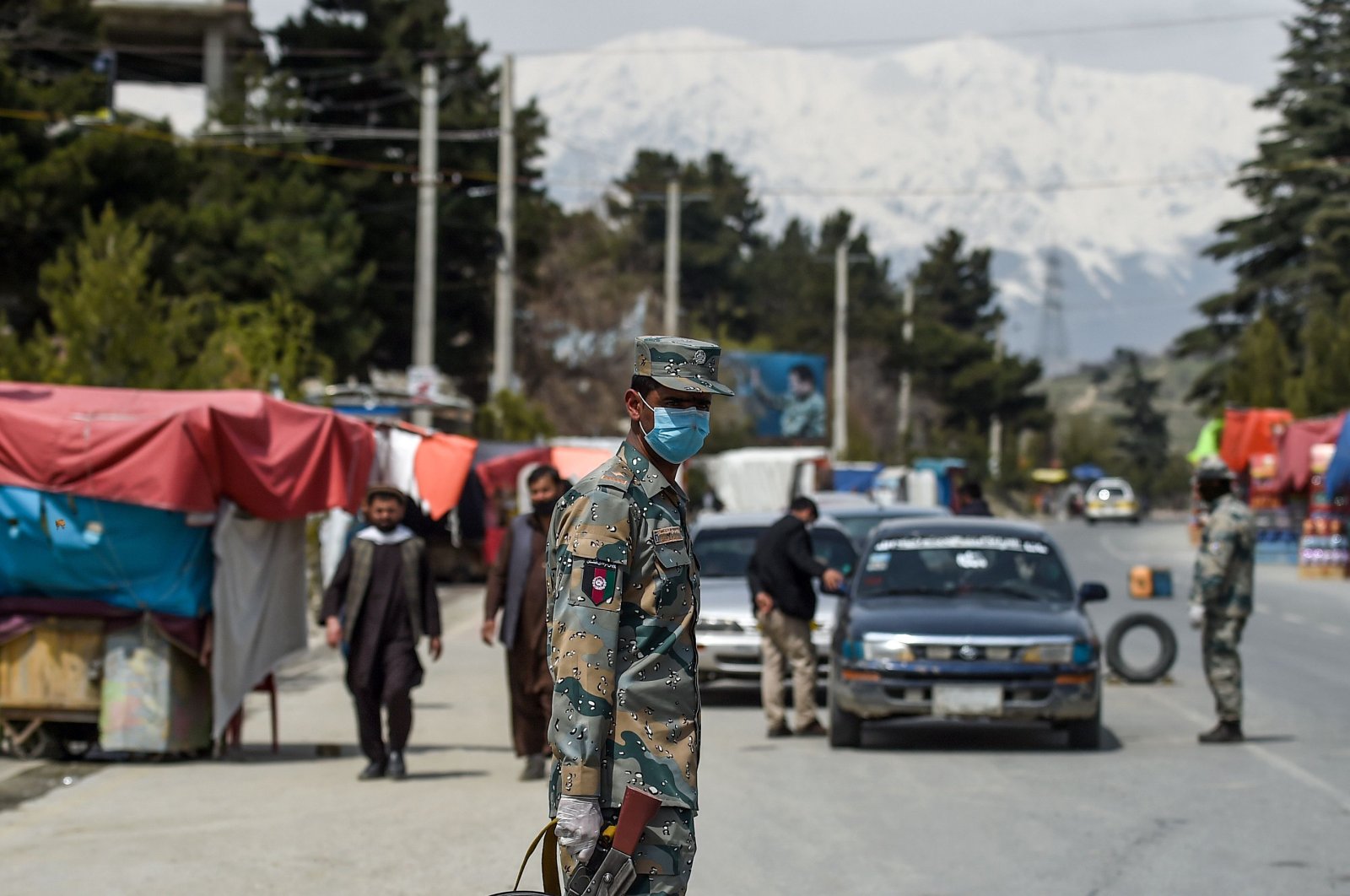 Members of security wearing facemasks stop motorists at a checkpoint during a government-imposed lockdown as a preventive measure against the COVID-19 coronavirus in Kabul, April 8, 2020. (AFP Photo)
by ASSOCIATED PRESS Jun 08, 2020 4:04 pm
RECOMMENDED

The Taliban have started putting together their agenda for negotiations with the political leadership in Kabul, Taliban officials said, a significant first step toward talks seen as perhaps the most critical next phase in the Afghan peace process.

No date has yet been set for negotiations but Washington’s peace envoy is currently crisscrossing the region in efforts to advance the U.S.-Taliban accord signed earlier this year.

Zalmay Khalilzad, the architect of Washington's deal with the Taliban, was in Pakistan over the weekend, meeting with the political and military leadership, according to a U.S. Embassy statement on Monday.

The Taliban leadership council, meanwhile, began taking proposals from its members in preparation for the start of negotiations, Taliban officials said, speaking on condition of anonymity because they were not authorized to speak to the media.

They cited Taliban leader Haibatullah Akhunzada, who expressed the insurgent group's readiness to participate in the talks with Kabul.

A sticking point ahead of the talks was the exchange of prisoners between the warring sides. After stalling for weeks, the prisoner swaps unfolded and by Monday, the government had released 2,710 Taliban prisoners, according to Javid Faisal, spokesman for the national security adviser's office in Kabul.

Taliban spokesman Suhail Shaheen says the insurgents have so far freed 531 Afghan military and civilian government personnel they held captive. Shaheen, however, tweeted that the government freed so far only 2,284 Taliban prisoners. The discrepancy could not be immediately explained, but the Taliban have been counting only those prisoners they had listed as part of the U.S.-Taliban deal.

This deal calls for the Kabul government to release 5,000 Taliban prisoners and the Taliban to free 1,000 government and military personnel ahead of the negotiations – an exchange billed as a gesture of goodwill.

The accord signed Feb. 29, was seen as Afghanistan's best chance for peace and an opportunity for U.S. and NATO troops to leave the war-torn country after nearly two decades of fighting.

The withdrawal of international forces, which has already begun, is tied to promises from the Taliban that they will not allow Afghanistan to be used as a staging arena for attacks against the United States and its allies.

Washington also wants the Taliban's help in battling Daesh, based in eastern Afghanistan and increasingly active in recent weeks. The U.S. has blamed Daesh for a horrific attack on a maternity hospital in Kabul last month that killed 24 people, including two infants and several mothers. Daesh has also claimed responsibility for several attacks over the past two weeks, including on a busload of journalists that killed two people.

Khalilzad, who was in Doha, Qatar, meeting the Taliban at their political headquarters before going to Pakistan, was expected sometime on Monday in Kabul for a meeting with Afghan President Ashraf Ghani as well as his longtime political rival, Abdullah Abdullah. The two have since signed a power-sharing agreement.

Sediq Sediqi, a spokesman for Ghani said the president would like to see talks with the Taliban start in one month. However, he did not clarify whether the Afghan government would release the remaining 2,000 plus Taliban prisoners beforehand, which has been a pre-condition for the start of negotiations.