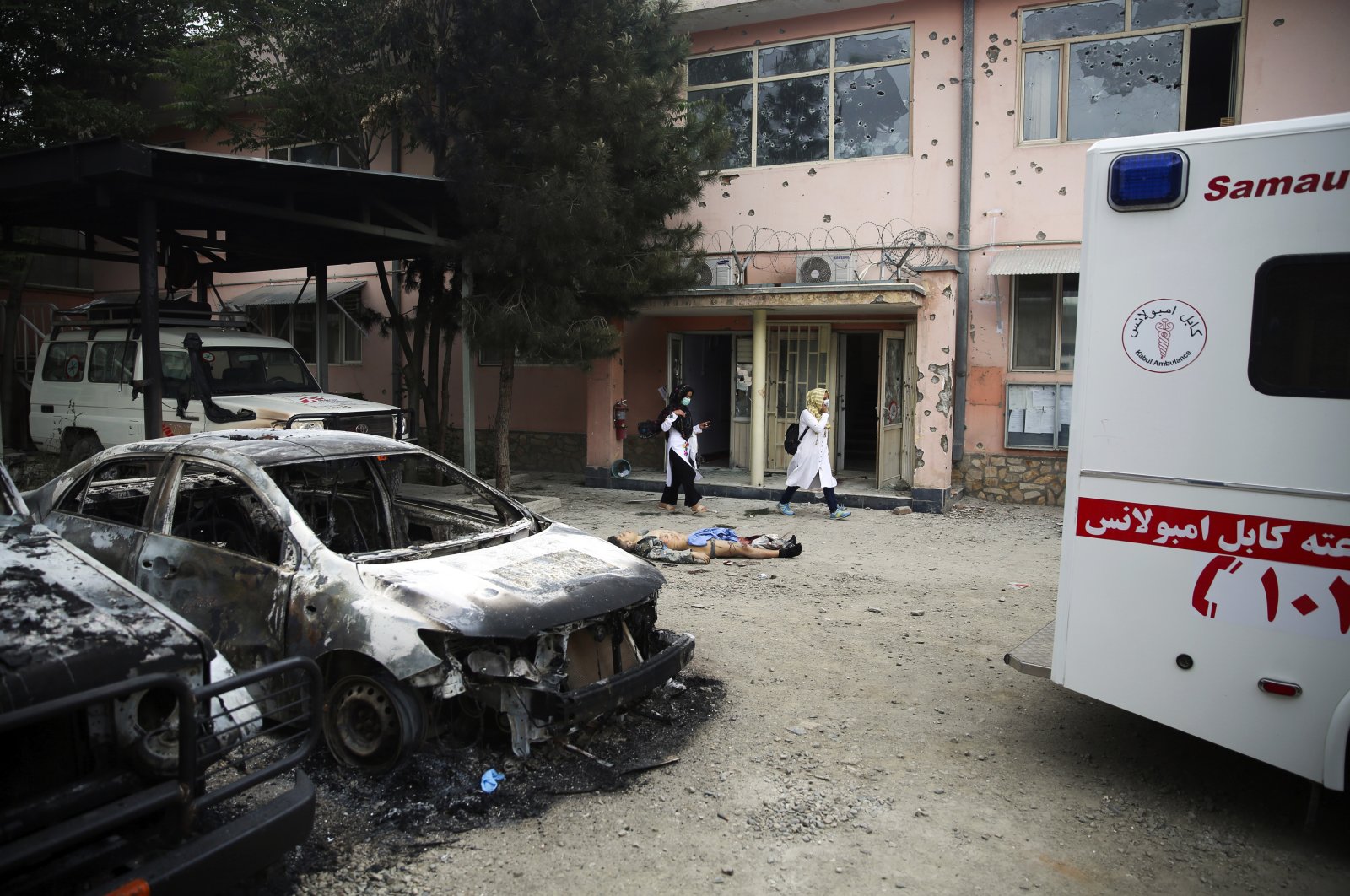 The Taliban warned Wednesday it was ready to fight back after Afghan forces were ordered to resume strikes in response to a series of deadly attacks, further unravelling a fragile peace process.

The combined death toll from two attacks, including one on a hospital in which infants and nurses were killed, has risen to 56, health officials said Wednesday.

President Ashraf Ghani blamed both attacks on the Taliban and Daesh, ordering Afghan troops to "return to offensive postures, and resume their operations against the enemy."

But the Taliban, which denied involvement in Tuesday's attacks, warned it was "fully prepared" to counter any strikes by Afghan forces.

"From now onwards the responsibility of further escalation of violence and its ramifications shall fall squarely on the shoulders of the Kabul administration," it said in a statement early on Wednesday.

The aggressive posturing raises fresh questions about the fate of a hoped-for peace process that is teetering just as Afghanistan grapples with a public health crisis.

Ghani had earlier vowed to only react defensively to Taliban attacks to show good faith ahead of eventual peace talks, set out in a landmark deal between the insurgents and the U.S. in February.

The Taliban has largely abstained from launching any major attacks in Kabul and other cities since the deal was signed.

It has, however, carried out regular attacks against Afghan forces in several provinces.

They have blamed Daesh and elements of the government's intelligence units for the latest attacks.

Daesh said it was behind the funeral suicide bombing, but the hospital attack has not been claimed.

Top U.S. officials, including Secretary of State Mike Pompeo who noted the Taliban's denial of responsibility for Tuesday's attacks, have urged the Afghan government and the militant group to ensure that the peace process succeeds.

"The Taliban and the Afghan government should cooperate to bring the perpetrators to justice," Pompeo said in a statement.

"Failure to do so leaves Afghanistan vulnerable to terrorism, perpetual instability and economic hardship," Khalilzad said on Twitter.

The accord with Washington strives for all U.S. and foreign forces to leave Afghanistan over the next year.