Tension escalates between US, China over Beijing's crackdown on Uighur Muslim minority 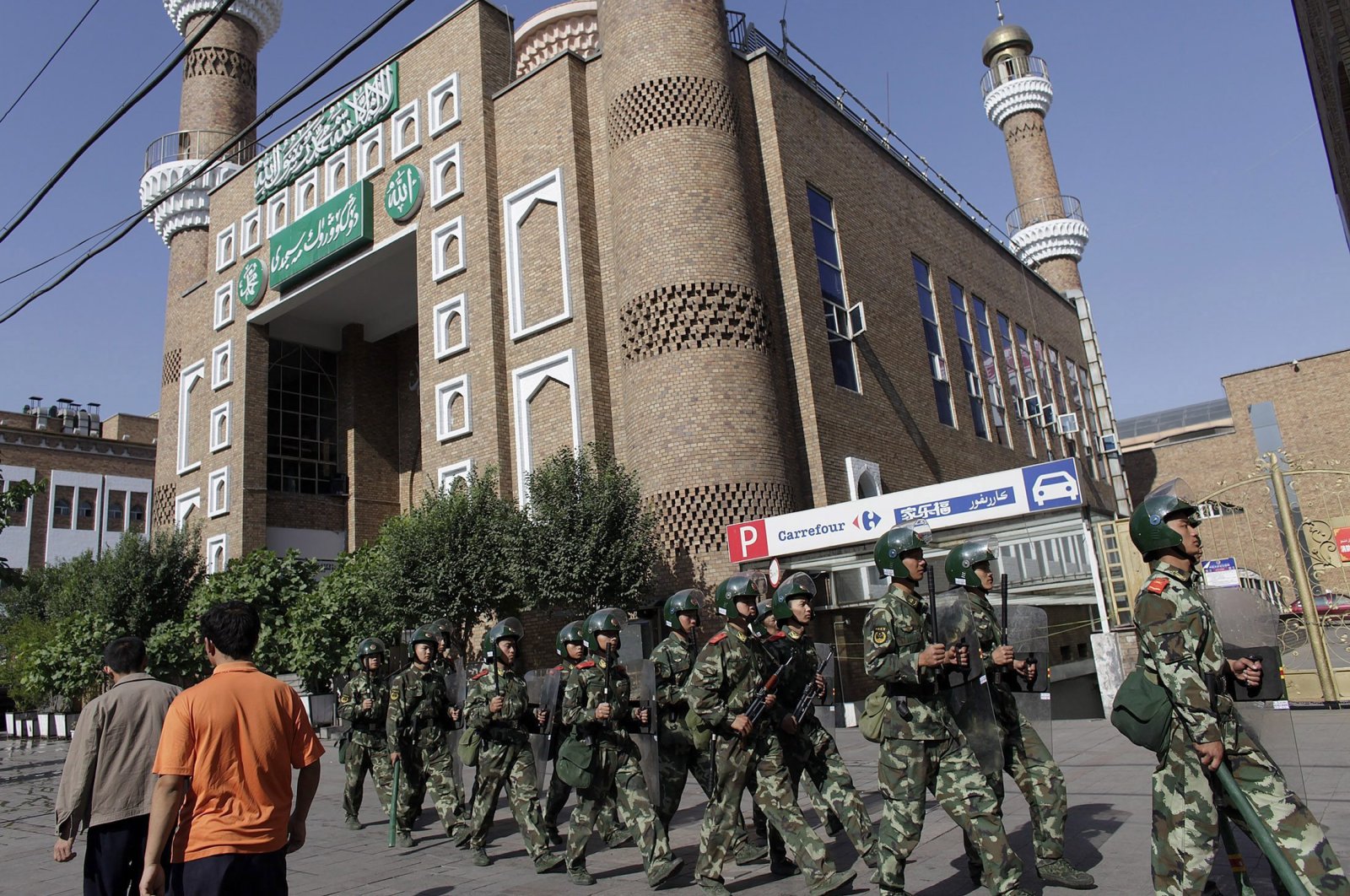 China said Friday it would impose tit-for-tat measures after the United States slapped sanctions on Chinese officials for their involvement in a crackdown on the country's Uighur minority, raising tensions between the superpowers.

Beijing described the new U.S. sanctions as "deeply detrimental" to mutual relations, already strained by differences over China's handling of the coronavirus outbreak and its tightening grip on Hong Kong.

Washington imposed sanctions on the autonomous region of Xinjiang's Communist Party Secretary Chen Quanguo, a member of China's powerful Politburo, as well as three other officials.

A senior U.S. administration official described Chen as the highest-ranking Chinese official that the United States had sanctioned.

The decision is "no joke," the U.S. official said. "Not only in terms of symbolic and reputational effect, but it does have real meaning on a person's ability to move around the world and conduct business."

"In light of these wrong actions, China will impose reciprocal measures on U.S. officials and organizations that have displayed egregious behavior on human rights in relation to Xinjiang affairs," Zhao said.

"We urge the U.S. to correct this wrong decision. If the U.S. continues to proceed, China will take firm countermeasures."

Washington's sanctions were imposed under the Global Magnitsky Act, which allows the U.S. government to target human rights violators worldwide by freezing any U.S. assets, banning U.S. travel and prohibiting Americans from doing business with them.

U.S. Secretary of State Mike Pompeo said Washington was also barring Chen, Zhu, Wang and their immediate families, as well as other unnamed Chinese Communist Party officials, from traveling to the United States.

Witnesses and human rights groups say that China has rounded up more than 1 million Uighurs and other Turkic Muslims in Xinjiang in a vast brainwashing campaign aimed at forcibly homogenizing minorities into the country's Han majority.

Pompeo in a conference call with reporters Thursday called the situation "the stain of the century" and has previously drawn parallels with the Holocaust.

The Uighur Human Rights Project, an advocacy group, hailed the sanctions and urged other countries to follow suit.

"At last, real consequences have begun. This comes at the 11th hour for Uighurs," said the U.S.-based group's executive director, Omer Kanat.

The World Uyghur Congress, the main exile group, also welcomed the move and urged the European Union and other countries to follow suit.

U.S. Republican Sen. Marco Rubio, who sponsored legislation signed by President Donald Trump in June that calls for sanctions over the repression of Uighurs, told Reuters the move was "long overdue" and that more steps were needed.

The Associated Press reported last month that China was trying to slash birth rates amongst Uighurs with forced birth control. China denounced the report as fabricated.

Trump said in an interview last month he had held off on tougher sanctions on China over Uighur human rights because of concerns that such measures would have interfered in trade negotiations with Beijing.

Treasury Secretary Steven Mnuchin had also raised objections to the Treasury sanctions, especially against a Politburo member, out of concerns they could further damage U.S.-China relations, according to a person familiar with the matter.

"The United States is committed to using the full breadth of its financial powers to hold human rights abusers accountable in Xinjiang and across the world," Mnuchin said in a statement.

Peter Harrell, a former U.S. official and sanctions expert at the Center for a New American Security, said Thursday's move may signal a continued shift of "paying more attention to human rights abuses in China ... after several years of relative neglect."

Chen is widely considered the senior official responsible for the security crackdown in Xinjiang. United Nations experts and activists estimate more than a million Muslims have been detained in camps in the Xinjiang region.