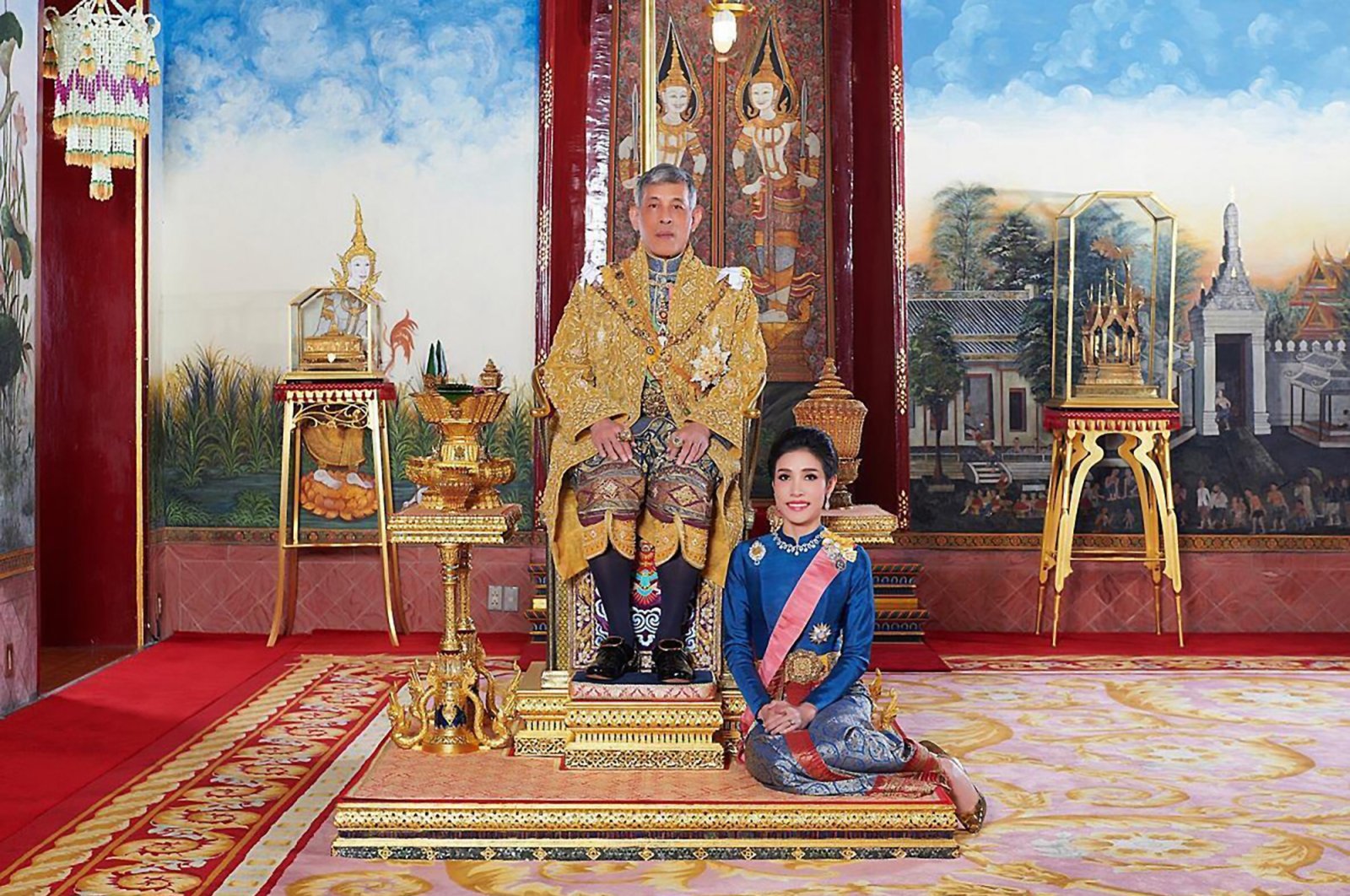 Thailand’s king has reconciled with his royal consort, whom he stripped of her titles last year after accusing her of seeking to undermine his official wife, the country’s queen.

The restoration of Sineenatra Wongvajirabhakdi to the good graces of King Maha Vajiralongkorn was confirmed by an official announcement published Wednesday in the Royal Gazette. The announcement, dated Aug. 29, said she was being given back her royal and military titles.

It said Sineenatra was not tainted by any wrongdoing, and the record should not show that she ever lost her privileges.

According to the Daily Mail, Vajiralongkorn, 68, had flown his consort to Germany to join his Alpine harem as the Thai king spent much of the coronavirus pandemic in Germany with a reputed entourage of "sex soldiers" assembled as a military unit at a four-star hotel.

Bloggers who follow royal news had reported last week that Sineenatra had been rehabilitated. She had not been seen publicly after her fall from grace last year and her whereabouts were never made clear.

In July last year, Vajiralongkorn gave Sineenatra the royal consort title of Chao Khun Phra Sineenatra Bilasakalayani, reviving an old palace tradition of taking a junior wife that had not been practiced for almost a century.

In May last year, Vajiralongkorn named longtime companion Suthida Vajiralongkorn Na Ayudhya his queen when they were married a few days before his formal coronation. Vajiralongkorn assumed the throne after the 2016 death of his father, King Bhumibol Adulyadej, who reigned for 70 years.

Then last October, less than three months after making Sineenatra his royal consort, the king issued a command rescinding the appointment. In a statement, he accused her of misbehaving by actively seeking to block Suthida’s appointment as queen in order to take the position herself, and saying that when she failed to block Suthida, her "ambitions and aspirations” led her to continue to seek ways to promote herself.

That statement said the king tried to alleviate the problem by appointing Sineenatra his official royal consort but that she remained unsatisfied and continued to compete with Queen Suthida.

Both Queen Suthida, 42, and Sineenatra, 35, have served as senior officers in palace security units. Suthida was previously a flight attendant with Thai Airways, while Sineenatra was an army nurse. The 68-year-old king has seven children by three previous marriages, all of which ended in divorce.

Sineenatra’s fall had been particularly stunning because only two months earlier, a palace website released scores of photos of her and the king, some in formal settings and others in markedly casual poses, such as taking part in flying, shooting and skydiving. Others showed her and the king holding hands, unusually intimate photos for members of the royal family.