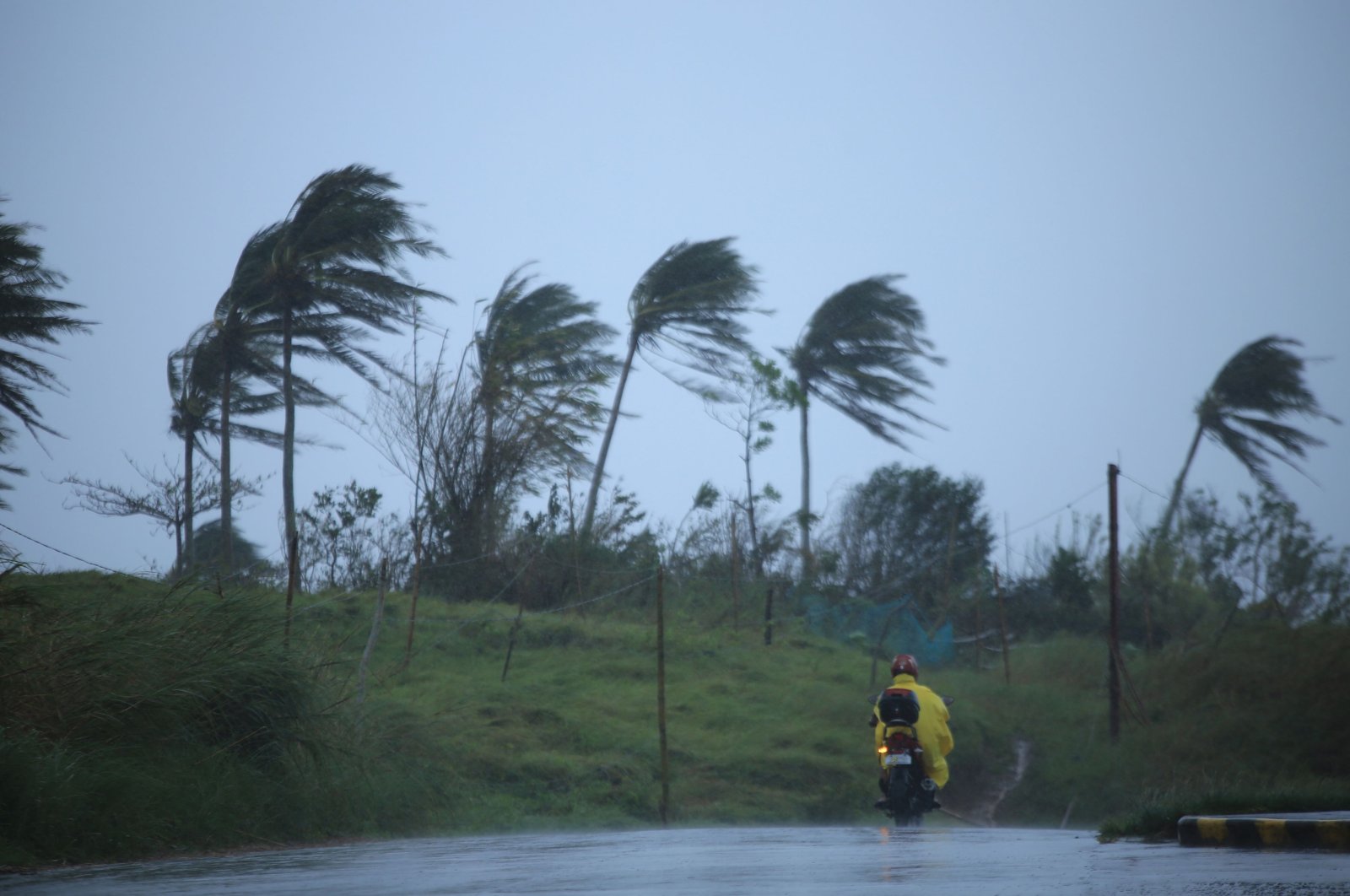 A motorist passes along a street amidst strong winds in Legazpi City, Albay province on November 11, 2020, ahead of the landfall of Tropical Storm Vamco -- expected to intensify into a typhoon -- in the region devastated by two typhoons in less than three weeks. (AFP Photo)
by REUTERS
Nov 11, 2020 8:45 am

Philippine authorities have ordered thousands of residents in eastern coastal communities to evacuate ahead of the landfall of Typhoon Vamco on Wednesday, only weeks after the country was battered by the strongest cyclone so far this year.

Vamco, which carries sustained winds of 125 kph (78 mph) and gusts of up to 155 kph, is the 21st tropical storm to hit the Philippines this year.

"We are just 1% into our recovery and then here comes another typhoon. We're now feeling strong wind and rain," Joseph Cua, the governor of Catanduanes province, told DZMM radio.

The island province of Catanduanes and nearby Albay, both southeast of the capital Manila, bore the brunt of Typhoon Goni in late October, a category 5 typhoon that killed 25 people and left six people missing.

Vamco is due to make landfall in Polilio Island on Wednesday evening and hit rice-producing provinces north of the capital before exiting the Philippines' main island of Luzon on Thursday, Chris Perez, a state weather forecaster, told DZMM.

Residents in coastal communities, who are expecting up to a three-metre (nine foot) storm surge, were ordered to leave their homes, said Cristina Bosque, mayor of Polilio. But ensuring the prevention of the spread of COVID-19 in evacuation centres remained a challenge, she said.

The Philippines, an archipelago of more than 7,600 islands, sees around 20 tropical storms annually.

After lashing the Philippines, Vamco is forecast to head towards Vietnam. Vietnam's weather agency is expecting Vamco to arrive in its central region on Sunday, bringing intense rains.

Floods and mudslides over the past month have killed at least 160 people in central Vietnam, left dozens missing and damaged 390,000 houses, official data showed.