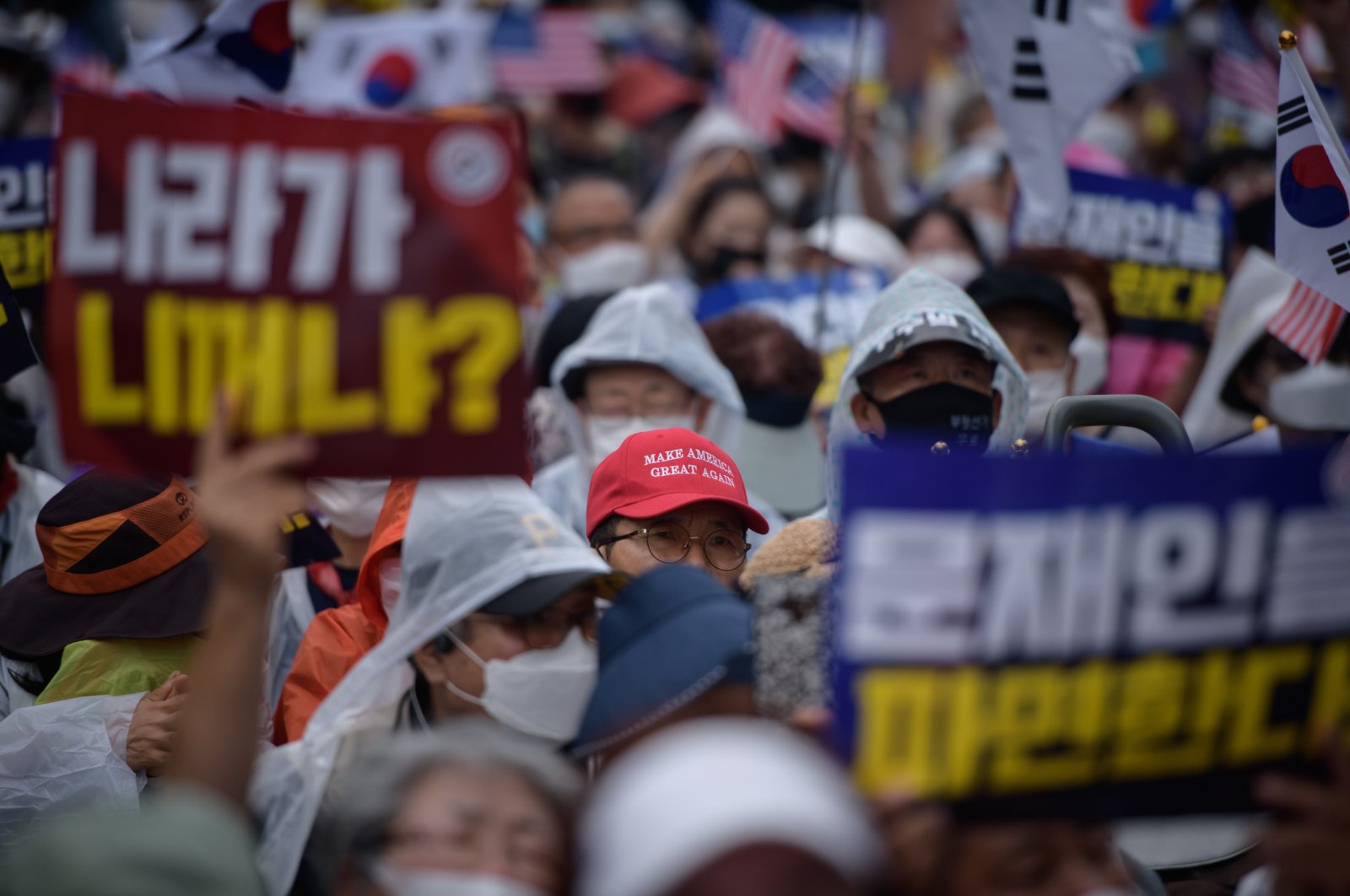 Thousands of anti-government protesters, armed with umbrellas and raincoats, marched through the soggy streets of South Korea’s capital Saturday, ignoring official pleas to stay home amid a surge in coronavirus infections.

Municipal officials in Seoul had sought to forbid the slew of rallies planned by conservative activist and Christian groups for a holiday celebrating the 75th anniversary of the nation’s liberation from Japanese colonial rule at the end of World War II.

But a court allowed some of them to go on, citing civil liberties after protesters challenged the city’s administrative order banning the gatherings.

The demonstrators, many of them wearing masks and carrying the South Korean flag, paraded through rain near Seoul’s presidential palace, calling for liberal President Moon Jae-in to step down over what they see as policy failures, kowtowing to nuclear-armed North Korea and electoral corruption.

Some South Korean conservatives insist that the April parliamentary elections convincingly won by Moon’s party were rigged, although most experts see such claims as false conspiracy theories.

Some protesters scuffled with police officers who closely followed the marchers, but there were no immediate reports of major clashes or injuries.

Some of the marchers reportedly came from a church in northern Seoul that was shut down after it was linked to dozens of infections. Health officials are planning to isolate and test some 4,000 members of the church, led by ultra-conservative pastor Jun Kwang-hun, a vocal critic of Moon who frequently led anti-government rallies over the past year.

The demonstrations took place as the government announced stronger social distancing restrictions for the greater capital area following a spike in COVID-19 infections.

The two-week measures starting Sunday will allow authorities in Seoul and towns in neighboring Gyeonggi Province to shut down high-risk facilities such as nightclubs, karaoke rooms, movie theaters and buffet restaurants if they fail to properly enforce preventive measures, including distancing, temperatures checks, keeping customer lists and requiring masks.

Fans will once again be banned from professional baseball and soccer, just a few weeks after health authorities allowed teams to let in spectators for a portion of their seats in each game.