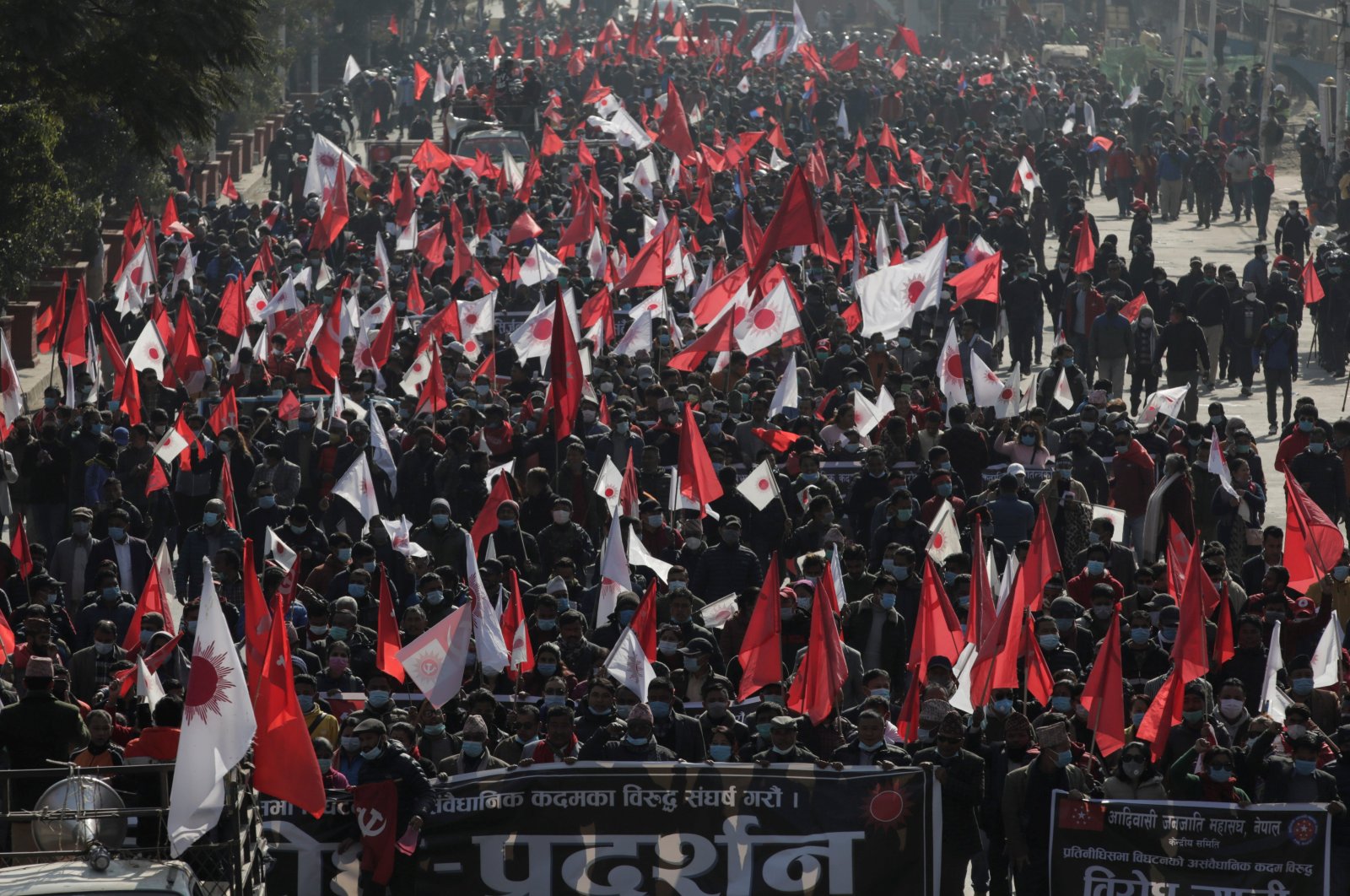 Protesters affiliated with a faction of the ruling Nepal Communist Party take part in a rally against the dissolution of parliament, in Kathmandu, Nepal, Dec. 29, 2020. (Reuters Photo)
by ASSOCIATED PRESS Dec 29, 2020 4:10 pm
RECOMMENDED

Tens of thousands of supporters of a splinter group in the governing Nepal Communist Party rallied in the capital on Tuesday demanding the prime minister's ouster and the reinstatement of the parliament he dissolved amid an escalating party feud.

The protesters chanted slogans against Prime Minister Khadga Prasad Oli while they marched peacefully in the center of Kathmandu as thousands of riot police kept a close watch.

Participants said they will hold larger protests if parliament isn't reinstated. Several petitions have also been filed in the Supreme Court against the prime minister’s action.

"We are protesting the unconstitutional move by the prime minister, and we will continue to protest until parliament is reinstated,” said Laxman Lamsal, a regional assembly member.

President Bidya Devi Bhandari dissolved parliament on Dec. 20 on the recommendation of the prime minister and announced new elections will be held on April 30 and May 10, 2021. Oli became prime minister after his Nepal Communist Party won elections three years ago. Oli’s party and the party of former Maoist rebels had merged to form a unified Communist party.

Tensions, however, have grown between Oli and the leader of the former rebels, Pushpa Kamal Dahal, who is also co-chair of the party. The two had previously agreed that they would split the five-year prime minister’s term between them, but Oli has refused to allow Dahal to take over.

The opposition has also accused Oli’s government of corruption, and his administration has faced criticism over its handling of the coronavirus outbreak. Oli also has been accused of moving closer to China and drifting away from Nepal’s traditional partner, India, since taking power.