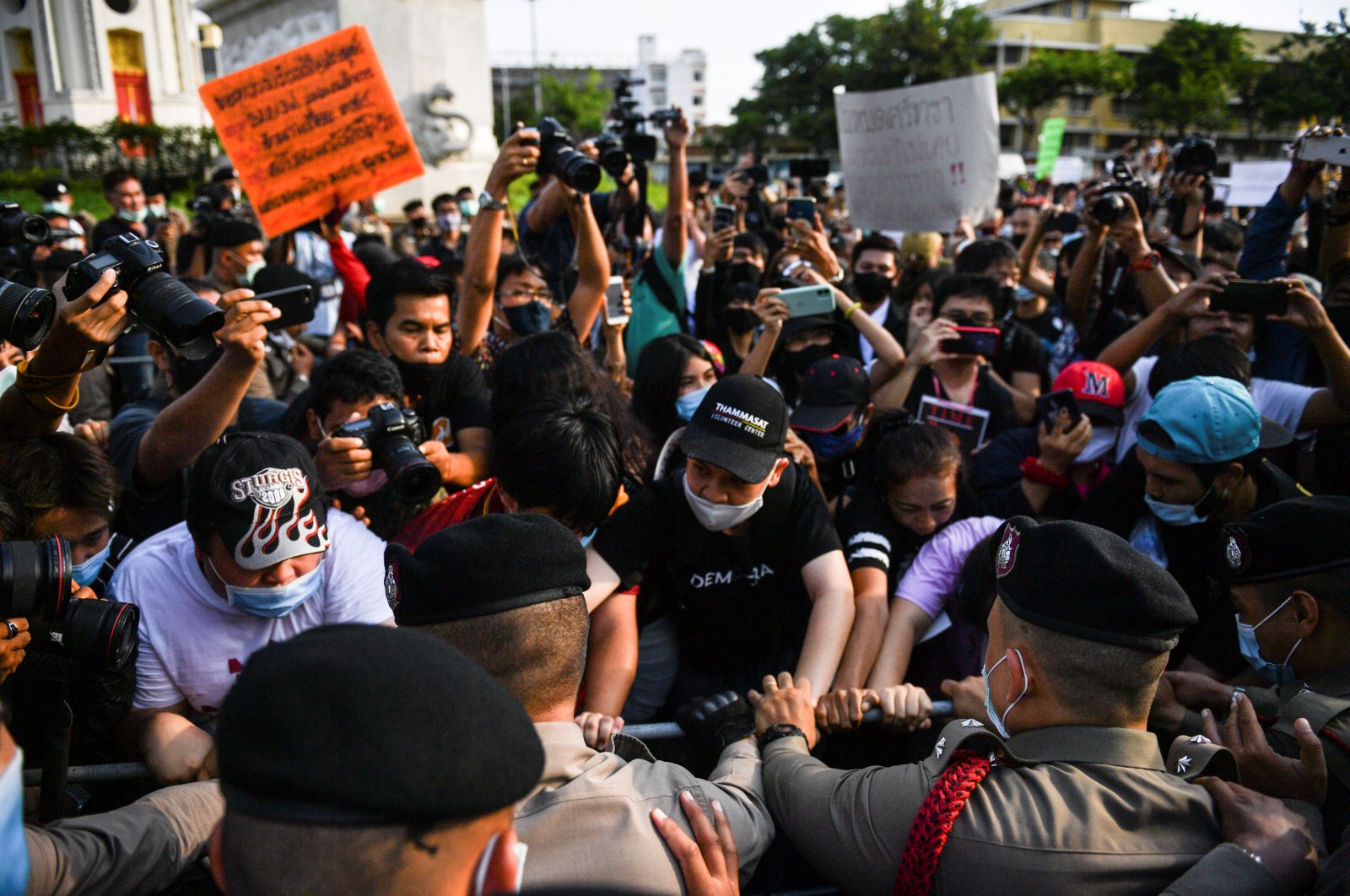 Protesters push a police barrier during a protest demanding the resignation of the government, defying the coronavirus restrictions on large gatherings in one of the largest demonstrations since a 2014 army coup in Bangkok, Thailand July 18, 2020. (Reuters Photo)
by Reuters Jul 18, 2020 6:59 pm
RECOMMENDED

Several thousands of Thais protested on Saturday evening, demanding the resignation of the government and the dissolution of parliament, defying a coronavirus ban on big gatherings in one of the largest street demonstrations since a 2014 military coup.

Those at the student-led rally near Bangkok's Democracy Monument cited a litany of complaints against the year-old government of Prime Minister Prayuth Chan-ocha, the former army chief who ousted an elected government six years ago.

The organizers issued three demands: the dissolution of parliament, an end to harassment of government critics, and amendments to the military-written constitution that critics say virtually guaranteed victory for Prayuth's party in elections last year.

"How can we be OK with the lack of democracy like this?" student activist Tattep Ruangprapaikit told the crowds.

Police were on standby but did not move to stop the protest. The monument was cordoned off with signs reading: "No entry without permission. Maintenance in progress."

Public opposition to Prayuth's rule has been growing in recent months.

Thailand is officially a constitutional monarchy, but insulting the king is punishable by up to 15 years in prison and many conservatives view the monarchy as sacrosanct.

Some signs at Saturday's protest made reference to the monarchy, including one banner reading "The People’s Party isn’t Dead" – a reference to the political party whose revolution ended absolute royal rule in 1932.