Thousands without heating, electricity in Russia after unprecedented ice storm 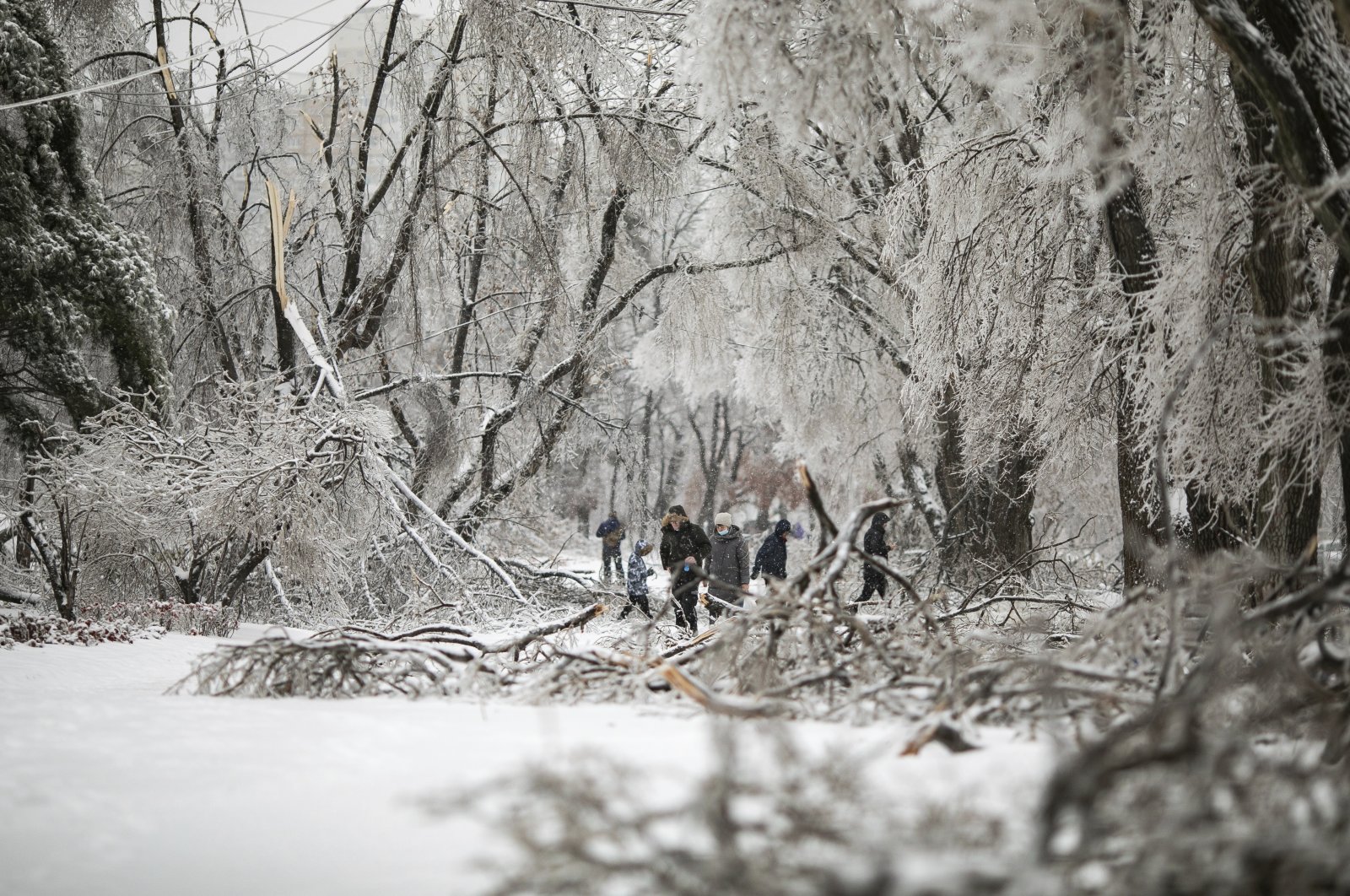 Around 10 days after an ice storm in the far southeast of Russia, thousands of people are still without electricity.

The situation is particularly tense on Russky Island near the city of Vladivostok on the Pacific.

The authorities are working flat out to repair the power lines, they said Saturday. The residents of many villages there should be able to switch the lights on again this weekend, they said.

The minister responsible for the Far East, Alexei Chekunkov, had previously spoken of a total of around 4,000 people in the Primorye region who had been sitting in the dark for days. At the peak, 180,000 residents were without electricity.

In addition, thousands of people in the region were at times without heating. In Vladivostok, the outside temperature was minus 4 degrees Celsius (24.8 degrees Fahrenheit) on Saturday.

Frozen rain had fallen in the region last week. There was a thick layer of ice on trees and cars. Many power lines collapsed under the load.

Many residents of the affected areas are still receiving water and hot meals.

An important bridge to Russky Island is still closed because chunks of ice could fall on cars and injure people.

In Vladivostok, thousands of people volunteered to clean up on Saturday, clearing paths of ice, for example.

The region was hit by freezing rain on Nov. 18, and thousands of its residents woke up in dark, cold apartments the next day. Thick layers of ice covered trees, cars, roads and power lines, many of which broke under the weight.

The region hasn't seen weather like this in 30 years, Primorye Gov. Oleg Kozhemyako said on his Instagram page. The ice storm continued for several days.

The authorities have been working on restoring power supplies in the region for a week. Shelters and hot meals for those affected were organized. The government allocated 700 million rubles ($9 million) of assistance to the region, where a state of emergency was declared last week.

Commenting on the situation, Kremlin spokesperson Dmitry Peskov said Monday that the ice storm was rather severe and “inflicted colossal damage onto the urban infrastructure" and pointed out that, while the authorities were taking all necessary measures to deal with the situation, the consequences from the force of nature couldn't be eliminated quickly.