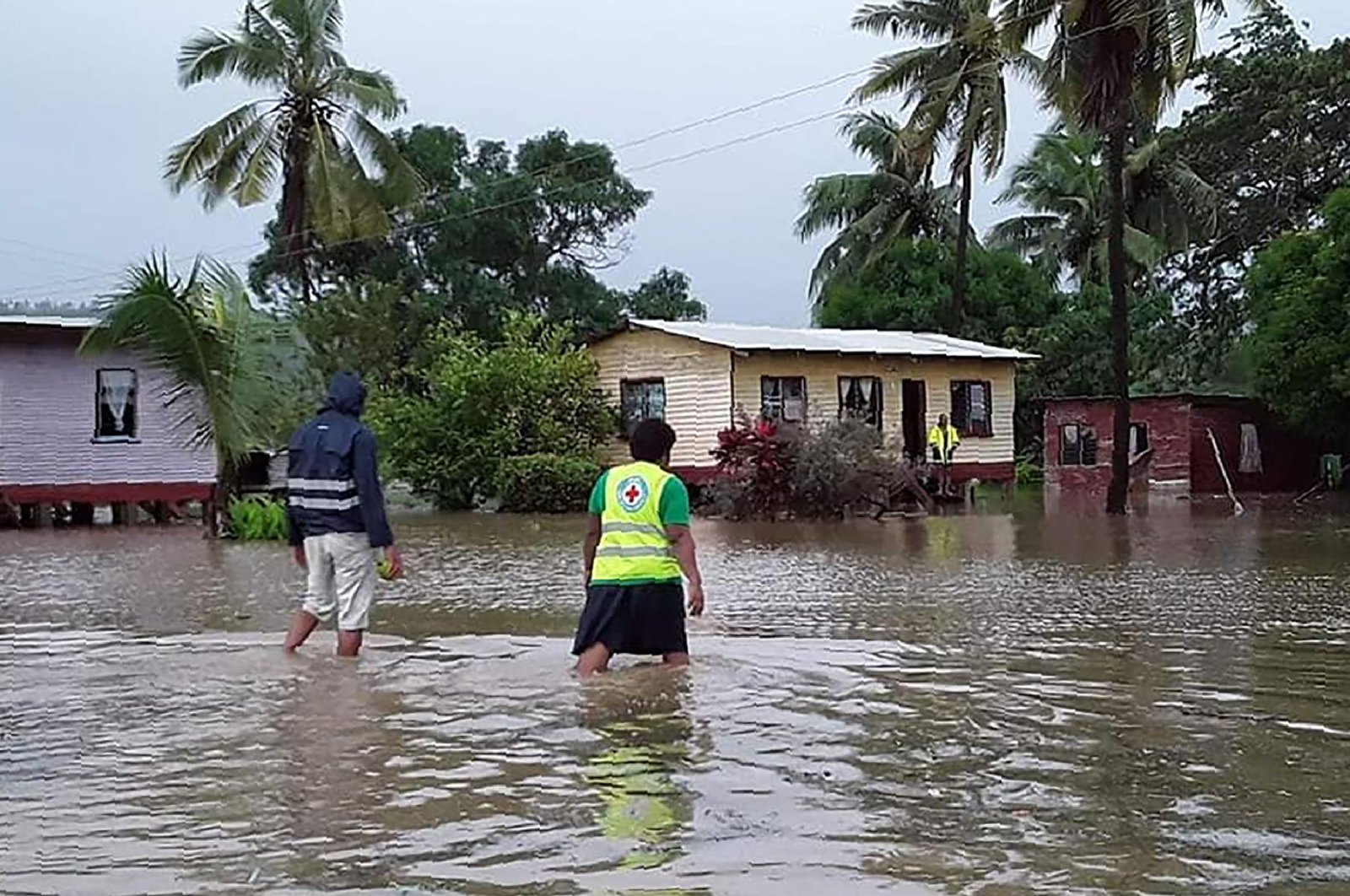 A deadly Pacific storm slammed into Fiji on Wednesday, tearing off roofs and flooding towns, after leaving a trail of destruction in the Solomon Islands and Vanuatu.

Tropical Cyclone Harold weakened slightly overnight from a scale-topping Category 5 to a Category 4 but was still lashing Fiji with winds of up to 240 kilometers per hour (150 miles per hour), forecasters said.

Despite the downgrade, it said Harold remained "extremely dangerous" as it barrels eastward, threatening further damage in Tonga early Thursday.

Images on social media showed extensive damage at Nausori, just outside the Fijian capital Suva, with corrugated iron roofs peeled back by the ferocious winds.

The main street of Ba, in the island's north, was submerged after the local river burst its banks.

"Emergency authorities are the only personnel allowed to travel, all Fijians should stay indoors," Prime Minister Frank Bainimarama said.

"There are a number of reports of winds whipping up flying debris in the Suva area. It can be deadly. Keep yourself indoors and out of harm's way."

The National Disaster Management Office said residents along much of the south coast, home to many of the country's major tourist resorts, should evacuate.

NDMO director Vasiti Soko said 85 evacuation centers had been set up and officials were attempting to maintain social distancing to ensure COVID-19 did not spread among those fleeing the cyclone.

Fiji has 15 cases of the coronavirus, with all known sufferers in quarantine before the cyclone hit.

Harold claimed 27 lives in the Solomon Islands last week, and on Tuesday ripped through Vanuatu, destroying much of the country's second-largest town Luganville.

"We've done some programming there in the past, so I can recognize the landmarks – you can see that 90% of all buildings are obliterated, is the term I'd use," she told AFP.

A massive international aid effort was launched after the last Category 5 storm to hit Vanuatu, Cyclone Pam in 2015, flattened the capital Port Vila.

But Vanuatu's international borders are currently closed as the impoverished Pacific nation bids to remain one of the world's few places with no confirmed COVID-19 cases.

The government has revoked a domestic travel ban imposed as part of its virus response, which will allow disaster relief to flow from Port Vila to the worst-hit islands in the north.

"We are aware that the government of Vanuatu is running a 'keep it out' strategy, and we will give serious consideration to ensure that any response to the cyclone does not lead to the spread of COVID-19 to Vanuatu," he said.

The cyclone formed off the Solomons last week, where it washed dozens of passengers from an inter-island ferry into the sea.

It was initially expected to only reach Category 3.

Latest forecasts say it will brush past Tonga early Thursday, still at Category Four strength, before petering out over the sea by the weekend.

Its arrival coincides with a high tide and flood warnings were in place for much of the kingdom.