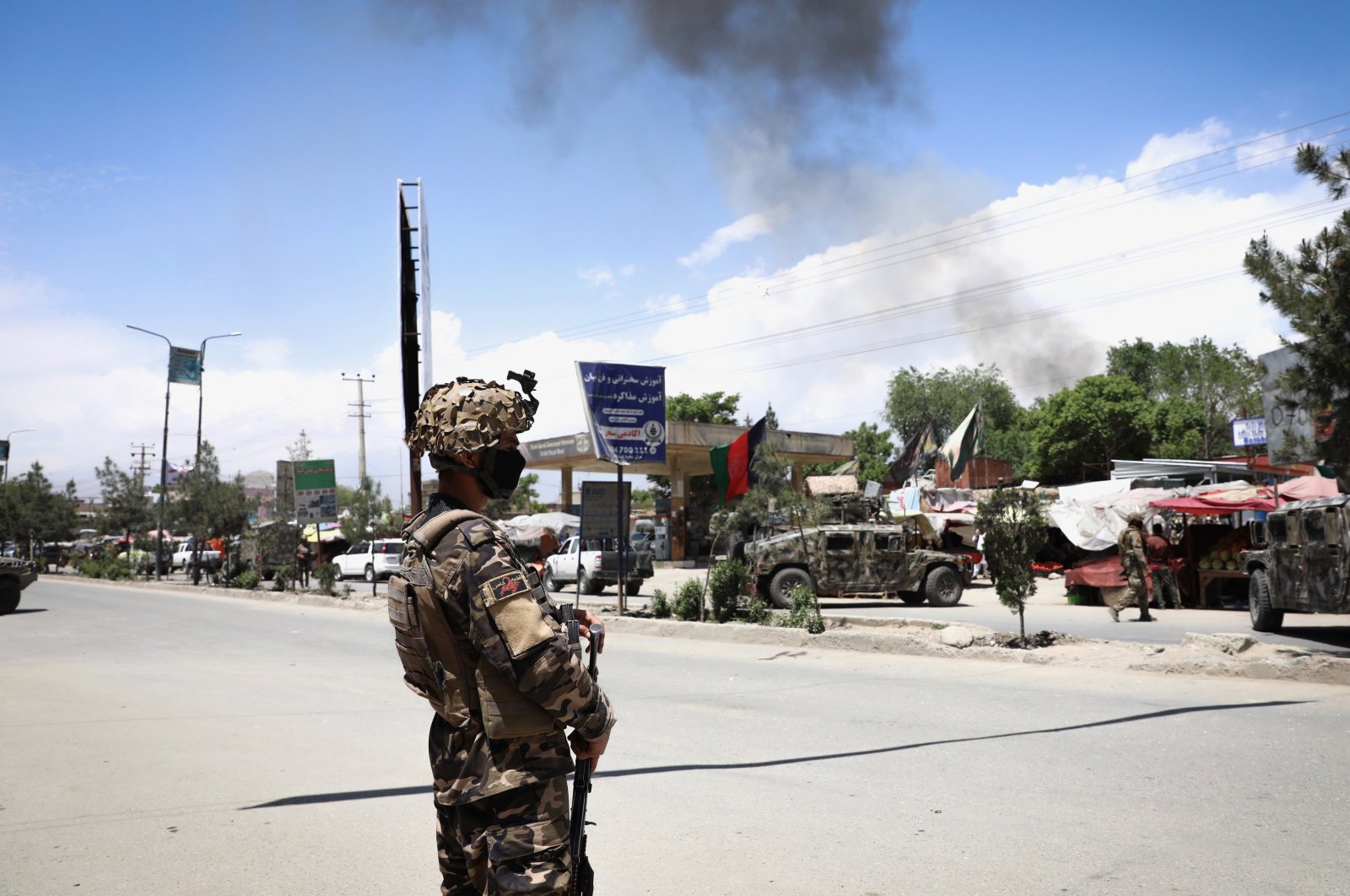 An Afghan soldier stands guard near the scene of an attack at an MSF (Doctors without Borders) clinic in Kabul, Afghanistan, May 12, 2020. (EPA Photo)
by REUTERS May 14, 2020 9:30 am
RECOMMENDED

A truck packed with explosives blew up near a court in the eastern Afghan city of Gardez on Thursday, killing at least five people, two days after gunmen attacked a maternity ward in the capital Kabul, killing women and newborn babies.

"A car bomb explosion took place near a military court in Gardez city, which is a populated area. Dozens of civilians are feared to be dead and wounded," said Tariq Arian, an interior ministry spokesman.

Emal Khan Momand, a military spokesman in Paktia province where Gardez is located, said the attack was carried out by a truck packed with explosives. Five people were killed and 14 were wounded, he said.

There was no immediate claim of responsibility for the blast. Arian blamed the militant Haqqani network, which has ties to Taliban rebels and the Pakistan-based Lashkar-e-Taiba militant group. These groups rarely publicly claim responsibility for attacks.

The blast comes after a violent week in which gunmen attacked a maternity hospital in Kabul, killing 24 people, including new mothers and newborn babies, on Tuesday. A suicide blast claimed by the Islamic State at a funeral in eastern Nangahar on the same day killed 32.

President Ashraf Ghani condemned the attacks and said he had ordered the military to switch to offensive mode rather than the defensive stance it had adopted as the United States withdraws troops and tries to broker talks with the Taliban.

The Taliban has denied any involvement in the attacks, but the government has accused the group of fostering an environment in which terrorism thrives or working with other militant groups who could have been involved, straining efforts by the U.S. to bring the insurgents and the Afghan government together.