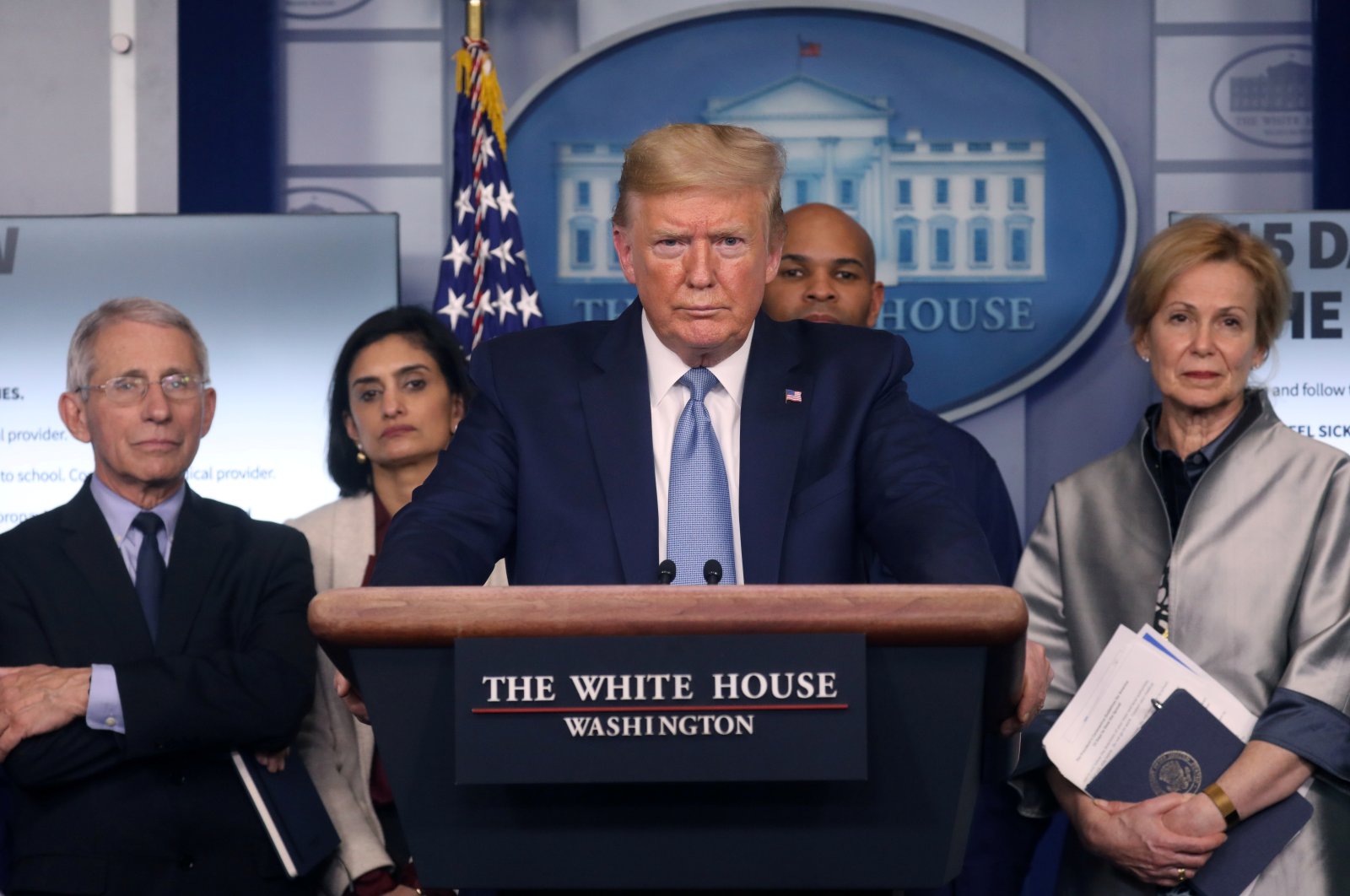 "A spat between the U.S. and China over the novel coronavirus escalated Tuesday as President Donald Trump angered Beijing by referring to the pathogen as the "Chinese Virus."

The two countries have sparred over the origin of the virus for days, with a Chinese official promoting conspiracy theories claiming it was brought to China by the U.S. military and American officials using terms seen as stigmatizing a nation.

"The United States will be powerfully supporting those industries, like Airlines and others, that are particularly affected by the Chinese Virus," Trump tweeted Monday night.

He doubled down on the comment on Tuesday morning while tweeting about how U.S. states were being affected, saying: "Some are being hit hard by the Chinese Virus, some are being hit practically not at all."

Trump's allies had previously referred to the pandemic as the "Chinese coronavirus," but Beijing said Tuesday it was "strongly indignant" over the phrase, which it called "a kind of stigmatization."

A commentary by the official Xinhua news agency said using "racist and xenophobic names to cast blame for the outbreak on other countries can only reveal politicians' irresponsibility and incompetence which will intensify virus fears."

The war of words reignited diplomatic tensions between the two countries, which have tussled over trade and other disputes since Trump took office.

The World Health Organization (WHO) said more cases and deaths had been reported in the rest of the world than in China. The new coronavirus virus was first detected late last year, with China's own health officials initially saying its source was a live animal market in the central city of Wuhan, whose government had initially tried to cover up the outbreak. But China has sought to distance itself from the virus, saying the origin is still unknown, while seeking global goodwill by offering aid to countries facing serious outbreaks.

U.S. Secretary of State Mike Pompeo, in a phone call he initiated with top Chinese official Yang Jiechi, voiced anger that Beijing has used official channels "to shift blame for COVID-19 to the U.S.," the State Department said. Pompeo "stressed that this is not the time to spread disinformation and outlandish rumors, but rather a time for all nations to come together to fight this common threat," the department added.

The State Department on Friday summoned the Chinese ambassador, Cui Tiankai, to denounce Beijing's promotion of a conspiracy theory that had gained wide attention on social media. Foreign ministry spokesman Zhao Lijian suggested on Twitter last week that "patient zero" in the global pandemic may have come from the U.S.

"It might be U.S. army who brought the epidemic to Wuhan. Be transparent! Make public your data! US owe us an explanation," tweeted Zhao, who is known for his provocative statements on social media.

Pompeo himself has sought to link China to the global pandemic, repeatedly referring to the "Wuhan virus" despite advice from health professionals that such geographic labels can be stigmatizing.

Yang issued a "stern warning to the United States that any scheme to smear China will be doomed to fail", Xinhua said in its summary of the call with Pompeo.

The key Chinese foreign policy leader "noted that some US politicians have frequently slandered China and its anti-epidemic efforts and stigmatized the country, which has enraged the Chinese people," Xinhua said.