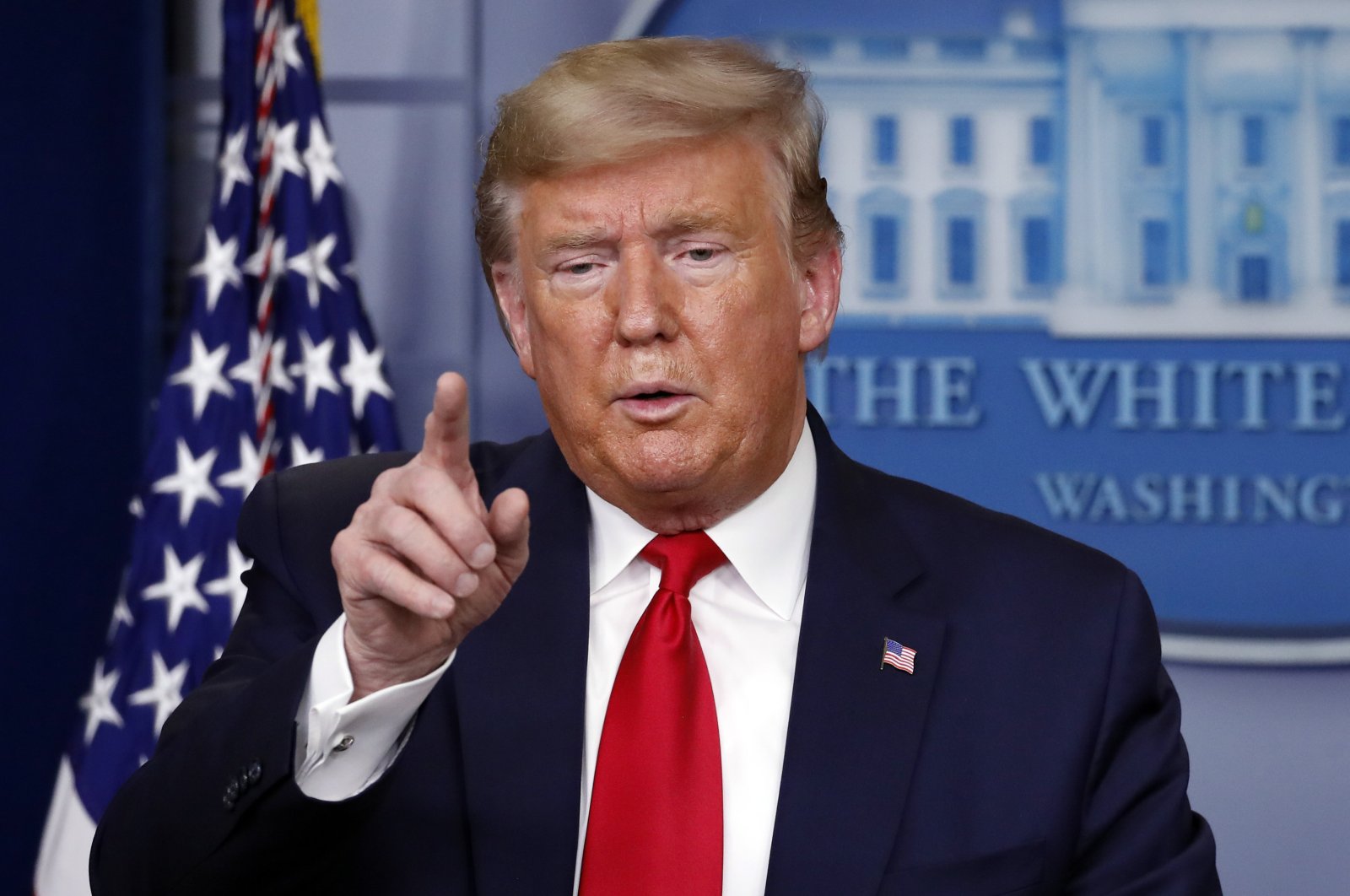 Twitter labeled two of Donald Trump's tweets "unsubstantiated" and accused him of making false claims Tuesday, a first for the social network, which has long resisted calls to censure the U.S. president over truth-defying posts.

The move drew a furious response from Trump, who used the platform to accuse Twitter of "interfering in the 2020 Presidential Election."

"Twitter is completely stifling FREE SPEECH, and I, as President, will not allow it to happen!" he tweeted.

The social media giant targeted two tweets the president posted Tuesday in which he contended without evidence that mail-in voting would lead to fraud and a "Rigged Election."

Under the tweets, Twitter posted a link that read "Get the facts about mail-in ballots" and that took users to a notice calling the claims "unsubstantiated," citing reporting by CNN, the Washington Post and other media.

"However, fact-checkers say there is no evidence that mail-in ballots are linked to voter fraud," it said.

Trump aimed the misleading tweets at California, contending falsely that anyone living in the state would be sent ballots when in fact they will only go to registered voters, according to the notice.

The president has long used Twitter as a platform to spread abuse, conspiracy theories, false information and insults to his 80 million followers.

For years before being elected in 2016, he built his political brand by supporting the "birther" lie that Barack Obama, America's first black president, was not born in the United States and therefore was not eligible to be president.

And on Tuesday he ignited a storm with an attempted character assassination of MSNBC host Joe Scarborough by spreading the baseless rumor he murdered an aide.

Twitter, perhaps fearing a clash with one of its most influential users, had previously held out against calls to act.

"In serving the public conversation, our goal is to make it easy to find credible information on Twitter and to limit the spread of potentially harmful and misleading content," head of site integrity Yoel Roth and global public policy director Nick Pickles said when the change was announced.

Twitter's decision comes as Trump, already facing U.S. economic calamity and 100,000 deaths from the coronavirus as well as sinking reelection polls, received a storm of backlash over his pushing of the Scarborough conspiracy theory.

The entirely evidence-free story claims that Scarborough killed a woman he was having an affair with in 2001, when he was a Republican congressman and she was one of his staffers.

Trump pushed the story over the weekend. On Tuesday, he was at it again, tweeting: "The opening of a Cold Case against Psycho Joe Scarborough."

"So many unanswered & obvious questions, but I won't bring them up now! Law enforcement eventually will?" he wrote.

The deceased woman, Lori Klausutis, was found by investigators to have died after hitting her head during a fall in Scarborough's office, triggered by an abnormal heart rhythm.

Scarborough went on to become a prominent media personality, strongly critical of Trump, and is co-host of the Morning Joe show on MSNBC with his wife Mika Brzezinski, whom Trump calls "low I.Q. Crazy Mika."

"I'm asking you to intervene in this instance because the President of the United States has taken something that does not belong to him -- the memory of my dead wife and perverted it for perceived political gain," he wrote in a letter published by The New York Times.

When asked about the letter, Trump told reporters at the White House, "I'm sure ultimately they want to get to the bottom of it and it's a very serious situation." He added, "As you know, there is no statute of limitations."

Democratic presidential candidate Joe Biden said during a CNN interview Tuesday that Twitter and other social media platforms should "say it's not true" when misleading statements are broadcast.

Asked about the fallout from the Scarborough tweets, a Twitter spokesman said "we are deeply sorry about the pain these statements, and the attention they are drawing, are causing the family."

"We've been working to expand existing product features and policies so we can more effectively address things like this going forward, and we hope to have those changes in place shortly," he said.