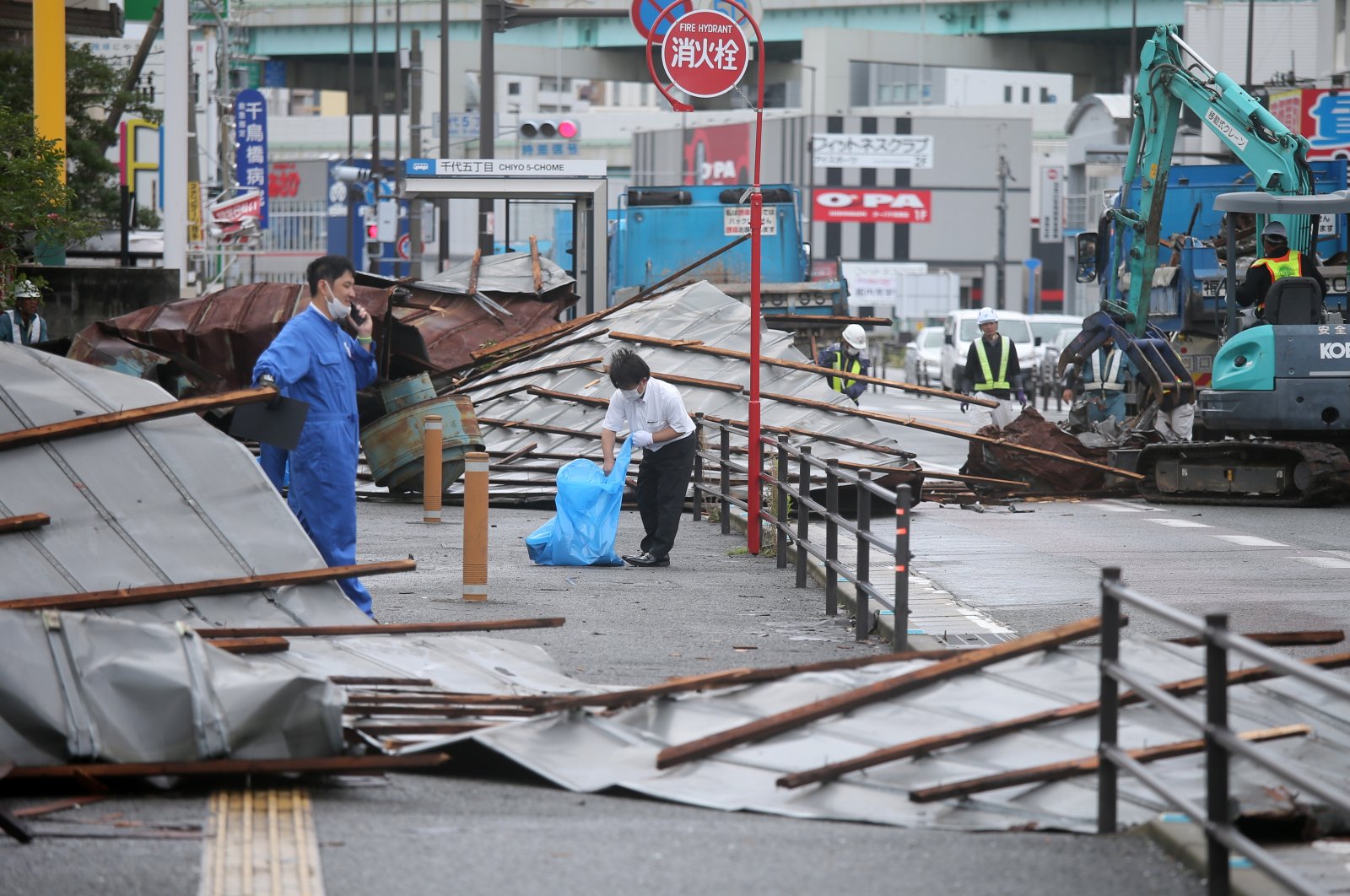 The third typhoon in as many weeks brought rain and wind to South Korea on Monday after it damaged buildings, caused blackouts in nearly half a million homes and injured 20 people on southern Japanese islands.

Traffic was still paralyzed in southern Japan after the typhoon passed. Bullet trains were suspended and most domestic flights in and out of regional airports were canceled Monday.

Haishen moved onshore in the southern South Korean city of Ulsan by midmorning. The Korea Meteorological Administration warned of "very heavy rain and very strong winds” from the typhoon packing maximum gusts of 126 kilometers (78 miles) per hour. The weather agency said the typhoon was weakening and will likely be downgraded to a tropical storm within 24 hours.

Haishen, which means "sea god” in Chinese, slammed Okinawa and other Japanese islands over the weekend with heavy rain, rough waves and high tides.

Japan's Fire and Disaster Management Agency said Monday that at least 20 people, including two seriously, were injured in several southern prefectures. As of Monday morning, about half a million homes were still out of power. NHK public TV said four people were missing in Miyazaki.

As the typhoon headed to South Korea on Monday, thousands of homes lost power and hundreds of flights were grounded Monday. More than 900 residents in the southern mainland regions were evacuated due to the possibility of landslides and other concerns.

Officials as of Monday morning completed restoring power to some 4,900 households in southern mainland areas and Busan that lost electricity overnight.

Typhoon Maysak last week injured dozens of people and damaged homes and other buildings in Japan and the Korean Peninsula.

A livestock cargo ship capsized and sank off Japan's coast as Maysak passed. Two of its 43 crew members were rescued and one body was recovered before the search was halted because of Haishen. The ship was transporting 5,800 cows from New Zealand to China.