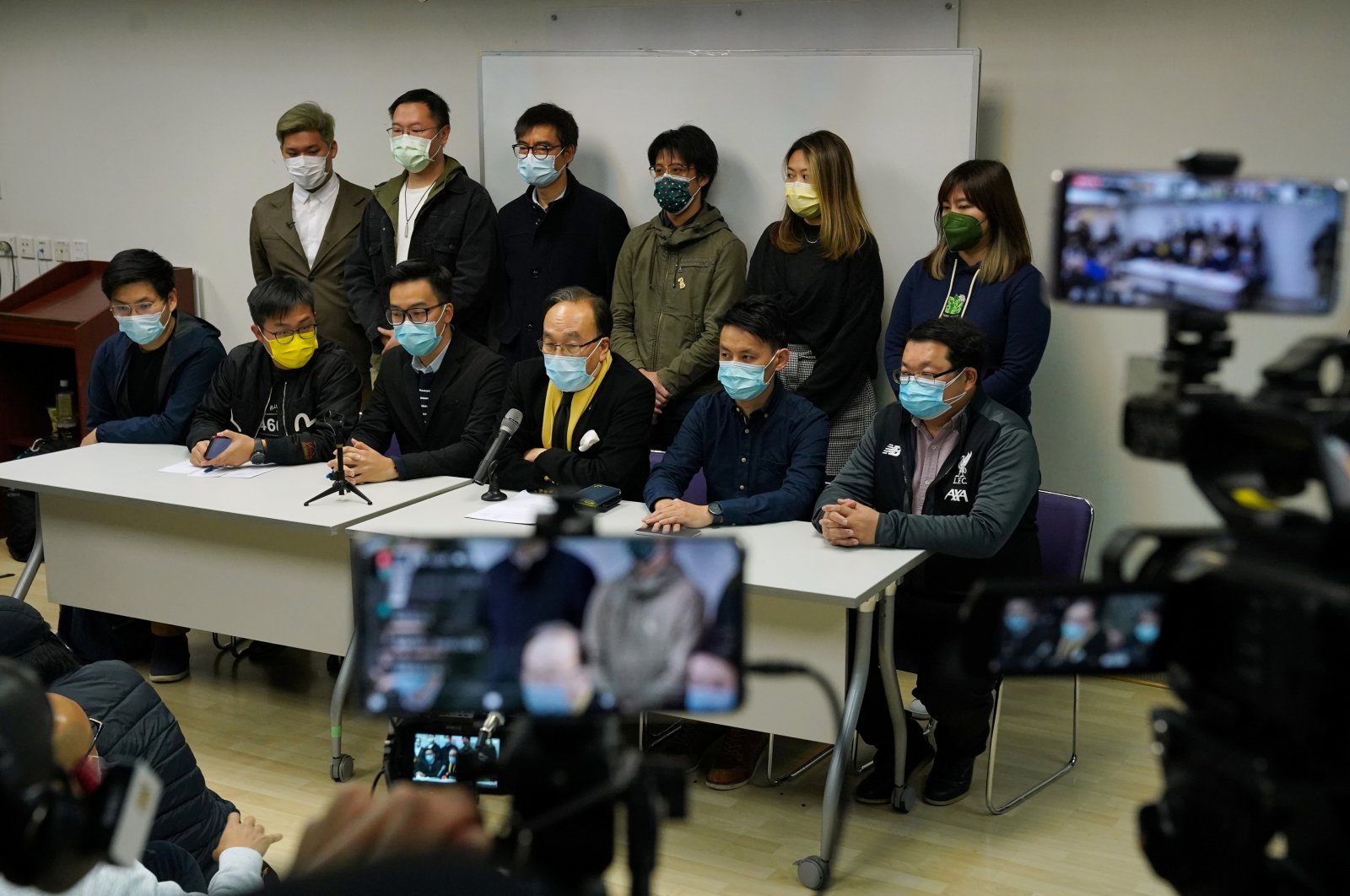 Party members of the pro-democracy camp attend a news conference after over 50 Hong Kong activists were arrested under the national security law in Hong Kong, China, on Jan. 6, 2021. (Reuters Photo)
by REUTERS Jan 06, 2021 5:39 pm
Edited By Eralp Yarar

Britain on Wednesday rebuked China for the mass arrest of politicians and activists in Hong Kong which it said was a grievous attack on the rights of the former colony.

"The mass arrest of politicians and activists in Hong Kong is a grievous attack on Hong Kong’s rights and freedoms as protected under the Joint Declaration," Foreign Secretary Dominic Raab said.

"These arrests demonstrate that the Hong Kong and Chinese authorities deliberately misled the world about the true purpose of the National Security Law, which is being used to crush dissent and opposing political views."

Earlier in the day, Hong Kong democracy activists called on the government to release "political prisoners," hours after authorities arrested 53 members of the opposition camp, in a move that sent a chill through the global financial center.

At a press briefing to address the mass arrests of pro-democracy activists in a dawn sweep, members of the democratic camp said the arrests were "shameful" and represented oppression on the right to vote.

Hong Kong authorities said on Wednesday the arrests were related to an unofficial vote to choose opposition candidates in city elections that was part of a plan to "overthrow" the government.