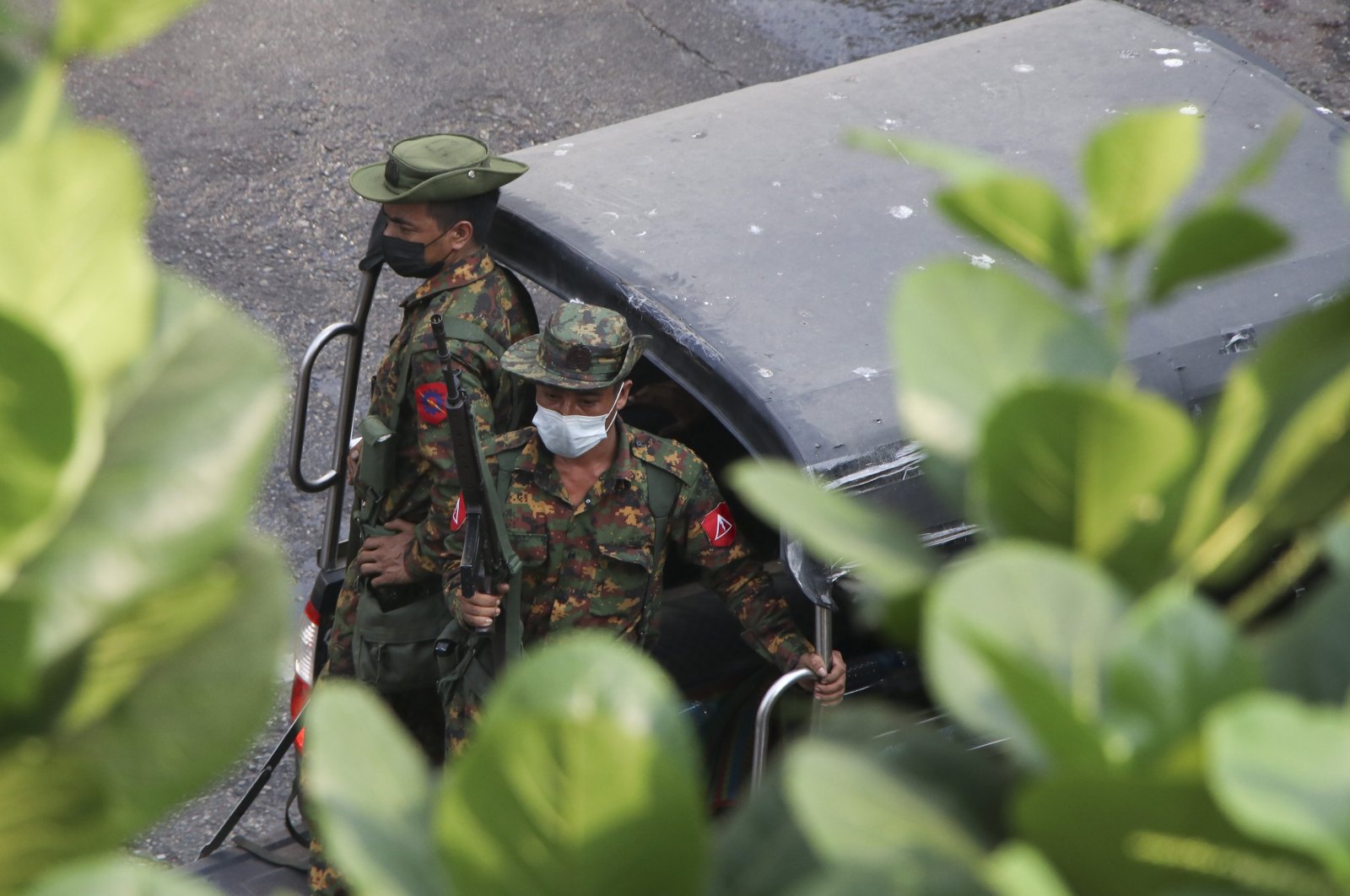 The United Nations General Assembly on Friday took a rare step, condemning the military coup in Myanmar and calling for the end of arms sales to the country.

Supporters had hoped the 193-member General Assembly would approve the resolution unanimously by consensus, but Belarus called for a vote. The measure was approved with 119 countries voting “yes,” Belarus voting “no” and 36 countries abstaining including Myanmar’s neighbors China and India, along with Russia.

The resolution was the result of lengthy negotiations by a so-called Core Group including the European Union and many Western nations and the 10-member Association of Southeast Asian Nations known as ASEAN, which includes Myanmar.

A U.N. diplomat said there was an agreement with ASEAN to seek consensus. But in the vote, its members were divided. Myanmar, whose U.N. ambassador supports the ousted democratic government, voted “yes” along with Indonesia, Singapore, Malaysia, Vietnam and the Philippines while Thailand, Laos, Cambodia and Brunei abstained.

Even though the resolution didn’t get the overwhelming support its backers hoped for, the action by the General Assembly, while not legally binding, reflects international condemnation of the Feb. 1 coup that ousted Aung San Suu Kyi’s party from power and put her under arrest along with many government leaders and politicians, as well as strong opposition to the military crackdown on protesters demanding an end to the army’s takeover.

The resolution’s approval follows calls for more aggressive U.N. action by many countries and Myanmar’s U.N. Ambassador Kyaw Moe Tun, who has been charged with treason by the military junta.

The more powerful U.N. Security Council, whose resolutions are legally binding, has adopted several statements on Myanmar, including condemning the use of violence against peaceful protesters, calling on the military to restore the democratic transition and “exercise utmost restraint” and “on all sides to refrain from violence.” But it has never been able to condemn the coup or authorize an arms embargo or other sanctions because of an almost certain veto by China, and possibly Russia.

The coup reversed years of slow progress toward democracy in Myanmar, which for five decades languished under strict military rule that led to international isolation and sanctions. As the generals loosened their grip, culminating in Aung San Suu Kyi’s rise to leadership in 2015 elections, the international community responded by lifting most sanctions and pouring investment into the country. The coup took place following November elections that Suu Kyi’s party won overwhelmingly but which the military contends were marred by fraud.

The resolution calls on Myanmar’s military junta to restore the country’s democratic transition, condemns its “excessive and lethal violence” since the coup and calls on all countries “to prevent the flow of arms into Myanmar.”

The resolution also calls on the armed forces to immediately and unconditionally release President Win Myint, State Counsellor Suu Kyi and other government officials and politicians detained after the coup, “and all those who have been arbitrarily detained, charged or arrested."

European Union Ambassador Olof Skoog said the resolution “sends a strong and powerful message,” calling it “the broadest and most universal condemnation of the situation in Myanmar to date.”

“It delegitimizes the military junta, condemns its abuse and violence against its own people and demonstrates its isolation in the eyes of the world,” he said. “The U.N. community of nations has expressed resounding support to the people of Myanmar – that their human rights and freedoms must be protected and that their democratically elected leaders must be released from detention.”

Richard Gowan, U.N. director of the International Crisis Group, said he is “only aware of three previous General Assembly resolutions condemning coups in this way since the end of the Cold War” – Haiti in 1991, Burundi in 1993 and Honduras in 2009.

The assembly has called for arms embargoes and sanctions, including on Israel and South Africa during the Cold War, Gowan said, but “this is a rare call to stop arms flows, and Western diplomats deserve credit for getting a fairly clear and firm call to halt arms supplies to Myanmar, especially as ASEAN members had doubts about such language.”

Assessing the impact of the resolution, Gowan told The Associated Press, “The junta will shrug this resolution off, but it will make it harder for them to try to normalize their relations with the wider world, and present the coup as a fait accompli.”

“The General Assembly has effectively warned the generals that if they keep hold of power, they are resigning themselves to pariah status indefinitely ... (and) has sent a clear message that U.N. members are not willing to sweep the coup under the rug,” Gowan said.

The resolution calls on Myanmar to swiftly implement a five-point action plan adopted at an ASEAN summit on April 24. Its plan calls for stopping violence, establishing a constructive dialogue of the parties, appointment of an ASEAN special envoy as mediator, ensuring delivery of humanitarian aid and allowing the mediator’s visit to Myanmar.

The resolution also addresses another major issue facing Myanmar’s military – its relations with ethnic minorities, especially Rohingya Muslims in the northern Rakhine state. Over 700,000 Rohingya fled a military crackdown in 2017 and are now in camps in Bangladesh.

The General Assembly expressed concern over the human rights of the Rohingya and other minorities, singling out the denial of citizenship to almost all Rohingyas “and reiterating the responsibility of the Myanmar armed forces to respect the human rights of all persons in Myanmar.”

It recalled the mandate of the U.N.’s Independent Investigative Mechanism for Myanmar, which is collecting evidence of the most serious international crimes. In a 2019 report, it said Myanmar’s government should be held responsible in international legal forums for alleged genocide against the Rohingya.

The resolution called on Myanmar’s armed forces to immediately facilitate a visit by the U.N. special envoy for Myanmar, Christine Schraner Burgener. She met Security Council members behind closed doors Friday and addressed the General Assembly immediately after the Myanmar resolution was adopted.