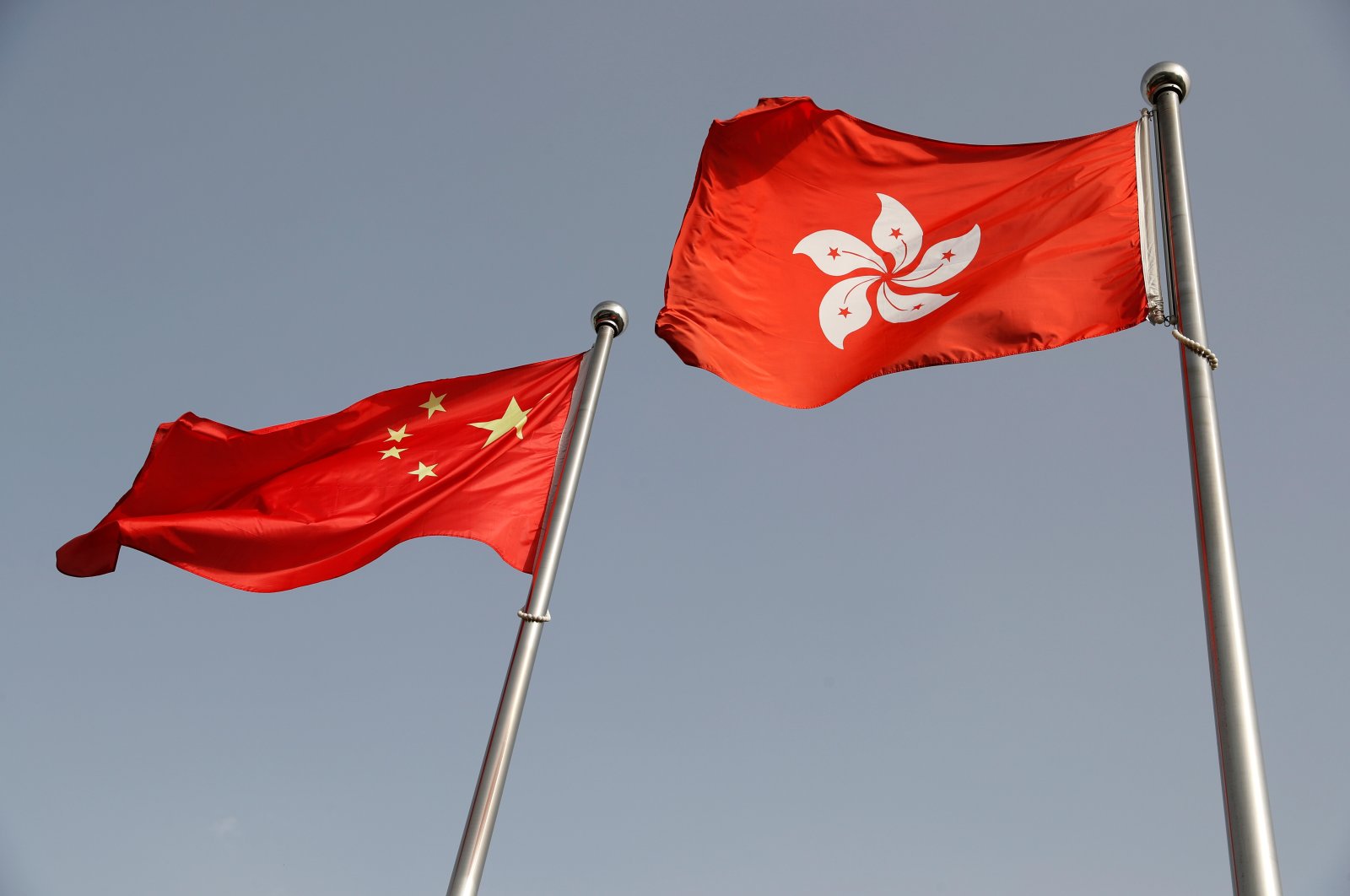 The Chinese and Hong Kong flags flutter at the office of the Government of the Hong Kong Special Administrative Region, ahead of a news conference held by Hong Kong Chief Executive Carrie Lam, in Beijing, China June 3, 2020. (Reuters Photo)
by ASSOCIATED PRESS Sep 04, 2020 11:07 am
RECOMMENDED

In a letter released Friday, the experts said the national security law raised a "serious risk" that fundamental freedoms, such as the freedom of expression and peaceful assembly, may be infringed upon. It also highlighted the undermining of the independent judges and lawyers in the semiautonomous Chinese territory.

"We underscore that general assertions of conduct that threaten 'national security' without proper definitions and limitations may severely curtail civic space, the right to participate in public affairs, the rights of minorities and the work of human rights defenders and other civil society actors and their right to associate," the human rights experts said in the letter dated Sept. 1.

The group of experts consists of independent human rights monitors who work with the U.N. human rights office, including Fionnuala Ni Aolain, the U.N. special rapporteur on the promotion and protection of human rights and fundamental freedoms while countering terrorism.

Hong Kong imposed a national security law – approved by Beijing – on June 30, following anti-government protests in Hong Kong last year against a now-withdrawn extradition bill, which would have allowed extraditions to mainland China.

The national security law makes secessionist, subversive, or terrorist activities illegal as well as foreign intervention in the city’s internal affairs. Hong Kong Chief Executive Carrie Lam has insisted that the law will help bring stability back to Hong Kong after months of unrest.

Critics say the law effectively ends the "one country, two systems" framework under which Hong Kong was promised a high degree of autonomy after it was passed from British to Chinese rule in 1997.

The law extends beyond Hong Kong and targets anyone overseas who violates the legislation, although it is not clear how the law would be enforced. Suspects arrested in Hong Kong under the national security law could also be sent to mainland China to stand trial in exceptional circumstances.

The sweeping legislation has drawn criticism for stipulating that the destruction of government facilities and utilities would be considered subversive while damaging public transportation facilities constitutes an act of terrorism.

In the 14-page letter, the experts called on China to address the concerns of the U.N., including its plans to enforce "extra-territorial jurisdiction," to ensure that it complies with the International Covenant on Civil and Political Rights treaty that China has signed.

The document sent by the U.N. is known as an "other letter," a communication with governments that examines draft or existing legislation, policy, or practice that is deemed out-of-step and noncompliant with international human rights norms.

The letter follows the first in-depth appraisal of the Hong Kong security law from the U.N. human rights system, though officials including U.N. human rights chief, Michelle Bachelet, have previously expressed concerns about it.

Unlike other types of communications from the U.N. human rights system with governments, which remain confidential for nearly two months to give them time to respond, "other letters" give governments only two days advance notice.