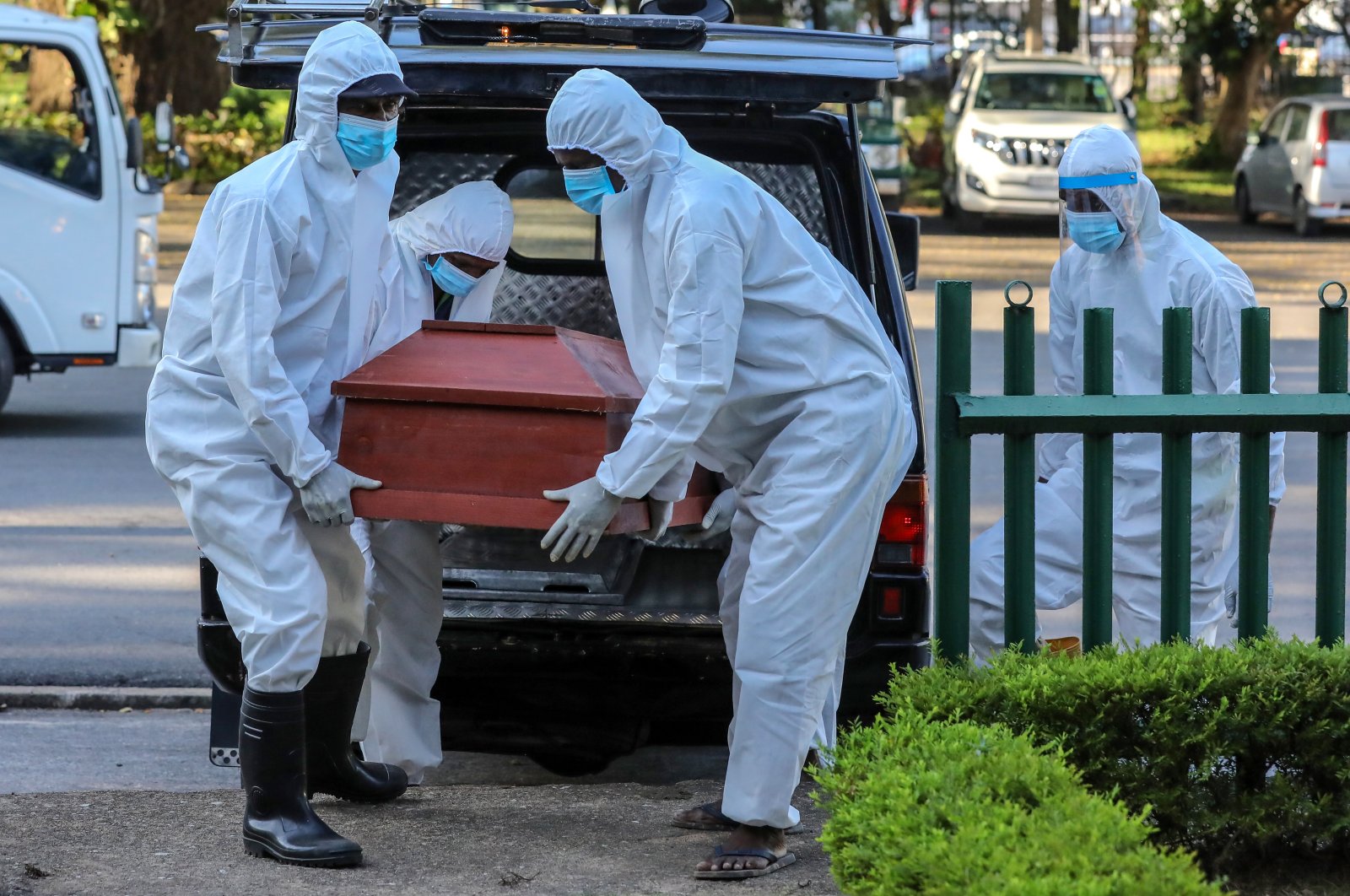 Municipal workers carry a coffin of a coronavirus-related victim to the crematorium at the public cemetery in Colombo, Sri Lanka, Jan. 22, 2021. (EPA Photo)
by Anadolu Agency Jan 25, 2021 10:43 pm
RECOMMENDED

A group of U.N. human rights experts Monday urged the Sri Lankan government to end its policy of forced cremation of Muslims who has died of coronavirus, saying it is contrary to Islamic and other minorities' beliefs.

"The imposition of cremation as the only option for handling the bodies confirmed or suspected of COVID-19 amounts to a human rights violation," said the experts.

"There has been no established medical or scientific evidence in Sri Lanka or other countries that burial of dead bodies leads to increased risk of spreading communicable diseases such as COVID-19," they noted.

As of Jan. 21, 274 COVID-19 related deaths were reported in Sri Lanka, with many deaths belonging to Muslim minorities.

All of the bodies were cremated in line with the fourth amendment of the Provisional Clinical Practice Guidelines on COVID-19 suspected and confirmed patients issued on March 31, 2020.

"The decision to make cremation mandatory followed alleged expert advice, including by the chief epidemiologist who claimed that burials could contaminate ground drinking water," the statement said.

However, the experts said the World Health Organization (WHO) has reiterated there is no evidence to suggest that burial prevents the spread of the disease.

Further, the College of Community Physicians of Sri Lanka and the Sri Lanka Medical Association issued statements recently clarifying that there has been no proof that the burial of COVID-19 dead bodies constitutes a public health hazard.

"While we must be alert to the serious public health challenges posed by the pandemic, COVID-19 measures must respect and protect the dignity of the dead, their cultural and religious traditions or beliefs, and their families throughout," the experts said.

They deplored the implementation of public health decisions "based on discrimination, aggressive nationalism and ethnocentrism amounting to the persecution of Muslims and other minorities in the country."

"Such hostility against the minorities exacerbates existing prejudices, intercommunal tensions, and religious intolerance, sowing fear and distrust while inciting further hatred and violence," the experts said.

"We are equally concerned that such a policy deters the poor and the most vulnerable from accessing public healthcare over fears of discrimination," they added.