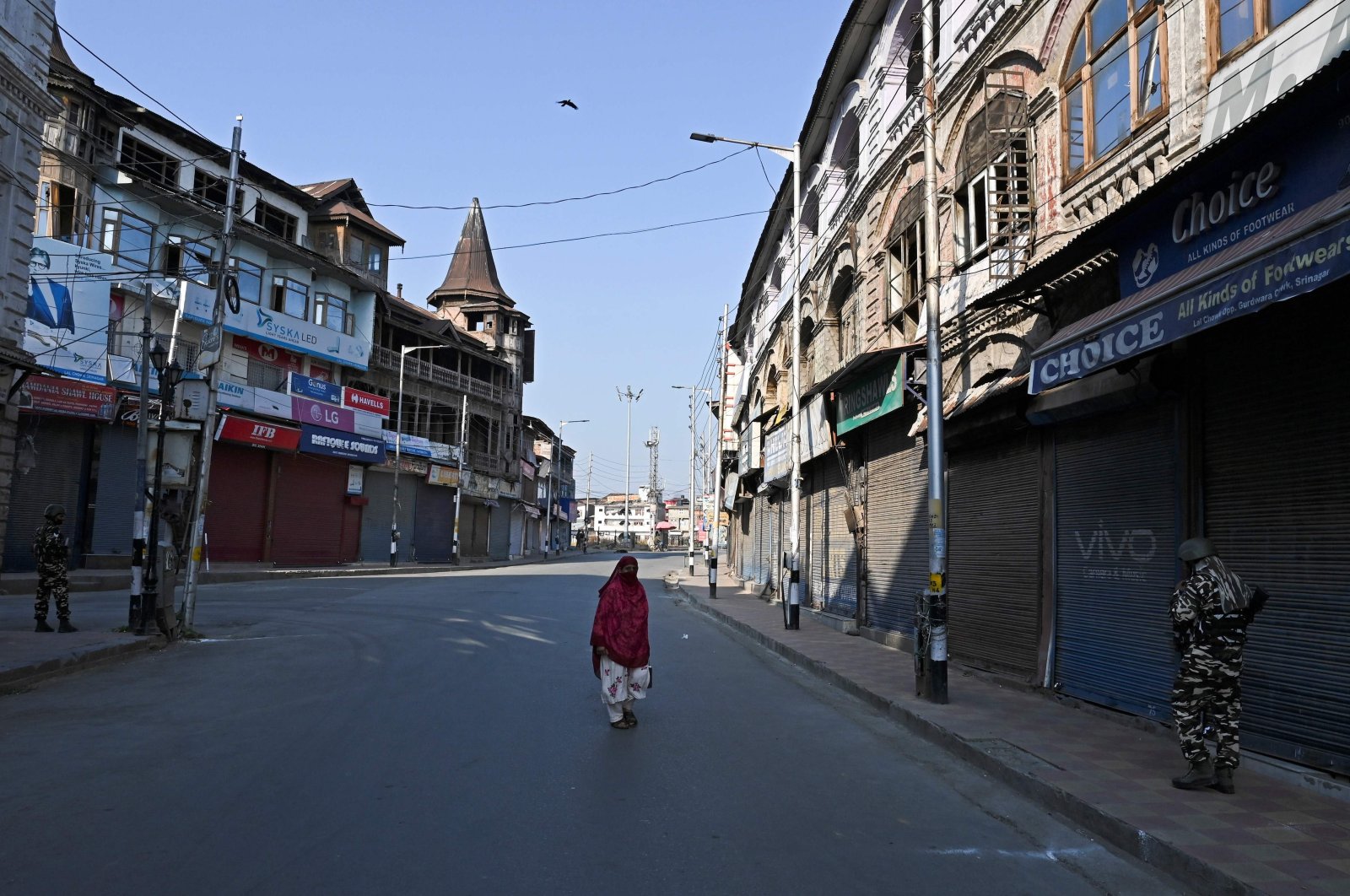 A woman walks along a street as security personnel stand guard during the one-year anniversary of the restive Kashmir region being stripped of its autonomy, Srinagar, Indian-occupied Jammu and Kashmir, Aug. 5, 2020. (AFP Photo)
by Agencies Aug 06, 2020 12:04 pm
RECOMMENDED

The United Nations Security Council discussed disputed Kashmir at Pakistan's request Wednesday for the third time since India’s Hindu nationalist government decided to end the Muslim-majority region’s semi-autonomy a year ago. The U.N.’s most powerful body did not take any action or issue a statement after the virtual meeting behind closed doors.

Nonetheless, Pakistan’s Foreign Minister Shah Mahmood Qureshi said afterward that holding the meeting signified “that Jammu and Kashmir is an international dispute firmly on the agenda of the Security Council and has nullified, yet another time, the Indian self-serving claim that it is an ‘internal matter.’”

Qureshi said in remarks circulated by Pakistan’s U.N. Mission that the international community “should exercise its moral, legal and political authority to call out India to reverse the tide of impunity and stop the genocide of the Kashmiri people.” He urged India to reverse its unilateral actions, stop human rights and cease-fire violations, remove restrictions on communications, movement and peaceful assembly, and immediately release Kashmir’s leaders.