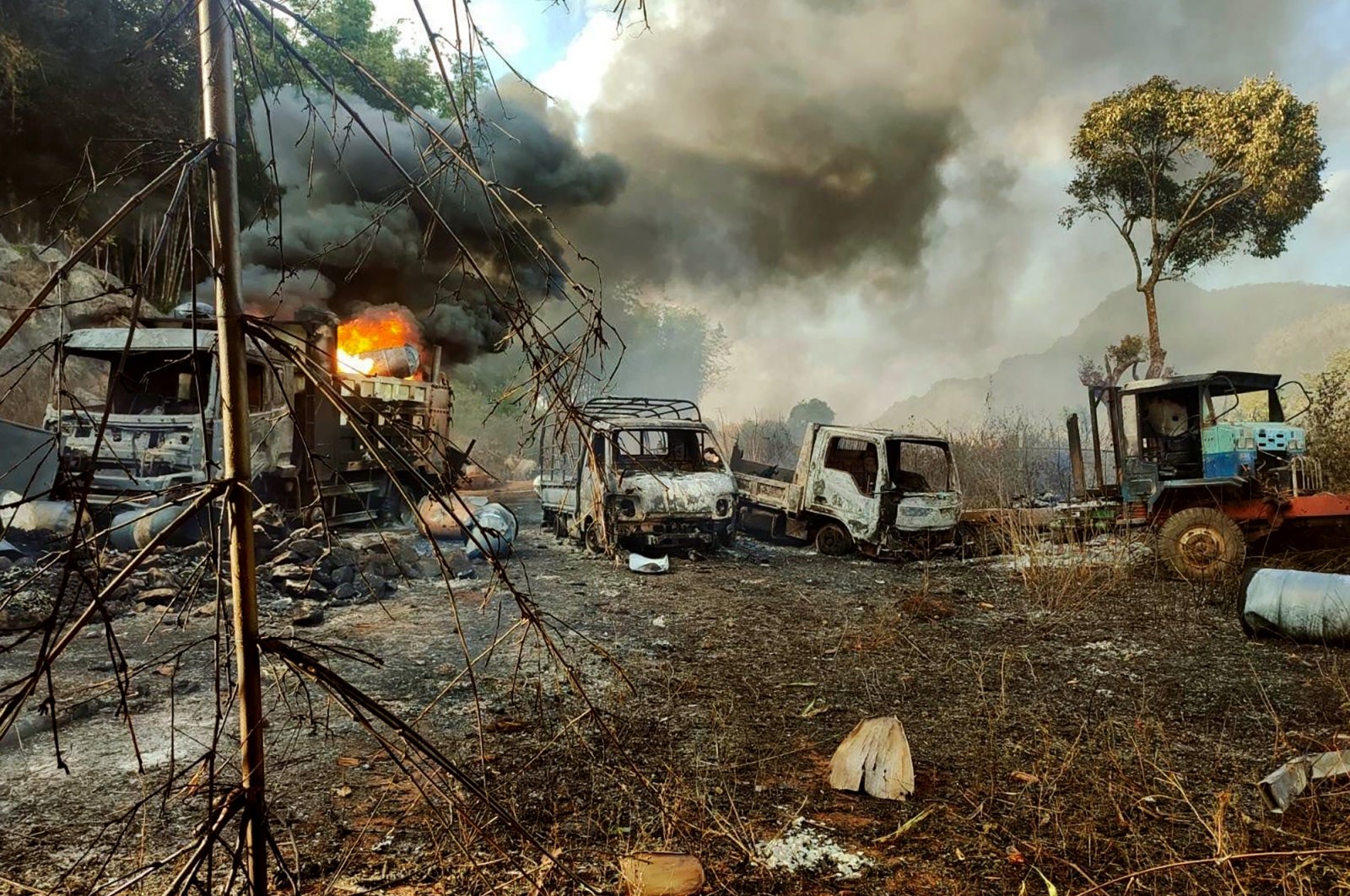 A United Nations official said Sunday he was "horrified" by credible reports that at least 35 civilians were killed and their bodies burned in Myanmar, and demanded the government launch an investigation.

Two workers for non-profit group Save the Children remain missing after their vehicle was among several that were attacked and burned in the incident in eastern Kaya state.

A monitoring group and local media have blamed the attack on junta troops.

"I condemn this grievous incident and all attacks against civilians throughout the country," United Nations under-secretary-general for humanitarian affairs Martin Griffiths said in a statement.

He called for "a thorough and transparent investigation."

Myanmar has been in chaos since a February coup, with more than 1,300 people killed in a crackdown by security forces, according to a local monitoring group.

"People's Defence Forces" (PDF) have sprung up across the country to fight the junta, and have drawn the military into a bloody stalemate of clashes and reprisals.

On Saturday, photos appeared on social media purporting to show two burned-out trucks and a car on a highway in Hpruso township in Kayah state, with the charred remains of bodies inside.

A member of a local PDF group said its fighters had found the vehicles Saturday morning after hearing the military had stopped several vehicles in Hpruso after clashes with its fighters nearby on Friday.

"When we went to check in the area this morning, we found dead bodies burnt in two trucks. We found 27 dead bodies," he told Agence France-Presse (AFP) on condition of anonymity Saturday.

"We found 27 skulls," said another witness who did not want to be named, and who said there were other dead bodies that could not be counted.

Save the Children said later Saturday that two of its Myanmar staff had been "caught up" in the incident and were missing.

The two had been traveling home after carrying out humanitarian work in the region, the charity said in a statement, adding it had since suspended its work in several regions.

Myanmar's junta previously said its troops had been attacked in Hpruso on Friday after attempting to stop seven cars driving in a "suspicious way."

Troops had killed a number of people in the following clash, spokesperson Zaw Min Tun told AFP, without giving details.

The Myanmar Witness monitor said it had confirmed local media reports and witness accounts from local fighters "that 35 people including children and women were burnt and killed by the military on Dec. 24 in Hpruso township."

AFP was unable to confirm the reports surrounding the clash, but AFP digital verification reporters said the images purporting to show the incident had not appeared online before Friday evening.

PDF groups have surprised the army with their effectiveness, analysts have said, as the military struggles to break resistance to its rule.