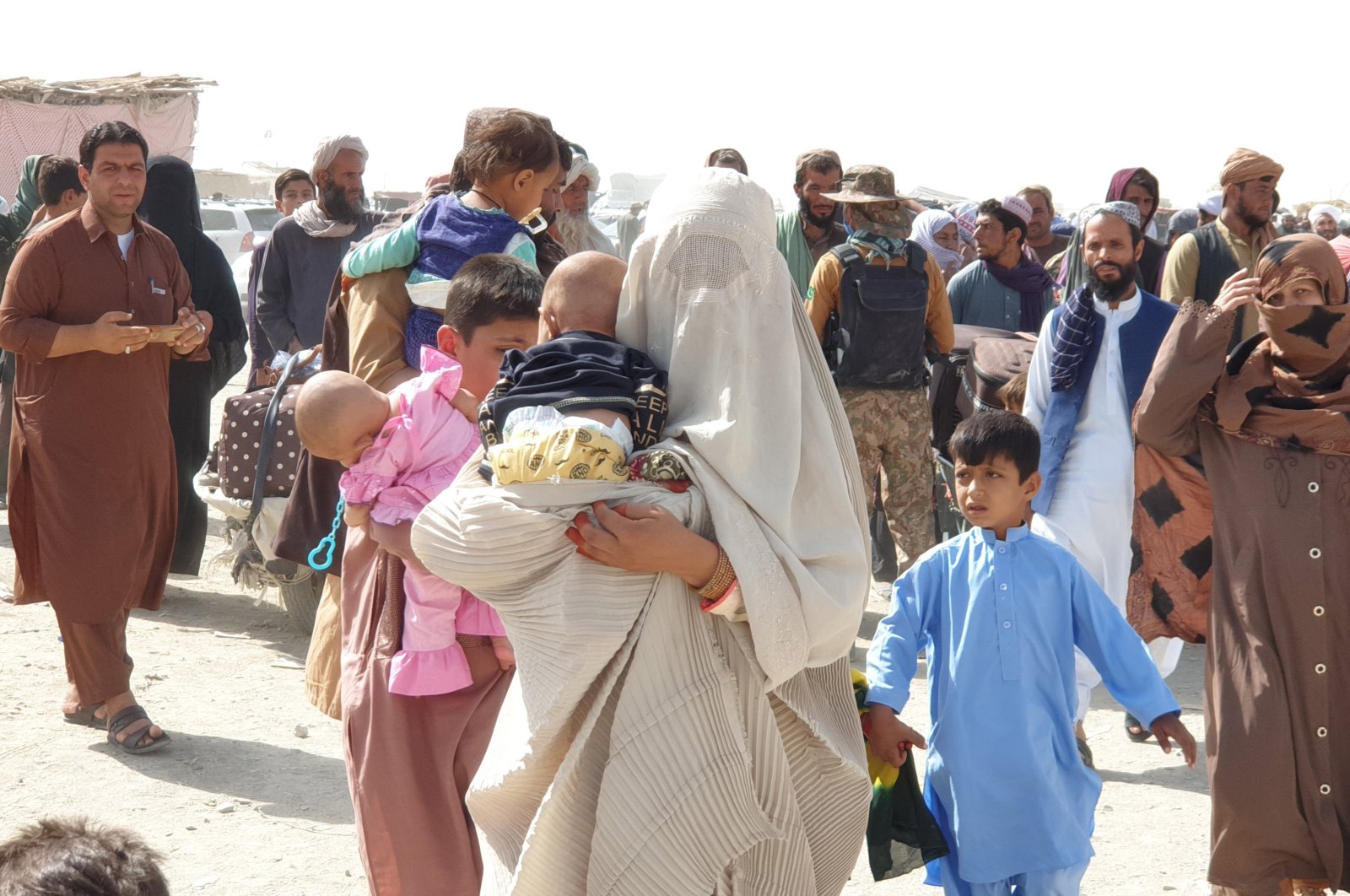 The United Nations warned that up to half a million people from Afghanistan could be forced to flee their homeland by the end of 2021 amid ongoing turmoil in the country following the takeover by Taliban militants.

As a crisis unfolds in the country, a few thousand Afghans have been recorded as entering Iran daily, while traders continue going back and forth from Afghanistan to Pakistan, said Kelly Clements, deputy U.N. High Commissioner for Refugees.

"In terms of numbers, we are preparing for around 500,000 new refugees in the region. This is a worst-case scenario," Clements told a Geneva news briefing.

"While we have not seen large outflows of Afghans at this point, the situation inside Afghanistan has evolved more rapidly than anyone expected," she added.

She stressed, in particular, the need to boost support for neighboring countries that already host more than 2.2 million Afghan refugees and which could soon see a fresh influx.

Even before the Taliban swept into power in Afghanistan nearly two weeks ago, the humanitarian situation in the country had deteriorated dramatically.

Half of the population was already in need of humanitarian assistance, and half of all children under five were estimated to be acutely malnourished.

The U.N. on Friday presented a plan for U.N. agencies and partner NGOs to prepare for and respond to the unfolding crisis within Afghanistan and in neighboring countries.

It urgently appealed for nearly $300 million to fund the plan.

"We are appealing to all countries neighboring Afghanistan to keep their borders open so that those seeking safety can find safety," Clements said.

In particular, Iran and Pakistan, who together host 90% of the Afghan refugees in the region, along with some 3 million other Afghans without refugee status, "will need a lot of support," she said.

So far, the overwhelming majority of people fleeing the surge in violence in Afghanistan have remained inside the country.

During the same period, nearly 560,000 Afghans fled within the country, joining some 2.9 million internally displaced people already registered there at the end of 2020, the agency said.

More than 80% of those displaced in 2021 have been women and children.

Following the Taliban's takeover of the rule in war-torn Afghanistan, European countries, including Turkey, have tightened measures against a new influx of irregular migrants.

Traffic on this key migration route from Central Asia to Europe has remained relatively stable compared to previous years. But the fear about the sudden return of Taliban rule in Afghanistan could change that.

Haunted by a 2015 migration crisis fueled by the Syrian war, European leaders desperately want to avoid another large-scale influx of refugees and migrants from Afghanistan. Except for those who helped Western forces in the country's two-decade war, the message to Afghans considering fleeing to Europe is: If you must leave, go to neighboring countries, but don’t come here.